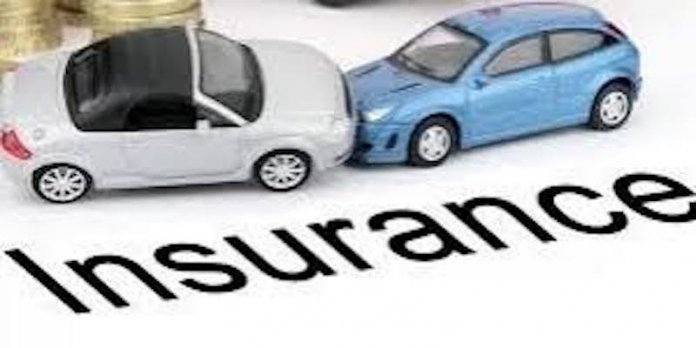 Insurance penetration in Nigeria remains low and below the African and international averages, despite having the advantage of a huge population of nearly 200 million, of which the greater percentage is youthful, the sector’s contribution to the nation’s gross domestic product (GDP) has remained at abysmal less than one percent.

According to industry statistics, Nigeria’s insurance penetration rate (IPR) in 2013 was 0.39 percent, down from 0.48 percent in 2010. The IPR however worsened to 0.06 percent in 2016, while the insurance sector’s contribution to Nigeria’s real GDP was abysmally low at only 0.02 percent. Also according to a 2013 survey by NOI Polls, 86 percent of Nigerians polled do not have any form of health insurance cover.

The aforementioned statistics provide a good backdrop to the country’s insurance sector huge potential for growth. Though the sector, is not specifically mentioned as one of the focus sectors of the Economic Recovery and Growth Plan (ERGP), it however can be an important contributor to the ERGP.

In general, there is limited public awareness of insurance in Nigeria, and distrust by those who are aware of it, especially in urban areas. Insurance amongst other things provide financial support and reduce uncertainties in business and human life. It provides safety and security against particular event. Insurance also provides a cover against any sudden loss. For example, in case of life insurance financial assistance is provided to the family of the insured on his death.

As the nation fights another recession, the repositioning of the country’s insurance industry will not only increase its contribution to the Gross Domestic Product (GDP), but as well minimises the risk associated with economic activity and enable the efficient allocation of risk in the broader economy.

Effort to Improve the Insurance Sector

On December 14 and 15, the House of Representatives Committee on Insurance and Actuarial Services held a two-day public hearing on a Bill seeking to regulate the insurance industry in order to develop the sector, to protect the interest of policyholders and prospective policyholders under insurance policies in ways that are consistent with the continued development of a viable, competitive and innovative insurance industry.

The legislation titled, ”Bill for an Act to Repeal and Consolidate Insurance Laws and other related matters”, is sponsored by the Chairman of the Committee, Hon. Darlington Nwokocha.

According to the Bill’s draft, the regulations and other regulatory instruments issued by the Commission pursuant to this Bill, shall determine who carries on insurance business in Nigeria and require insurance operators, the directors and the management of insurance operators to meet certain suitability requirements.

Other objectives of the Bill include, ”Providing for an effective mechanism for settlement of insurance disputes. Except as may otherwise be provided by this Bill, the provisions of this Bill shall apply to regulation and supervision of all insurance business, derivatives of insurance business and insurance operators in Nigeria. This Act applies to all insurance business and insurers, other than insurance business carried on or by insurers of the following description: a friendly society that is an association of persons established with no share for the purposes of aiding its members or their dependents where such association does not employ any person whose main occupation is the canvassing of other persons to become members of the association, or collecting of contributions or subscriptions towards the funds of the association from its members; or a company or any other body (whether corporate or unincorporated) or person whose business is established outside Nigeria, engaged solely in reinsurance transactions with an insurer authorized or pursuant to the provisions of this Bill to carry on any class of insurance business, but not otherwise however.”

Speaking at the two-day hearing, which was attended by major stakeholders such as the apex insurance regulator, National Insurance Commission (NAICOM) and the Central Bank of Nigeria (CBN), the Chairman of the Committee, Hon. Darlington Nwokocha said that the country’s insurance laws were outdated and completely out of touch with the realities of the modern times.

He said the lawmakers will amend the extant pieces of legislation.

The lawmaker said, “Having taken time to study the insurance Act 2003 and other pieces of insurance legislation in Nigeria, we can confirm that much of the provisions of the insurance laws are out of tune with modern realities. In particular, the sanctions regime is weak. In some cases, as with the Motor Vehicle (Third Party Insurance) Act 1945, the prescribed fines are stated in pound sterling instead of naira.

“Also, the amounts stated as fines in the various laws are grossly insufficient. Some provisions prescribed something as low as N2 and N5 respectively. In the modern time, the philosophy of penal punishment advocates effective and dissuasive sanctions. We’ll consolidate it with other existing insurance laws, introducing changes that can make the insurance sector become a real growth driver for the Nigerian economy.”

Speaking further, Nwokocha said that public hearing was necessary to elicits the views and inputs of Nigerians on the amendments.

According to him, ‘’The essence of this public hearing is to collect and collate all sheds of opinion to ensure that the outcome represents the views of all stakeholders. We have invited all relevant stakeholders and we hope that everyone is here for this important deliberation. We are going to do our best to ensure that this objective is attained.

“Furthermore, the extant insurance laws are written in a prescriptive form. Following the global economic crises of 2009, the financial regulatory world has moved toward risk-based supervision. Most jurisdictions have successfully gone risk-based. Even in Nigeria, all the sister financial sector regulatory bodies, including CBN, NDIC and Pencom have all implemented risk-based supervision.

“The challenges of public confidence must be addressed. The regular courts appear to be overcrowded and do not seem to have the time to attend to insurance cases which ought to be treated with dispatch. Besides, the Complaint Bureau established under the provisions of Section 8 of the Insurance Act 2003, is grossly inefficient and indeed incapable of addressing the dispute settlement needs of the emerging insurance sector.

“At the same time, the insurance regulatory personnel require structured training to be effective with work of regulation and supervision of the insurance sector in Nigeria, matching their counterparts in other jurisdictions. This underscores the need for a proper regulatory academy that is devoted to training and retraining regulatory and supervisory officers as is the case with CBN and NDIC. Relatedly, the regulator should have its operations automated to remove unnecessary bottlenecks in its licensing and approval process.

In his welcome address, Speaker of the House, Hon. Femi Gbajabiamila said it was necessary to rejig the insurance laws in Nigeria.

According to him, “We begin this difficult but rewarding task of conducting Public Hearing on the Insurance Bill 2020. I understand that the broad objective of this Bill is to amend the Insurance Act 2003 and consolidate it with other extant insurance legislation in Nigeria. This process is expected to deliver a robust regulatory framework that will change the face of insurance business in Nigeria and position the insurance sector as a major growth driver for our national economy.

“This would be highly desirable, especially in light of our rapidly contracting national economy. As you are aware, in the current year, the Nigerian economy has been badly affected by the COVID 19 pandemic. Government is currently battling, through various economic intervention programs to bring the economy back to its feet. Although we are optimistic of emerging stronger from the present recession, current efforts are yielding only limited success. Therefore, both the federal and state governments, at this time, should be interested in virgin sectors that can be explored to national economic advantage. One of such sectors is the insurance sector”, he said.

Contributing to the issue, the Governor of Central Bank of Nigeria, Godwin Emefiele who was represented by the Director of Legal Services, Mr Adedeji Lawal called for the upward review of medical insurance.

He said, “Some sections are quite vague particularly in licensing of insurance companies and there’s need for upward review of medical insurance from 100k to 500. Share capital should be left with NAICOM and sanctions should be minimum and not maximum”.

In the proposal mulling for stakeholders support of the legislation towards its passage into law, the lawmakers highlighted the major improvements proposed in the Bill and identified the funding sources for some critical reforms initiatives.

The proposal also recommends strong collaboration between the legislature and executive to realize the objective.

According to the reform initiatives underlined in the proposal, when implemented, will deepen the insurance sector’s contribution to the Nigerian economy to about N2 Trillion.

Also the reform has the potential for boosting foreign direct investment (FDI) and creating over 1million additional jobs directly and indirectly while alleviating poverty by increasing financial inclusion.

The legislators further explained that major anticipated advantages of the reform initiatives include, ”The ongoing recapitalization process of the insurance industry will be anchored on a modern and robust insurance regulatory framework that meets current international best practice. This particularly overcomes the present challenge of implementing the recapitalization exercise within the framework of the obsolete Insurance Act 2003, with attendant huge financial burden on the industry that defeats the laudable objectives of the recapitalization exercise.

”Appreciable expansion in the total contribution by the insurance sector to the country’s Gross Domestic Product (GDP), estimated at over N2 Trillion annually; Creation of over 1 million new jobs directly and indirectly; and Bringing efficiency and effectiveness in insurance supervision by implementing risk-based supervision and establishing a decentralized insurance regulatory academy.”

The challenges of public confidence must be addressed. The regular courts appear to be overcrowded and do not seem to have the time to attend to insurance cases which ought to be treated with dispatch. Besides, the Complaint Bureau established under the provisions of Section 8 of the Insurance Act 2003, is grossly inefficient and indeed incapable of addressing the dispute settlement needs of the emerging insurance sector