Combined forces of the Ekiti State Police Command, Amotekun Corps and hunters at the weekend rescued a victim, Oluwaseun Fatile out of two persons that were kidnapped by unknown gunmen in Ekiti State.

The incident happened along Isan-Iludun road at about 6pm, when gunmen stopped the vehicle conveying the commuters and abducted them to an unknown location.

The security outfits are still making efforts to rescue the second abductee, Happiness Ajayi from the captors.

The former Commissioner for Agriculture in Ekiti State, Mr Folorunso Olabode, was kidnapped along the route while one of his political associates was shot dead by the gunmen.

A source from Iludun Ekiti confirmed the incident in Ado Ekiti yesterday, noting that a vehicle coming behind the victims quickly alerted the police and Amotekun corps for speedy action.

The source added that it was “a vehicle coming behind the vehicle conveying the victims that stopped his car and fled into the bush to contact some people.

“The people contacted immediately called the police in Oye Ekiti and Amotekun corps who were joined by local hunters gave the gunmen a hot chase into the bush and rescued one of the victims”.

Abutu in a statement said: “On December 25, at about 6pm, a distress call was received by Oye DPO that some unknown gunmen forcefully stopped one Lexus Sport Utility Vehicle along Isan/Iludun Ekiti road and kidnapped the two occupants.

“Upon receipt of the information, the DPO led his team to the scene with the assistance of the Amotekun Corps, the vigilantes and the Hunters, one of the victims was rescued while serious effort is ongoing to ensure the rescue of the other victim”.

Abutu said the success of the operation indicated the readiness of the police to work with the locals in Ekiti to rid the state of criminal elements.

He said the Commissioner of Police, Mr Babatunde Mobayo implored anyone with useful information concerning the incident or other criminal activities to please, contact the nearest police station for prompt action.

Also speaking, Amotekun corps commander in Ekiti, Brig.-Gen. Joe Komolafe, said the victims were waylaid by the gunmen who opened fire on them before they stopped their vehicle.

Komolafe explained that it took the quick intervention of his men who were on routine patrol to give the kidnappers a chase and rescued Oluwaseun.

He said: “We got a distress call from the people on Friday that some persons were abducted along the Iludun-Ekiti road. We quickly dashed down there and were able to rescue one person from the kidnappers after my men gave them a serious manhunt in the bush.

“The victims were ambushed at a bad spot and when they were trying to make a detour and escape, another set came out from the bush from their back and started shooting at the direction of the vehicle from both ends.

“In their wisdom (the victims) hurriedly opened the vehicle and ran into the bush from different directions. They were pursued by the gunmen and abducted. But we were able to rescue Oluwaseun from them.

“Sensing danger from the Amotekun corps, the kidnappers abandoned Oluwaseun for us and we have been in the bush with other security agents since yesterday trying to rescue the other person.”

Komolafe called on residents of the state not to panic, noting that Amotekun “is working in collaboration with other security agents to ensure the safe return of the victim and maximum security on the highways during the yuletide.” 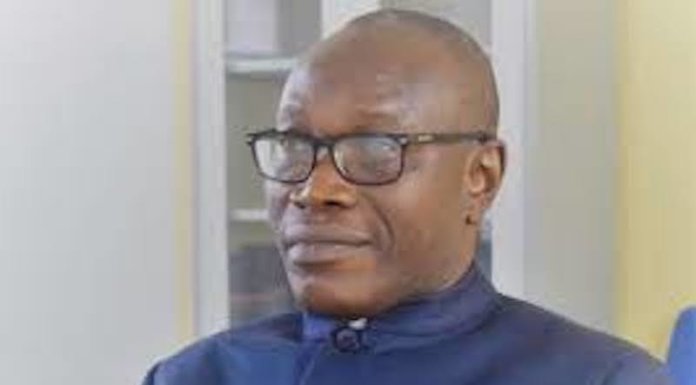