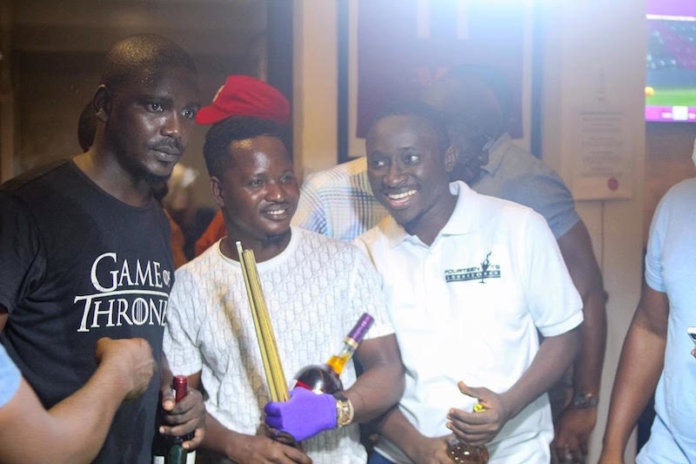 The winner smiled home with a total of N320,000 – more than double the promised prize money.

Also, the first and second runners up positions went to Samuel Olumide and Dafe Agbah, both winning N220,000 and N85,000 in prize money, respectively.

It kicked off with a draw that produced the contenders on Friday, while the games proper began the following day with players aiming for the big prize.

According to sponsors of the event, snooker is a developmental game that should be encouraged.

“Snooker is not just a leisure sport. It can train the mind to focus and build determination which becomes useful in every facet of life.

“As an organization, we identify with sport generally because of the inherent physical and mental benefits it provides to players, as well as the togetherness it fosters even among an audience of total strangers,” the Managing Director of VFD Microfinance bank, owners of Vbank Azubike Emodi said.

After a round of 32 games played on the opening day, 16 players moved to the knock-out stage on Sunday leading to the emergence of three finalists- Waliu Wale Nojimu, Samuel Olumide and Dafe Agbah

However, the audience was enthralled by the quality of play that they donated additional money to each finalist.

The organisers hope to make this a recurring tournament to grow the sport.