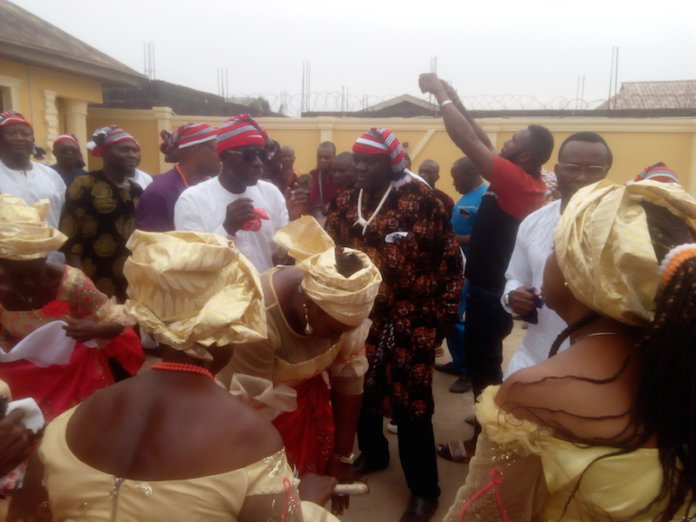 The Chairman of the Association, Mazi Chukwuemeka Orie, said the aim of the association is to gather all the Igbo people in Ijoko and its environ together so as to assist one another in any given way, as well as to help the community they are living in to develop and bring progress to the area.

Orie noted however that the end of the year gathering was also to thank God for His numerous provisions and protection all through the year, especially during the pandemic and uproars witnessed in the nation.

He also added that highlight of the end of the year event will be the inauguration of new exco members who are to see to the successful running of the activities of the association in the next couple of months.

“Igbo Bu Otu has been in existence ever before I relocated to Arepo. So, I came in here to join them likewise others who have also relocated to this end recently.

“Since I took over the chairmanship of the association in March this year, one thing I have been able to achieve is the registration of the association formally with the Corporate Affairs Commission in Abuja so that we can have all the legal backing required.”

He advised members to maintain peace and order amongst themselves and also to co-exist peacefully in the environments they live in.

Leader of the women group of Igbo Bu Otu, Mrs. Christiana Amamba, who said the gathering was also to inaugurate the association as well as to launch the women’s new uniform, expressed joy over the divine enablement they had to gather at the end of the year in order to appreciate God for His protection and provisions all through despite how tough the year has been.

Although she expressed dissatisfaction over the recent activities in the association, revealing that her late husband who was the founder of the association tried all he could to sustain it while he was alive, she said however that after her husband’s demise, things have not been really working like it was envisioned by her late husband.

“When my husband, Jonathan Amamba came to Arepo, he started gathering all the Igbo speaking tribes together wherever he found them and when my husband died, I continued in that spirit upholding the association and it has been five years I have been doing this but recently there have some activities witnessed in the association which ought not to be and this is not healthy to the association”, Amamba said.

The special guest, Chinedu Raymond Emezu, the Eze Udo Ndigbo in Arepo, described the event as welcoming, noting, “Igbo Bu Otu is one of the Igbo associations here in Arepro and we are proud of them. I am so happy to be associated with them and I look forward to working with them to make peace in Areapo and its environs”.