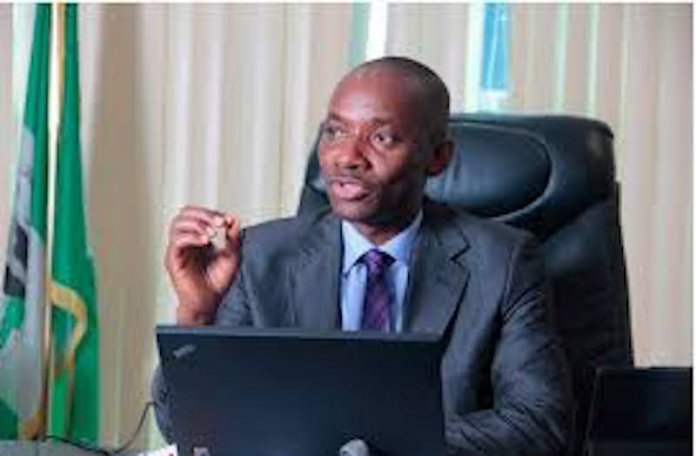 Amadi, who spoke when he appeared on The Morning Show, a breakfast programme on ARISE NEWS Channel, a sister broadcast arm of THISDAY Newspapers, explained that the development will engender competition among the grid operators who will thrive to outdo one another.

According to him, though the regionalisation may create disparity in the quality of power supply across regions, eventually some of the region’s will catch up and become efficient.
He stated that the problems with the sector were multi-faceted, including managerial and political issues , misalignments as well as investment challenges.

He said: “There is acute and comprehensive shortages and there are issues of geography like in the North where you have sparsely populated and dispersed areas, which require long lines of network.
“If that is not looped, then total losses will be very high. We have shortage of quality of transmission network, shortage of generation, meaning that we don’t even have capacity. Some 4,000mw, potentially available and sometimes 2,300mw.

“We have distribution network problems. There’s low tolerance level in the sense that if something snaps, something quickly takes it up. There’s also poor managerial capability and maintenance culture, which means that we have not done any maintenance, oversight etc for a long time. They are old problems.

“But in solving them, we think there’s disruptive, disjointed approach in terms of reforms, (they) privatise this, privatise that instead of a gradual incremental managerial improvement on the managerial side and investment and project management will get underway.

“If you privatise the grid, like you have with the distribution companies, where you have scarcity, a market that’s almost non-existent, then you can be sure who comes to the market and have the managerial and financial capacity to make the kind of needed investment.”
In solving the problems, he said decentralisation could play a positive role, adding that as it is currently constituted, much of the financing in the sector goes into funding the bureaucracy as represented by the power minister and across the entire strata.

“We talk about decentralisation, we probably need to be thinking about it on the national grid. But one outcome is that there will be significant improvement in some grids and grid loss in some.

“Again, the problem is political; we get our power based on sharing formula. Not based on use. If I have control over the usage formula, Lagos zone will get much more power than Yola that is quite distant and removed from source of supply.

“Primarily, regionalisation will improve our supply, improve local competencies, give some gap for some people to catch up and grow. Technology is changing, moving from large scale to modular capacity in terms of embedded generation, isolated distribution network, convergence in transmission network.

“We need to rethink the grid. But the primary problem is elementary, managerial, capacity and investment and how much goes into the sector problem instead of financing the bureaucracy that’s wasteful and incompetent.

“Look at the leadership structure of the electricity market today, from minister downwards. Let’s have some incremental improvement before disruptive things. “Regionalising the grid could be a way to take the large-scale inefficiency away from the system,” he added.

He described the Siemens deal as a good move, but lamented that NERC was sidelined throughout the process, making it fail to exercise some prudency checks in it the execution.
Amadi said Nigeria should have commercialised, rather than privatise the power sector, like Egypt did, adding that the sector cannot move from N20 to N40 without commensurate improvement in quality of service.

“The Discos have failed in their duty because they are not able to improve services. They are not engaging their customers. We need a lot of communication,” he stated.
He said those who invested in the sector deployed short term or ‘hot funds’ into an industry that requires long-term returns, noting that they are now desperate to make quick returns on their investment because of the nature of the monies put into the business.