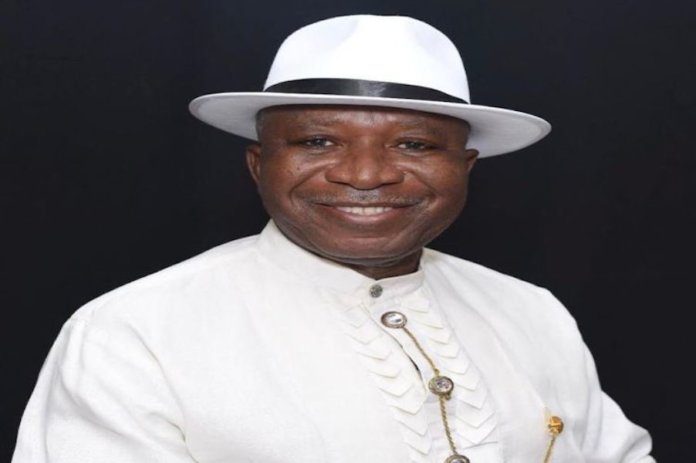 Since June 26, 2009 when the government of President Umaru Musa Yar’Adua announced the establishment of the Presidential Amnesty Programme to move the Niger Delta Region forward, nothing has inspired millions of Niger Deltans with hope for brighter prospects as the challenge by ex-militants’ leaders to each other to end sea piracy and kidnapping in the region in a bid to foster the development of the Niger Delta communities. They also pledged to work with the Amnesty Programme to see to the achievement of its objectives

The Presidential Amnesty Programme is one of the most sensitive initiatives to bring peace in the troubled Niger Delta region through disarmament, empowerment and reintegration of the youths

The challenge by ex-militants was part of the resolutions from a peace building meeting with the leadership of the ex-agitators, now referred to as delegates drawn from the nine states of the Niger Delta, which culminated in an interactive session with the Interim Administrator, Presidential Amnesty Programme, Col. Milland Dixon Dikio (rtd) in Agadagba -Obon,Ondo State on December 18, 2020.

One of the prominent ex-agitator leaders in Ondo State, High Chief Bibopiri Ajube, also known as General Shoot-at-Sight who made this call in the meeting urged his colleagues to work with the Presidential Amnesty Programme to foster security and development in the Niger Delta. They all assured the PAP Administrator of their solidarity.

“We’re ready to work with you sir. My brothers here are telling you that there will be no road blocking henceforth. This leadership is with you, anytime you need us, call Boyloaf, call us. We will call each other and work with you.”

Chief Ajube, while appealing for a restructuring of the Amnesty office, admonished his colleagues to go back and end sea piracy and kidnapping in their various territories, stressing that no government will send contractors to develop the youth and community where there are high levels of insecurity. He also vowed to work with the security agencies to curb sea piracy and kidnapping.

“Why are our people still involved in sea piracy and kidnapping? We are missing something. If you are supporting this evil, which government will come and develop your land? Our agreement henceforth from this meeting; no more sea piracy, no more kidnapping.”

Spokesperson for the delegates, former IYC President, Dr Chris Ekiyor, while thanking the Interim Administrator for taking the initiative to meet the leaders, urged him to collaborate with other Niger Delta related agencies and institutions set up by the Federal Government so that the Programme will not be overburdened with issues that these agencies should oversee, such as infrastructure and gainful employment of youth in the region.

He also promised that the delegates will work hand in glove with the Interim Administrator and pledged their absolute support for him even as they anticipate reforms in the Amnesty Programme that will bring the needed momentum towards development.

Col. Dikio thanked the delegates for their commitment to continue to work with the Programme and assured them that their genuine demands would be looked into.

He also reiterated his vision to refocus the Presidential Amnesty Programme to its original mandate of development, security and peace of the Niger Delta region while working with the various governments in the region to make the Niger Delta the most secure place to live and do business in Nigeria.

According to Colonel Dikio, the Programme will work to transform the ex-agitators into entrepreneurs and employable citizens who will become net contributors to the economy of the region through effective collaborations.

The Presidential Amnesty Programme was designed for 30,000 ex-agitators and the Niger Delta impacted communities. The current management of the Programme seeks to ensure that its mandate is followed and effectively executed.