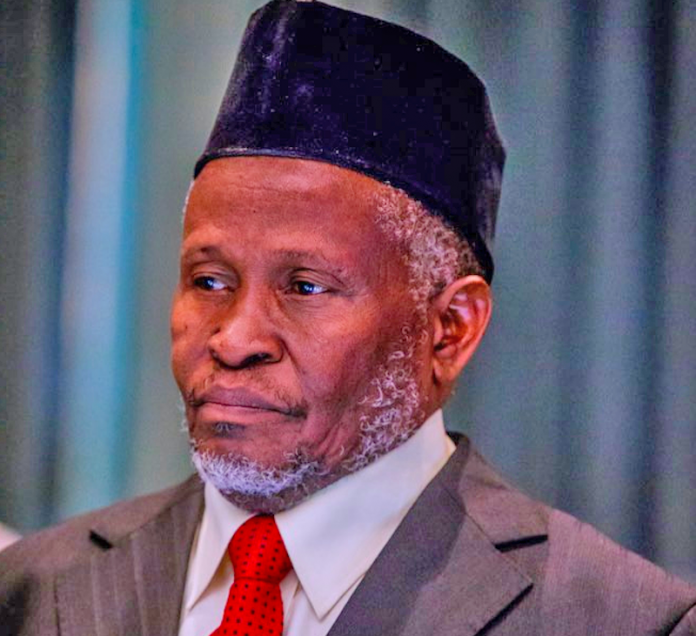 When the Chief Judge of the Federal High Court, Justice John Terhemba Tsoho, was sworn in as the substantive Head of the Court on December 13, 2019, by the Chief Justice of Nigeria, Hon Justice Ibrahim Tanko Mohammad, he knew what he wanted to do to advance the frontiers of swift justice delivery within the court’s jurisdiction.

“I am committed to improving on the achievements of my predecessors in office, both in terms of infrastructure and human resources development”, Justice Tsoho had said during his address at the Spdcial Court Session to mark the commencement of the Federal High Court new legal year on Tuesday in Abuja.

The Chief Judge revealed that the problem of efficient and qualified manpower is being tackled with the support of the Federal Judicial Service Commission, adding, “We have bolstered the strength of the court with over a hundred officers. They are all qualified, in different fields of learning and competence.

“Also, the process is on the way, for the appointment of some judicial officers to the Bench in the coming year”, he said.

Another transformative effort was to arrest the issue of conflicting judgements and rulings that had dogged the court through interactive discussions among Judges of the court, while appealing to legal practitioners and litigants to shun the unwholesome practice of ‘forum shopping’, which had cast the court in a bad light.

On Wednesday, December 16, 2020, Justice Tsoho unveiled the presentation of the Federal High Court’s Law Report for 2013 and 2014.

During the unveiling, the Chief Judge said the report is a compilation of judgements delivered by Judges of the Federal High Court, adding that it would help Lawyers, researchers and members of the public, in their various endeavours.

Justice Tsoho equally advised his colleagues to be wary of actions that would put the court in bad light. He charged Judges and supporting staff of the court to be battle ready, for the upsurge in cases that would follow the eventual control of the coronavirus disease.

“I encourage your Lordships to be wary of actions that will put us and indeed, the court, in a bad light. We have managed in this new beginning, to arrange interactive discussions in the course of this conference. It is my hope that Your Lordships will appreciate such arrangement.”

He commended the Judges for their adherence to the Covid-19 Practice Direction, and other directives that were geared towards the efficient and effective administration of justice during the lockdown that was occasioned by the pandemic.

While giving an account of the court’s discharge of its mandate in the outgoing legal year, the Chief Judge disclosed that the court determined over 8000 cases in the 2019/2020 legal year that has just ended. Justice Tsoho said in the year under review, a total of 10,464 cases were filed, comprising of 2,851 civil cases, 2,599 criminal cases, 3,049 motions and 1,965 fundamental rights applications.

Also speaking at the occasion the Attorney-General of the Federation and Minister of Justice, Mr. Abubakar Malami, SAN, noted that the Judiciary had risen above the challenge of Covid-19, by developing virtual court proceedings.This, he said, was to ensure that the wheels of justice were kept in motion.

Malami, who was represented by Dayo Apata, SAN, the Solicitor-General of the Federation, noted the need to maintain the use of ICT, particularly as the country seemed to be experiencing a second wave of the pandemic.

Speaking on behalf of the Body of Senior Advocates of Nigeria , Mr. Joe Gadzama, SAN said the outgone year was challenging in many respects, which made physical court hearings impracticable as a result of the coronavirus pandemic.

The President of the Nigerian Bar Association, Mr. Olumide Akpata, who was represented by Mr Yusuf Kadiri, SAN, in his speech, pointed out the need to build on the ICT advantage gained as a result of the Coronavirus pandemic, to speed up the administration of justice.