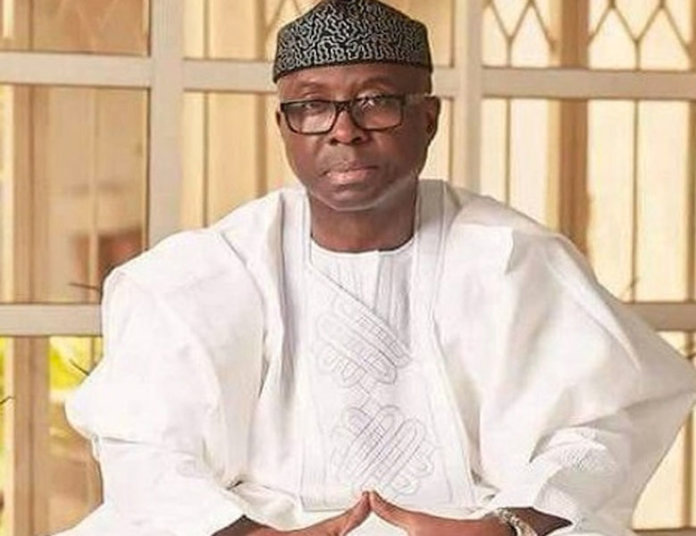 Stakeholders in Nigeria’s maritime sector have hailed the decision of the Minister of Industry, Trade and Investment, Mr. Niyi Adebayo to suspend the licensing of new Free Trade Zones (FTZs) and audit the existing ones.

They described the federal government’s decision to review the performance of existing FTZs as a welcome development that would expose alleged illegalities being perpetrated by some of the managers of the zones.

They expressed optimism that the outcome of the review would help the federal government cancel the licenses of unserious FTZ managers and issue new licenses to genuine local and foreign investors.

In separate interviews with journalists, they called on the federal government to do a thorough review of existing FTZs, alleging further that the purpose of creating FTZs in the country had been defeated by few free trade zone managers, who make investments only on the pages of the newspapers.

They allege that some FTZ managers shortchange the federal government and engage in sharp practices that discourage inflow of local and foreign investments in their zones and turn around to make false claims of championing investments in the media.

Some of the stakeholders alleged that some FTZ managers merely secured large expanse of government’s land/swamp as FTZ and allowed the land to fallow without attracting investors.

“It is a known fact that some of them are busy fighting their partners, scaring investors, shortchanging the federal government and making false claims of being champion of investments,” said one of the stakeholders, who spoke off the record.

One of the stakeholders and frontline maritime lawyer, Mr. Kingsley Omose, stated that many of the existing FTZs are mere tax avoidance schemes.
According to him, “Many of these zones have been mere tax avoidance schemes and have resulted in huge revenue losses to the federal government. So while a review of existing zones is welcomed the review exercise needs to be thorough.

“FTZ is a revenue generating issue on the part of NEPZA and FG. NEPZA does have a point though as lots of licenses have been issued in the past that have little or nothing to do with export processing.”
Speaking on how the federal government should carry out the review, he said, “The federal government should simply adhere to the enabling law of NEPZA and regulations for establishment of FTZ.

“The federal government should make NEPZA the sole regulator of FTZ across Nigeria.”
On his part, President of National Council of Managing Director of Licensed Customs Agents, Mr. Lucky Amiwero said the FTZs were created to generate employment but has failed

“Free Trade Zone is backed by the law of the Federal Republic of Nigeria but the suspension is for the government to know if illegalities existed in the Free Trade Zones. This is because the FTZ was created by the government to create employment, wealth and for industrialisation and to improve the nation’s economic fortune. That has not happened,” he added.
He further stated that the law setting up the FTZ allowed the government to investigate their activities if they want.

Also speaking a member of the Nigerian Port Consultative Council (NPCC) who do not want his name in print called on the federal government to scrap existing FTZs and come up with new policies that will ensure that the federal government is not shortchanged by the future FTZ managers.
“I have always called for the FTZs to be well scrutinised; I think they are not doing what they are supposed to do.

Adebayo had during the inauguration of the panel set up for the evaluation of the performance of FTZs, explained that all applications for FTZ licences will henceforth not be processed pending the completion of the panel’s assignment.

He said: “It is important to note that FTZs in most developed countries have contributed successfully towards their industrialisation process. The model was adopted by the Asian Tigers and today most countries, including African countries are beginning to key into the idea.”
Nigeria, he stated, currently has 33 licensed FTZ operators stressing however that due to poor implementation, only 12 are operational.