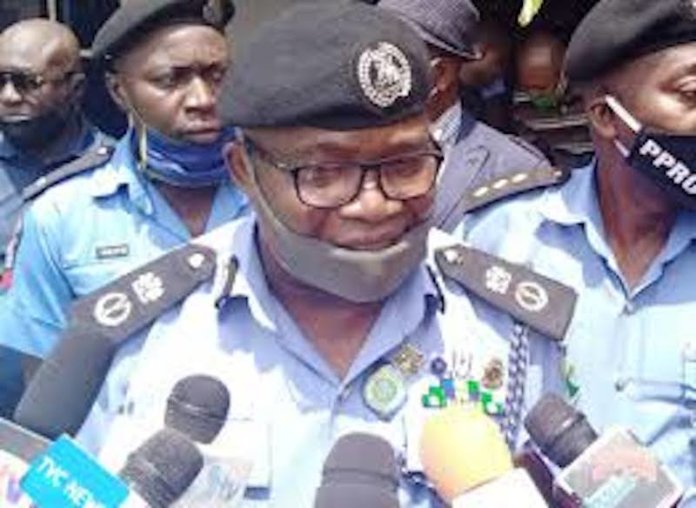 The Ogun State Commissioner of Police, CP Edward A. Ajogun, has decried the rising spate of killings in the state by members of some suspected cult groups and members of the public who engage in jungle justice against suspected felons.

Recently in Aseese area of Mowe in Obafemi Owode area of Ogun State, three people were beaten to death and their vehicles set ablaze on mere suspicion of theft.

Similarly, some bike riders in the state often launch physical attack on motorists that hit any of their members in protest of careless driving during which some of the affected vehicles are set ablaze irrespective of whether the motorist was guilty or not.

“Although every member of the public has right to arrest anyone suspected of crime, any of such suspect must be handed over to the law enforcement agents for proper investigation and prosecution because human life is sacred and it is sacrilegious for anybody to unlawfully take another person’s life.”

Sequel to the above incident, the command recently discovered the corpse of a man killed for ritual purposes dumped in the boot of a car and abandoned around a residential area of Idiroko Town of the state.

Further investigations revealed that residents of the affected area observed that offensive odour emitted from the vehicle and subsequent report to the police led to forceful opening of the car and discovery of the decaying corpse of the deceased man.

The Homicide section of the State Criminal Investigation and Intelligence Department (SCID) revealed that an arrest has been made of the suspected murderer, 20-year-old male herbalist named Misipode Dosu who confessed to have struck a business deal for money making ritual with the deceased but when he couldn’t perform his own part of the deal, the deceased threatened him and it was out of fear that he tricked him into a furtive meeting that led to his demise.

He was said to have given him a poisonous concoction as part of the on-going ritual.

Dosu said the deceased died immediately after drinking the substance and to prevent being caught, he quietly dumped his dead body in the booth of his car.

Yet another group of five young men suspected to be members of a dreaded cult group, all between the ages of 15 to 25 years were caught by the same command very recently with the dead body of a young man suspected to be a cultist too.

These were arrested from a mayhem involving other hoodlums around Sango area of the state, where people’s property were damaged and looted.

Further investigation reveals that the arrested persons claimed to be returning from a party in Lagos and along the way, a fight ensued amongst them during which one was killed by a fast moving vehicle.

The corpse of the dead man has been recovered from them and deposited at Ifo General Hospital Mortuary for autopsy.

Meanwhile, Ogun CP, who ordered the transfer of the suspects to the state criminal investigation and intelligence department for further investigation, also appealed to parents and guardians to warn their children and wards against nefarious activities.