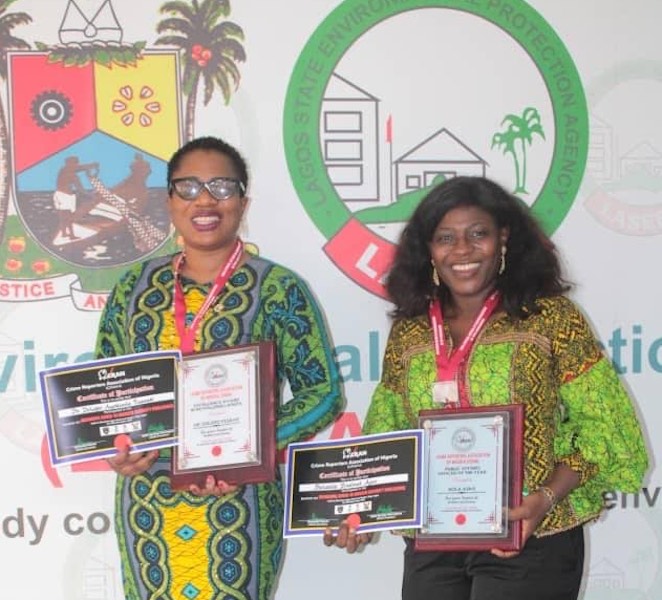 Recently at Sheraton Hotel and Towers, Ikeja, Lagos, top security practitioners, politicians, business executives, traditional rulers and many others from different walks of life graced the 29th edition of the annual lecture/award ceremony of the Crime Reporters Association of Nigeria (CRAN), which held on Thursday, December 10, 2020.

Themed “Managing COVID-19 Induced Security Challenges”, CRAN through its annual lecture has provided the platform for issues of national importance to be discussed and solutions proffered, which has invariably assisted the authorities in taking some policy decisions. This year, objectives was not different.

The lecture was delivered by Mr. Dennis Amachree, a former chieftain of the Department of State Service (DSS) and currently a private security consultant, while the Chairman of the Day was Mr. Bone Chinye Efoziem, the MD of Strict Guards Security.

The awardees ranged from security services to public servants and even individuals and industrialists. Among the awardees were two slots
for the Lagos State Environmental Protection Agency (LASEPA). While the General Manager, Dr. Dolapo Fasawe carted away the Excellence Award in Revitalising LASEPA, the agency’s spokesperson, Bola Ajao, who won the Proactive Public Affairs Officer of the Year.

Dr Adedolapo Fasawe became the sixth and the first female General Manager/Chief Executive Officer the of Lagos State Environmental Protection Agency (LASEPA), in August, 2019. She is saddled with the responsibility of implementing policies, aimed at protecting and improving the environment in Lagos.

Prior to her current appointment, Dr Fasawe served as the Coordinator of the Lagos State Special Health Programs where she pioneered and coordinated the Eko Free Health Mission, serving across all local governments in Lagos State. She was also the pioneer Desk Officer for Mental Health Programs, facilitating the promulgation of the Mental Health Bill for Lagos State, which was passed into law in January 2019.

As the General Manager of LASEPA, Dr Fasawe has driven a number of environmental and sustainability projects with success including the Noiseless Lagos Campaign and Ban of Single use Plastic Bags Campaign.

She is a member of several local and national committee including the National Committee on the Study on Available Sustainable Alternative Materials to Plastic and innovative Packaging and Recycling Technologies Sponsored by United Nations industrial Development Organisation (UNIDO).

She is considered one of the foremost experts in Nigeria on exploring the nexus between public health and environment for building resilient urban cities for the 21st Century.

She received her MBChB Degree in Medicine and Surgery from Obafemi Awolowo University Ile-ife on Honours roll. She was also adjudged the House Officer of the year at the end of the housemanship at the same university.

Dr. Fasawe holds a Masters Degree in Public Health from the Lagos State University College of Medicine, in addition to Diplomas in International Health Consultancy from the Liverpool School of Tropical Medicine and Global Mental Health Management from Kings College London.

She had her primary school education at the Anglican Girls Primary School,CMS, Lagos lsland and Trinity Nursery and Primary School, Abeokuta respectively where she earned the First School Leaving Certificate.

For her secondary education, Bola attended Nawair-ur-deen Secondary School, lsabo, Abeokuta where she served as Assistant Head Project and also emerged as one of the school’s Best Students in the West Africa Examination Council School Certificate Examination (WASCE).

Her steady academic development continued at the Ogun State Polytechnic ( now Moshood Abiola Polytechnic), Abeokuta where she earned the Ordinary and Higher Diploma in Mass Communication. Not resting on her oars,she stepped up her academic qualification with a Post Graduate Diploma (PGD) in International Relations and strategic studies, from the Lagos State University (LASU) and also a B.sc degree in Mass Communicaltion from the University of Lagos, Akoka, Lagos.

Ajao began her Public Service career as an Executive Officer (lnformation) with the Ministry of Health from 2000 to 2006, it was at the ministry that she actually cut her teeth as a Public Affairs Officer of note, serving under officers regarded as gurus of the profession.

She also served at the Ministry of Women Affairs and Poverty Alleviation where she successfully served under the then leadership of former Lagos State Deputy Governor, Princess Adejoke Orelope -Adefulure and current Secretary to the State Government, Mrs folashade Jaji, who was then the Ministry’s Permanent Secretary.

A committed, dynamic and resourceful Public Affairs Officer,Bola is presently the Head, Public Affairs Unit, Lagos State Envirometal protection Agency (LASEPA) where she has been since 2019.

In the course of her career,she has attended both local and international conferences through which she has honed her skill as a Public Affairs Officer.

Bola, who is so passionate about building and sustaining media networks, is happily married to Yombo and they are both blessed with three kids, Opeyemi, Bolanle and Omotara.