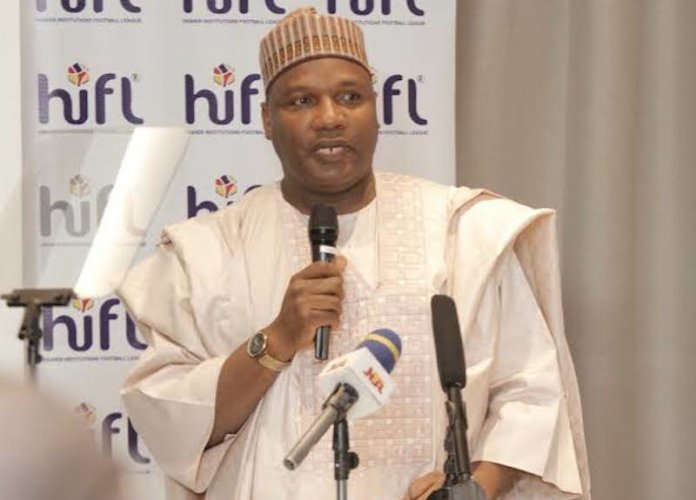 He said the rebuttal was necessitated by latest moves by certain elements to rope him in the match fixing net, nine years after the NFF investigative committee implicated some players and handed them life ban. He condemned the move as a subtle attempt to smear his image.

“On issue of the scandalous and embarrassing match fixing incident where a team from Gombe State, Bubayero conceded 67 goals against Police Machine and Plateau United Feeders were 79-0 victorious over Akurba FC from Nasarawa. That particular match was played in Bauchi and four teams were involved. But only one would qualify to play in the Nationwide League and I was told that goal difference would be used to determine who qualified,” he said.

He insisted he formed Bubayaro FC for development and not to play in the league because it would amount to waste of time, adding during the faithful week that the incident happened, he was in Lagos and only read on social media that his team was in Bauchi to participate in the playoff with Police Machine.

He said he called the secretary of the club seeking to how they got to Bauchi and under whose permission.

“I immediately instructed him to enter the next bus with the team and return back to Gombe. But against my wish, he refused to come back to Gombe. I then sent the coordinator of the club from Gombe who was also the LMC match commissioner, to go to Bauchi in the morning before the match and return with the club to Gombe. Unfortunately, they refused to heed to my advice. In the evening I read that they conceded 67 goals, I immediately disbanded the club,” he said.

Gombe said after disbanding the club, he wrote a letter to the General Secretary of NFF, informing him about the disbandment following that embarrassing and shameful act by the team and officials.

He said the NFF acknowledged his letter which he copied CAF and FIFA because two days after, the news was all over the world.

“The NFF set up a committee under the chairmanship of Chief Mike Umeh and the secretary was Dr Muhammed Sanusi who is now General Secretary of NFF. There were other members of the committee to investigate and try those involved in the scandalous match fixing. The match officials, the players of the two teams and their officials, all appeared before the panel and they were found guilty of match fixing offences. Some of them were banned for life while others were banned for 10 years.

“Those proactive actions that I took exonerated me. The committee never invited me nor tried me because God knows that I know nothing about it. I didn’t even stop at that since the team that scored my team 67 goal happened to be the Police team, I petitioned the Inspector General of Police, insisting that he should investigate what happened and jail whoever needed to be jailed for the offence,” Gombe said.

He lamented that nine years later, some persons are trying to mention his name and how his team was involved in match fixing.

“I was not banned but if they want to retry the case, it is their own problem, I don’t care because the facts are there.The report of the committee is there, Dr Sanusi is alive, Mike Umeh is alive, other members of the panel who investigated the matter are also alive. The IGP who I wrote the petition to investigate the matter is still alive, the documents and the letters I wrote to NFF, CAF and FIFA are all there for anyone to verify. I challenge anybody to come out to show how I was involved in that match fixing scandal,” Gara Gombe concluded.