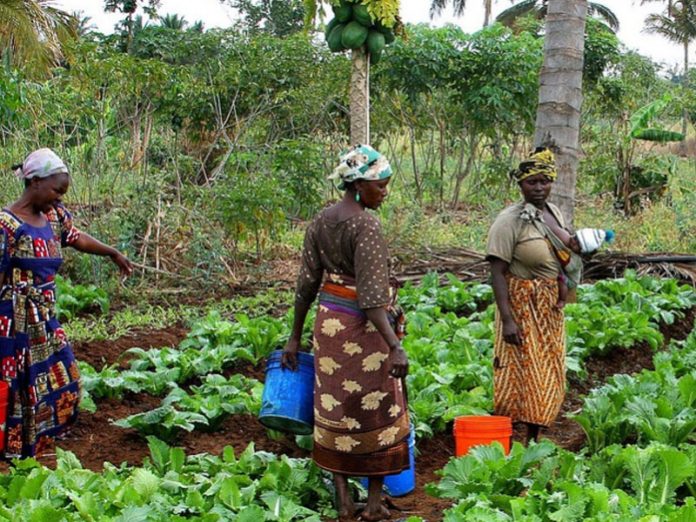 Ummi Kabir
A visitor to places like Minna, Funtua and some other parts of the North cannot fail to notice the rebound of the pyramids evidence that agriculture is fast regaining its pride of place in the economic life of the people. One will be amazed at the impact one policy, dexterously implemented, can have in the lives of the people in the immediate environment and the country at large as thousands of jobs are created and millions more empowered on a sustainable basis

Before now, agricultural produce pyramids used to dot the landscape in parts of the North in the period preceding the nation’s Independence and up to the immediate post-independence era. Groundnut was the king of crops that made that possible. But not just it, other cash crops also, like cotton and maize were the cash cows that sustained the economy of the region.

Soon after the civil war and with the discovery of hydrocarbons which yielded easy petro-dollar, agriculture was relegated to the background. All the cash crops in the North, Palm oil in the East and cocoa in the West suffered a decline in production due to criminal neglect. No one cared to notice because money from petroleum products lulled everyone into inexplicable complacency.

Nigeria, soon, became a mono-cultural economy. All her plans were centred on the price of oil in the international market. Some experts noticed the danger ahead and their warning was not sufficiently heeded as lip service was paid to diversification of the economy.

All that changed with the appointment of Mr. Godwin Emefiele as the Governor of Central Bank of Nigeria (CBN). His decision to expand the scope of his mandate away from strictly monetary policy and financial systems stability to development policies with emphasis on agriculture and exploitation of non-oil minerals of the nation, marked a turning point in the implementation of the economic diversification policy.

Before then, the nation was wasting huge sums in foreign exchange importing food especially rice, wheat, maize that can be easily produced in the country. At a point, it became obvious that was not sustainable but what was lacking was the political will to do the needful to nudge the country on the right economic path.

Emefiele’s messianic commitment to rebuilding the economy provided the push that was hitherto absent and which also led to putting in place the Anchor Borrowers’ Programme (ABP) that became the fulcrum on which the effort to revive agriculture revolved. In a matter of few years, the impact of the policy was noticeable as private investors were encouraged to see the goldmine that agriculture is. The result is part of what is easily described as the return of the pyramids

One cannot but be immensely impressed by what one policy pursued with zeal and dedication can do in turning around an economy. It is from this perspective that any discerning mind will not fail to appreciate the efforts of the apex bank and the Governor, in particular in this resurgence of the agriculture sector. It is important also to plead that this well- thought out policy must necessarily outlive him bearing in mind the penchant for policy somersaults and inconsistencies of the past which had seen the death of otherwise lofty plans and programmes.

It is pertinent also that I should canvass the desirability of the National Assembly institutionalising the Anchor Borrowers Programme through the instrumentality of an Act of Parliament. One cannot but restate the inevitability of such a legislative process. This will make it mandatory that regardless of who is in charge, the policy will be implemented as a matter of course, with focus on involving the rural farmers and the youth who must be made to appreciate the viability of agriculture as a means of sustenance.

Furthermore, government should go beyond offering loans and setting up credit facilities by identifying and going into public-private-partnerships with stakeholders of proven track record in formulating policies that will help the growth of the agriculture sector. This will encourage farmers to increase their production, build more pyramids and invariably become net exporters of crops like rice, maize, wheat and cotton. Has anyone noticed that today, the price of a barrel of palm oil is competing effectively with the price of a barrel of crude oil? And the beauty and advantage of it is that oil palm is a renewable resource. This justifies the participation of the CBN in the area through the same ABP.

Similarly, research institutes and universities also have a role to play in the process of enhancing productivity that will help the pyramids to grow and multiply. Academics that have been trained in agriculture can help farmers to learn more about the best, most cost- effective, cost- efficient and productive methods to improve their businesses as well as introduce high yielding seedlings.

Already experts in the field are beginning to forecast the benefits of this synergy between farmers and the academia. If Nigeria can cultivate 30 million hectares of rice in a year and with an average of five tons per hectare, that will be 30 million hectares multiplied by five and the result will be 150 million tons of paddy rice. How many pyramids will that be? The point is that the nation has the capacity to be food sufficient and have some for export.