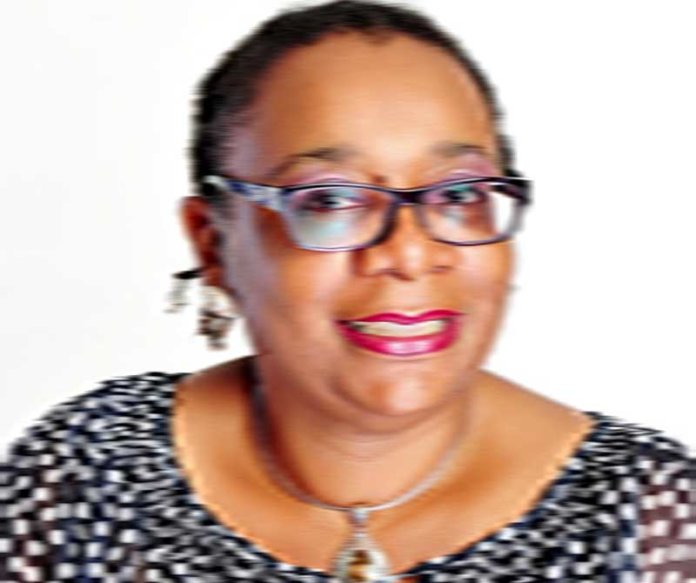 By Tobi Soniyi
The Nigerian Feminist Forum (NFF) as a feminist movement recognizes the importance of women and girls in the development of every society, and believes that including women in a nation”s development plan will yield better results.

We strongly hold the view that Nigeria must protect women and girls from sexual, physical and psychological violence, as well as ensure economic emancipation of women.

In this wise, we continue to kick against discriminatory and violent practices against women including sexual and gender based violence.

Sexual and gender-based violence (SGBV) refers to any act that is perpetrated against a person’s will and is based on gender norms and unequal power relationships. It includes physical, emotional or psychological and sexual violence, and denial of resources or access to services. Violence includes threats of violence and coercion. SGBV inflicts harm on women and girls who are major targets as minors and is a severe violation of human rights.
The impunity enjoyed by perpetrators, and the fear generated by their actions, affect women and girls, stunting their contributions to development, peace and progress.

Violence against women is defined by the UN Declaration on the Elimination of Violence against Women, adopted by the General Assembly on 20 December 1993, as “any act of gender-based violence that results in, or is likely to result in, physical, sexual or psychological harm or suffering to women, including threats of such acts, coercion or arbitrary deprivation of liberty, whether occurring in public or in private life”.

According to a 2006 report by the UN Secretary General, SGBV is pervasive across all cultures, regions and diverse social categories around the world.
However it manifests differently, and in varying levels of intensity according to the socio cultural and institutional factors that shape it. Also, a UN women country report of 2008 on SGBV in Nigeria presented an empirical pervasiveness of sexual gender based violence across the country’s six geopolitical zones.

Our advocacy as a feminist movement in partnership with a range of organizations, networks, and individuals with expertise, seeks to eradicate all forms of gender based violence and to dismantle the structures that encourage violence against women and girls.

The NFF observes that despite gains recorded in the struggle for the emancipation of women, violence against women continues to triple. There is also a noticeable stagnancy if not a decline in opportunities for women.

In addressing GBV, we understand the importance of policy and legal interventions, however we have also identified some gaps in implementation.

Areas in need of attention.
As the world develops, it is sad to note that there is yet to be an inclusive system of government in Nigeria, an inclusive government where women are in strategic decision making positions to be able to speak on areas of concern of women, as they understand first hand these issues.

According to the Women’s International League for Peace and Freedom, Nigeria currently ranks 181 out of 193 countries in terms of women’s participation in politics a percentage of 3.38 and a decline from 7% in 2010 which has ever been the highest, but still relatively poor. Out of the 109 members of senate of the 9th assembly, only 7 are female, also the House of Representatives have a total representation of 11 women out of its 360 members.

Although the 1999 Constitution (as amended) gives equal political, economic, social, cultural, religious and civic rights to all citizens of the country regardless of gender, we are yet to see this in reality, especially in politics.

This patriarchal perception embedded in societal belief that the activities of women should not go beyond the confines of gender stereotyping is so entrenched in the Nigerian culture and encourages the decline in the percentage of women who take interest in politics as well as a decline in the selection/appointment of women in decision making positions.

We understand that patriarchal realities, stereotyping of social roles and cultural prejudice in many societies and communities play a significant role in the dominance of men in political positions, but equal access to power and women occupying decision making positions not only gives them an edge towards speaking on the key issues that affect women, but also enables them to establish laws and policies that will protect women and girls from all forms of violence and discrimination

For survivors of violence who may have experienced trauma, there are no facilities in place to cater for them with psychosocial support.

Cases of Sexual and Gender Based violence are treated with no importance and care, and this places the perpetrators at an advantage as they usually are not held accountable for their actions.

Government owned hospitals have no rape kits or sexual assault forensic trained professional and this makes it impossible to gather and preserve physical evidence following a sexual assault/rape.

Also the absence of gender desk units in almost all states in the federation makes reporting of SGBV cases even more difficult. Recall that in June 2020 the Inspector General of Police, Mohammed Adamu ordered the establishment and strengthening of gender desk units as part of measures to provide a new set of policing tools for tackling emerging crimes such as domestic violence, rape, child molestation and other incidents of gender based violence. However, as of the time of writing, only a few states have functional gender desk units.

In May 2015, the federal government enacted the Violence against Persons Prohibition Act (VAPP) following advocacy and pressure from civil society organisations. The Act is an improvement on the penal and criminal codes in relation to violence; it also makes provisions for compensation to victims as well as the protection of their rights. The Act among others aims at eliminating gender-based violence and sundry discrimination and abuses by expanding the definition of rape, domestic offences, incest and several forms of violence.

Under the VAPP Act, a wide range of Sexual and Gender-Based Violence (SGBV) including; rape/defilement forced financial dependence or economic abuse, harmful widowhood practices, genital mutilation, abandonment of children, harmful substance attacks, and incest are all recognized as punishable offences.
However, the VAPP Act is yet to be domesticated by all states in the country.

Call to Action
Responding to Sexual and Gender Based Violence SGBV requires addressing the multi-dimensional and complex circumstances of identity and oppression surrounding survivors and individuals who perpetrate violence.

Freeing women from the shackles of oppression through economic development will require policy and legislation.

NFF recognizes the importance of institutional responses to sexual gender-based violence, and therefore calls for;

An intervention towards the domestication of the VAPP Act in all states.

An inclusion of a quota system in the constitution to enable for clearer terms in women’s involvement and participation in politics.

More training for professionals, re-organizing the police to be able to prioritize complaints of violence and adapt reporting systems so they are accessible as well as the provision for a more comprehensive and supportive response system to survivors.

Reforming the justice system through sensitization and training of members of the judiciary, to address violence against women and girls. This should improve access to justice for vulnerable women, survivors of domestic violence, by eliminating unaffordable court fees and by enhancing free legal aid services.

The inclusion of women in decision making positions to be able to speak on the areas of concern of women, as they understand first hand these issues.

Government should work with civil society organizations to develop protocols and guidelines for all institutions of learning on how to handle complaints of violence against women. There should be prevention, protection and sanction mechanisms.

As a movement, we hold the view that Nigeria must protect women and girls from sexual, physical and psychological violence, as well as ensure the economic emancipation of women.
All these can only be achieved when we fight the structures that drive SGBV, as well as uphold laws that will punish offenders by bringing them to justice.

NFF is a biennial public policy forum that brings together feminists from the six geo-political zones, government officials, and other strategic partners to deliberate on issues of key concern to the development of and emancipation of women in Nigeria.