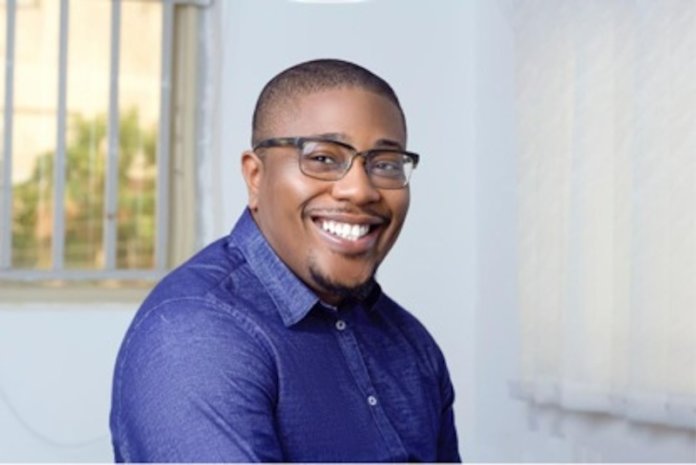 Vanessa Obioha writes that despite failing his medicine course in the university, the Founder and Chief Executive Officer of Tremendoc Limited, Ugochukwu Jay Chikezie is living his dream to work in the medical field with the success of his telehealth solution company

Once upon a time, a young man from Umuahia, Abia State, Ugochukwu Jay Chikezie dreamt of becoming a doctor. His parents wished he would become one too, for they noticed his proclivity to study the applied science course. Moreover, Nigerian parents take special pride in seeing their children decorated with the title ‘doctor’. It’s like a badge of honour to them.

Everything was going as according to plans. He got admission into Ebonyi State University to study medicine and was expected to graduate with flying colours. But by the end of the first year, Chikezie’s dream of becoming a medical doctor hit the wall. It was the end of the first year and he was so confident that he passed. But on getting to the notice board where the result of passed students was pasted, his name was missing.

Confused, he peered again to be sure his vision was not playing tricks on him. Nothing happened. Rather, he saw his name on the list of those who had failed and would study another course.
It felt like a bad dream to him. He good motionless for a while, unable to accept his fate. Gradually, the reality that he failed his first-year exams dawned on him.

“I wasn’t too good at Chemistry. I wasn’t too keen on it because I felt at the time that I didn’t need chemistry to study medicine. But getting older, I realised I was wrong,” he says.
Apart from his failure in Chemistry, Chikezie modestly admitted that he was unserious too.
“I also played a lot at the time and medicine requires a lot of focus and discipline which I believed I lacked.”

That setback caused him a lot of heartaches. He recalled a female student taunting him as he stared at the list.

“I was 17 years old then and socially popular in school. She kept making fun of me that after all my popularity, I still failed my exams.”
That day, he cried. He felt he didn’t only fail his exams but also his parents.

Chikezie ended up studying Microbiology but always longed to work in the medical field.
“I always wanted to do something in the medical field, or maybe to prove myself, especially to my parents because they also wanted that dream for me. I thought I let them down, and I wanted to prove something.”
The opportunity, however, presented itself years later.

After graduation, he stumbled on technology in 2011. He was appointed the Commercial Manager of Hibuzz, the first online digital content aggregator in Nigeria. The company was a subsidiary of the defunct HiTV, Nigeria’s first indigenous pay-TV platform.

After the company folded in 2011, Chikezie alongside Damilola Jegede who built the platform made a pact. Jegede was to create technological products while Chikezie marketed the products. The duo spent the next three years trying to get investors to invest in their products which ranged from music to medicine.

In 2015, alongside Tokunbo Adetona, they had their first breakthrough, NairaBox, the digital lifestyle wallet that allows users to pay for their lifestyle needs conveniently. With the exposure to technology, Chikezie’s dream for medicine was fired up. He sought ways to marry financial technology and medicine.

He rubbed minds with his doctor friends who worked in the UK, US and Nigeria but none had the magic idea.
His son’s medical condition would, however, ignite the idea that he is celebrated for today.

“My first son was diagnosed with enlarged adenoids. What this means is that he always had a cold. He always had a runny nose. We will wake up late at night to check on him because he can’t breathe and then we will have to call a doctor,” he explains.

“And sometimes,” he continues, “the doctor is unavailable. I would have to drive to the hospital to meet any doctor because we can’t reach our doctor. My wife and I knew what to do. Because we were young parents and he is our first child, we were scared of doing the wrong thing whenever it happened.
“So, we always wanted to ask a professional, just to be sure that we were doing it the right way, administering the drug the right way and if we needed to drive him to the hospital because I didn’t want anything to happen and it will be registered on my conscience.”

They did this practically every day until the son underwent surgery.
But that incident got him thinking of millions of Nigerians who lacked access to their doctors. Chikezie realised that during his trips to the hospital, what he was seeking was reassurance from doctors.
“I just realised that what I wanted was just comfort from a professional. Which is what a lot of people want when they go to the hospital, or when they try to reach a doctor. You just want a professional to tell you to take this drug, or you’re fine, or just rest. Not everybody has this access. So that’s when the idea hit me. I thought, why can’t we have a service where people will have access to doctors through a mobile app.
“We can aggregate professionals or licenced doctors on them so that people who do not have access to doctors readily would have a doctor accessible to them.”

The result of that thinking gave birth to the company Tremendoc Limited. It is a telehealth solution company that makes managing health and wellness easily accessible. Through the mobile app, thousands of Nigerians can have consultations either with their doctors or other doctors working with affiliated hospitals.

Today, Chikezie reveals that the company has handled over 60,000 consultations since it relaunched last year. Based on demand, the platform has access to about 1,000 doctors from different parts of the country and they offer about 1,500 consultations daily.

“We have different types of doctors on the platform. There are those who deal with their hospitals directly so their patients come, links them up and do follow up on Tremendoc app. And then there are some doctors who we sign up on the platform to deal with the HMOs and the individuals who just go on Tremendoc and sign up.”
By putting his marketing skills in use, Chikezie has been able to secure partnerships with Hygeia and AXA Mansard, two of Nigeria’s foremost Health Management Organisations alongside other partners in the banking sector.

The staggering figures give the impression of the rising demand for telemedicine, particularly during the COVID-19 induced lockdown period where many couldn’t access their doctors or hospitals. The young entrepreneur revealed that they recorded a large number of cases on the platform, mostly COVID-19-related.
To be sure, Tremendoc is not the first telemedicine app in the country, as much as Chikezie wanted it to be after carrying out his research. He, however, takes delight in educating more people on the solutions the app offers.

Services rendered include talking to a doctor either by call or chat (anonymity is allowed), therapy sessions, drug prescriptions, scheduling a doctor appointment or having immediate access to general practitioners and specialists in public and private hospitals. There are plans to make fertility doctors available soon.
These services have come in handy for users particularly during the recent curfew imposed in Lagos State as a result of the violence that accompanied the #EndSARS protest.

Chikezie shared a testimony where a pregnant woman who went into labour in the middle of the night used the Tremendoc app to access a doctor that managed her situation till daylight when she was conveyed to the hospital and put to bed safely.

“This shows you that telemedicine can solve a lot of problems,” he enthuses.
Of course, telemedicine cannot replace the role of hospitals, saying: “it is better to have a professional at your beck and call than not to have at all.”

He argued that what telemedicine does is to fill the huge gap that exists between doctors and patients, especially in Nigeria where doctors are poorly paid and health facilities are crowded because of lack of personnel to attend to them.

“Ninety per cent of doctors in Nigeria today are writing exams to leave the country because of the poor condition of the health sector. Those who are paid relatively well are owed salaries. You can tell that doctors going on strike is a daily occurrence in Nigeria.

“But with telemedicine, patients can get across to doctors. You can have a doctor in Cross River State attending to a patient in Niger State or any other state. So there’s that gap that we’re closing slowly with the more people are aware of this service.

“Let’s also remember that 70% of the treatments or the illnesses or ailments that are reported in hospitals can be solved via telemedicine.”
To a large extent, Tremendoc has recorded success within its short time of operation. His main target is to get 100,000 consultations before the end of the year.

Nowadays, when he looks back at his past, he smiles. He remembered incorporating Tremendoc in 2017 and by 2018, the company crashed. Everyone deserted him, he was left with one employee. Even his investors thought he had lost his mind but he believed in the greatness of his company. So he counted his mistakes, rolled up his sleeves and whipped the company back to shape.

Today, he boasts a staff strength of 25 and has doctors waiting on the queue to be signed to his platform.
You can call that the magic work of Providence but Chikezie sees it as the divine work of the Supreme One. He may not have studied medicine but he is leading a revolution in the medical field.
“I am excited about what is happening now, but I’m not surprised. I obviously knew it was going to be great. I’m not fulfilled yet. We haven’t scratched the surface. We are just getting started,” he admits.