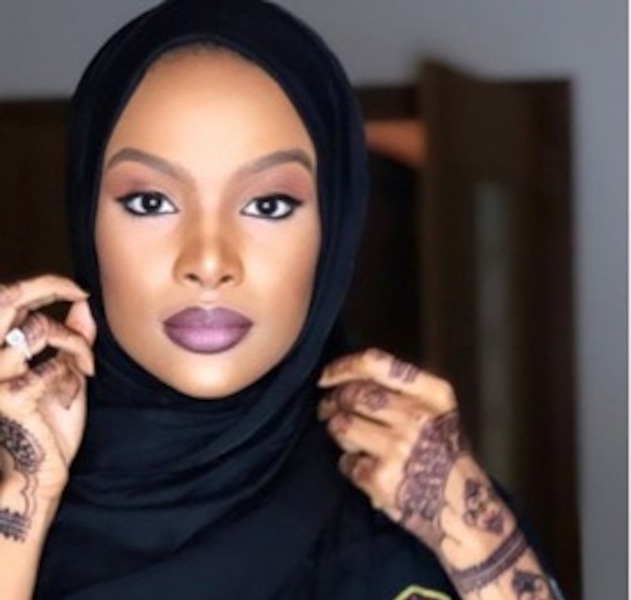 Beautiful Aziza Dangote until recently, was one of the hottest spinsters in town. Despite pressure from high-profile bachelors, who wanted her hand in marriage, Aziza opted to spend the rest of her life with her long-time boyfriend, Aminu Waziri, son of the late Waziri K. Mohammed, a popular Kano State-born former Chairman of Nigerian Railway Corporation during former President Olusegun Obasanjo’s tenure- he died in the ill-fated Bellview Airline Crash in 2005.

The Abuja handsome dude, who holds a master’s degree in International Business, is chairman and co-founder of Ignite Africa Challenge, a youth-driven NGO with a focus on achieving the UN Agenda 2063 through the development of sustainable social enterprises across Africa.

The two lovebirds exchanged nuptial vows on December 13, at a very private location in Lagos. Those who matter most in the political space alongside captains of industries graced the occasion.

The wedding Fatiha was held in line with COVID-19 safety protocols. Friends of the couple also organized a very private dinner at a highbrow location in Lagos. Dressed in evening outfits, looking classy and dapper, the couple showed their dancing dexterity amidst accolades and encomiums from friends.

In 2015, when she graduated from the University of Warwick in the United Kingdom with a bachelor’s in Biomedical Sciences, her father threw a lavish party for her. For those who may not know, affable Aziza, a master’s degree holder is an epitome of kindness.

She founded a non-governmental organization, Orenda Foundation, with a special interest in global health, development, and empowerment – particularly in northern Nigeria. The NGO empowers the womenfolk and leading advocacy for girl-child education.