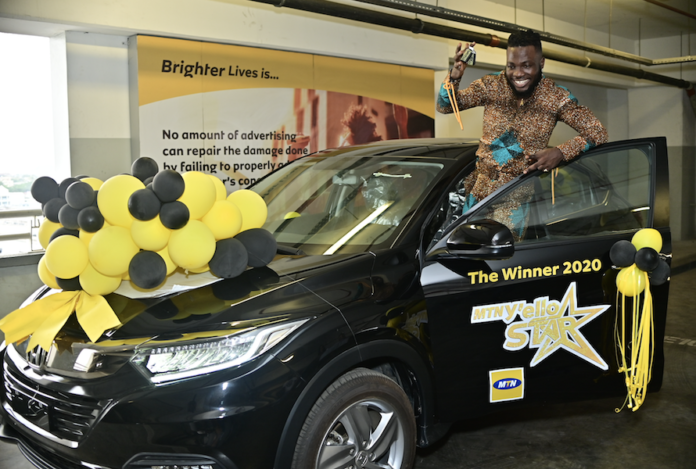 After six weeks of intense vocal competition, Oladotun Okeowo popularly known as Dotti was crowned the winner of the debut season of MTN Y’ello Star. He was chosen from a pool of six finalists in the grand finale.

“I am sincerely grateful to MTN for the rare chance to develop my talent. I could not have done this alone. The coaching and business training I have received through MTN Y’ello Star from the Berklee College of Music and the Henley Business School will help my career immensely,” he said.

Dotti was rewarded with a house with an in-built studio, a new car and five million Naira cash prize. He will also write and record a song under the professional tutelage of six-time Grammy award winner, Malik Yusef, at the Power Studio in New York.

Livespot360 said during the week that it is suspending all plans for the highly advertised two-day Livespot X-Clusive concerts with Burna Boy and Wizkid. The organisers cited the rising numbers of COVID-19 infections for the postponement.

Although the company had initially secured approval from the Lagos State Safety Commission for both events, Dare Art Alade, Chief Creative Director, LiveSpot360 said, “Within the last few days, we have observed an aggressive increase in the number of COVID-19 cases, and we are strongly convinced that it is in our collective interest that we postpone the Livespot X-Clusive Concert Xperience slated for the 19th and 20th of December, 2020.”

“We know how much the fans needed to let their hair down especially after a tough year, which makes this decision all the more difficult. Regardless of our thorough health and safety protocol which we had put in place, we know that this is the right thing to do at this critical time in our fight against the virus. Ensuring the safety of our fans remains a priority,” he explained.

New dates of the event are yet to be disclosed.