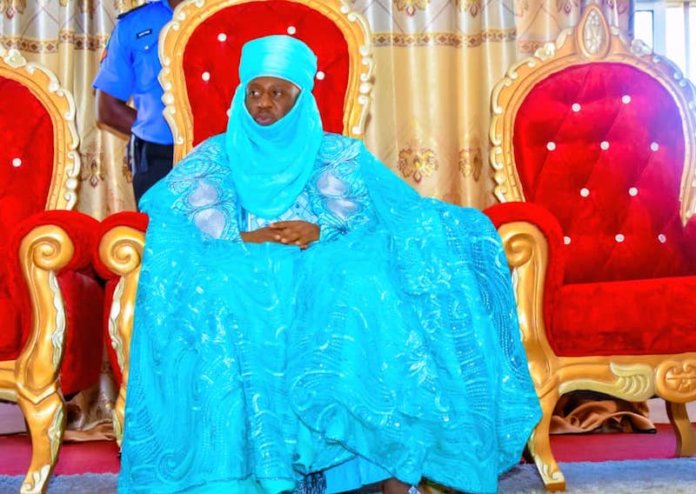 The incident occurred when the traditional ruler was returning to his base in Zamfara State from Abuja after a private engagement in the nation’s capital.

The traditional ruler, who was said to be in his Toyota Hilux vehicle, however did not sustain injury.

Confirming the attack, the Spokesman of the Katsina State Police Command, Gambo Isah, said the hoodlums attacked the paramount ruler along Funtua-Gusau Road.

Isah, a superintendent of police, said: “On 18/12/2020 at about 0030hrs, the convoy of Emir of Kauran Namoda, Alhaji Muhammad Sunusi while on transit from Abuja to Zamfara state was attacked at Funtua, along Funtua – Gusau road.

“The police men in the front escort vehicle engaged the bandits in a gun duel and as a result of which the driver of the vehicle was shot at and lost control of the vehicle and summersaulted off the road and fell into a nearby pond”.