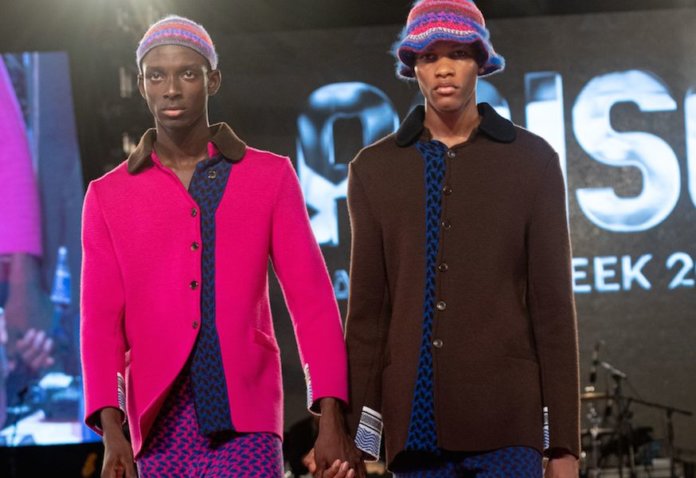 In the last one week, one of the biggest fashion events in Africa, ARISE Fashion Week, took place right in the heart of Lagos from Friday, December 5 to Sunday 13. MARY NNAH recaptures the weeklong event that did not just reinvent global fashion but hosted 30 young fashion designers who contended for $500,000 in prize money

Anchored on the pedestal of ‘reinventing global fashion’, the 2020 ARISE Fashion Week recently held in Lagos.

This year, the famous ARISE Fashion Week, known for breaking records, raised the ante even further by celebrating a new brand of designers ‘30 under 30’ with a cash prize of $500,000 shared amongst the winners.

The weeklong event hosted 30 fashion designers who contended for the prize money. The list which includes designers from not only Nigeria but other parts of Africa and Europe, boasted of fresh talents alongside some acclaimed international names in fashion.

The ARISE Fashion Week event kicked off on a Tuesday with an exclusive press brunch with stakeholders in the industry, followed by a welcome dinner on Thursday night after which was the runway presentations by the designer through the weekend with top African designers showcasing their pieces for the Spring/Summer 2021 season.

The Arise Fashion Week 2020 was held virtually and was broadcast to a worldwide audience on the ARISEPLAY streaming service and other ARISE and THISDAY digital platforms which include an array of social media channels.

Day one of the runway show started with star-studded celebrity appearances from Naomi Campbell, Wizkid, Wurld Wavy the Creator, The Cavemen among others.

Among the list of the 30 selected designers drawn from across the world in alphabetical order were: BIBI, BLOKE, BOYEDOE, CLAN, COLRS, DNA BY ICONIC INVANITY, ELFREDA DALI, FRUCHE and GETO.

After days of sweat breaking race on the runway, Kenneth Ize emerged winner of the 30 Under 30 competition. Ize, a Lagos-based designer reinterprets traditional West African fabrics and Nigerian craft with his namesake label founded in 2013. Ize is a LVMH Prize 2019 finalist.

Working from his studio in the Lagos suburb of Sabo Yaba, Ize collaborates with artists and design groups across Nigeria in Kwara, Kogi and Lagos, as well as supporting a small community of weavers local to Lagos. Ize is also influencing the creative arts curriculum in local schools to create traditional fashion.

His brand he says is reviving, reinterpreting and giving new context to artisan techniques that have given meaning to West African identity.

In 2019, the brand introduced womenswear and currently counts Ssense, Browns and Machine-A among its stockists. Ize was a finalist for the LVMH Prize 2019 and a joint winner of the Arise Fashion Week Award for “Designer of the Year.”

The three winners were picked from eight designers who made it to the semi-final stage; they included Lagos Space Programme, Ziva Lagos, TJWho, Onalaja and Ajabeng.