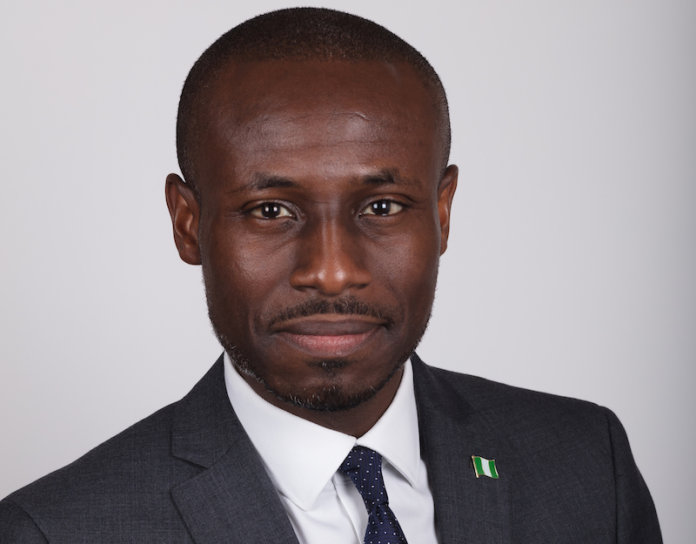 When one has a passion, inspiration seems to materialise from thin air! So, if you don’t have one, or have not discovered yours, make haste to find it; for to be consumed by your passion, is a critical part of your “IKIGAI” – a Japanese concept meaning “a reason for being” (see below). I’ve found mine, and it is NIGERIA. Maybe it is also my mission, however, it is neither (yet) my profession nor my vocation. For those, according to Ikigai, Nigeria would also have to be what I’m paid to ‘do’ – perhaps in due course.

I had planned to write about corruption this week, but as I casually for the first time read ‘PERUSE’, the weekly e-newsletter of EiENigeria, it sparked a thought. I bet you’re wondering: where is he going this time? That title? That opening paragraph? How are they connected? Well, if you’re not thinking it, I am; because as I type, I do not yet see my parking spot at the end of this journey, but I can tell you that visibility is well beyond the UK Highway Code’s minimum stipulation of 100 meters. Consequently, as far as I can always see that well ahead, this is a journey that I am confident to embark upon.

“Sòrò Sókè” {from: “So òrò sí òkè” = S’òrò S’ókè} is a phrase in the Yorùbá language of the ethnic group of the same name from western Nigeria, and if we are to be properly accurate, also Benin, Togo, and part of Ghana. The phrase means “Speak Up”. It has been ‘commandeered’ by (some of) Nigeria’s ‘Youth’ of today, to whom I wish to appeal – the aptly but possibly inaccurately termed Sòrò Sókè Generation. This is a reference to the determination of the current generation of young Nigerians not to go the way of their predecessors by being silent in the face of poor governance and state-orchestrated injustice and brutality.

A superb aspiration if you ask me, but my request is simple, that we as a nation be very wary of divisions of any kind and seek rather to resolutely promote unity, even while fighting for causes that we believe in and are passionate about. Nigeria is divided enough as it is, along religious, ethnic, linguistic, geographical, political, socio-economic, and literacy lines; we really do not need to also add a generational divide to our existing woes. It would truly be ‘a bridge too far’. The thinnest line of division, no matter how seemingly inconsequential, has the assured potential to derail visions and dreams, or at the very least slow them down significantly. Greater and quicker impact is achieved when we go together.

“#SòròSókè is for Everybody!” is my challenge to those who see this powerful slogan, frankly as ‘limited’ only to a ‘generation’. For me, Sòrò Sókè is the slogan of exchange! The exchange of silence for en masse defiance of the status quo; a new way of life that once experienced, will draw a permanent line in the sands of our democracy. Why? Because the Nigeria crisis is not a crisis solely impacting the Youth, it is a crisis impacting the entire nation, young, old and little. It is a crisis that transcends time by being both historical and simultaneously capable of embedding itself into our future – that is if we do not arrest it now once and for all! It cuts across generations and if we treat it with generational gloves, I assure you, it will return an unexpected uppercut just when we think we are winning the bout.

Don’t get me wrong, the current generation of young Nigerians deserves to be applauded for many great feats. One only needs to consider fields and phenomena such as entrepreneurship, innovation, arts & entertainment, technology, social media and of course #EndSARS to appreciate this generation’s impact on modern Nigerian society. Speaking of ‘thin air’ (opening sentence), the Nigerian unemployment rate as a percentage of the total labour force according to World Bank figures (7.96% in 2020) is ‘uncomfortable’, to say the least. However, it is the more economically and chronologically devastating youth unemployment figure (nearly double at 14.17% in 2020) that we should be more concerned about. The latter equates to 8,698,139 Youth without jobs. To put that number in perspective, according to the latest available (albeit slightly dated) figures from Nigeria’s National Bureau of Statistics, only two states (Kano and Lagos) have total populations larger than that. Yet this generation has managed to originate jobs and livelihoods out of almost nothing.

However, to anchor on the present alone is to unavoidably and erroneously negate ‘the labours of our heroes past’, many of whom had Sòrò Sókè moments dating back to pre-independence Nigeria. “Double AB” as I will call them (Awolowo, Azikiwe, Balewa, Bello) spoke up for independence (along with many others). Funmilayo Ransome-Kuti spoke up for independence and women’s rights. Her son Fela ‘sang up’ for citizens’ rights and against military rule. Eedris Abdulkareem subsequently borrowed a popular Fela phrase by referring to us as the “Republic of Suffering and Smiling“, but not before reminding us how “jagga jagga” (disorganised) Nigeria is. As we can see, each voice built on the harmonics of predecessors, and there have similarly been many other loud and distinct voices throughout the history and struggles of Nigeria. Perhaps what they lacked, however, was the necessary chorus effect that can only be generated by a backing mass – the Nigerian population. This is what we must now get right, rather than slip into divides, even if ‘merely’ generational.

The subtle difference between the ‘generational’ paradigm and that of total ‘exchange’ is that the former, even if effective for a time, will pass away; the latter is intended to be permanent and passed on. I could not find the right word to replace ‘generation’ (in the phrase Sòrò Sókè Generation) but I am more concerned about your understanding than I am about finding the perfect sounding slogan. So call it whatever you like, or better still forget a second word and let us all just Sòrò Sókè however young or old we are, whatever language we speak, and whatever traditions we hold dear. Being Nigerian is the only and most important common thread that we have and that matters. It is the factor that unites us as one and gives us the combined legitimacy to confront all that is wrong in our society and to continue to challenge those who have or should have the power to make the changes we need.

So, what must you and I do? We must remember (or realise) that official or state authority is not a right to harass, oppress or intimidate. This is the case in any situation where power of any sort is being (ab)used unfairly to the detriment of citizens and for the benefit of the power holder. Be it sex for grades in higher education institutions, the police extorting danfo (bus) drivers, or the blatant denial of rightful public services if one is not ready to pay a bribe; we must ALL speak up, we must ALL Sòrò Sókè. If not for ourselves, then we must do it for our children and theirs. Whatever we do, we must all increase our individual capacity as holders of the #OfficeOfTheCitizen and resolve to NEVER DO NOTHING, for the moment we do that, evil triumphs.

(From the blog: ‘My Nigerian Dream’)