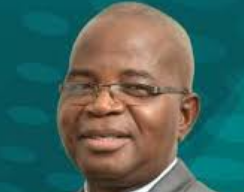 BY NATHANIEL IKYUR (RIGHT OF REPLY)

Governor Samuel Ortom of Benue State is one leader in Nigeria now, who speaks truth to power. It is he who dares to take on any challenge with a victorious mindset. And he has been successful. It is Ortom who has awoken the consciousness of Nigerians to the menace of insecurity by the Fulani herdsmen who invaded Benue communities and wrecked havocs on families, killing in the process and taking over farmlands. At first, he was seen as a meddlesome personality. And because they ignored him, the entire country is battling with armed banditry. Almost every part of this country has its fair share of insecurity ranging from kidnappings and armed banditry etc. And no part is free from the rampaging breakdown of insecurity.

It is therefore uncharitable for the Chairman, THISDAY Editorial Board, Olusegun Adeniyi, to, in his back page column of 10th December 2020, titled “Ortom and the Wife Beater” give an abysmal and bile-filled outing against Governor Ortom for resolving the dispute between Pius Angbo and his wife, Ifeyinwa Angbo, a medical doctor with the Benue State University Teaching Hospital, BSUTH Makurdi.

Adeniyi was emotive in his analysis and didn’t have the patience to piece the details from both sides to arrive at his conclusions. And because he lacked the basic information which the governor had, he was too quick to condemn the compassionate, humane and commendable efforts initiated by Governor Ortom to settle a marriage dispute between the Channels Television Correspondent in the state, Angbo and his wife. Adeniyi rather took the ignoble path and descended to the abyss of bitterness and selective citing of references which he skewed to back up his lopsided piece of writing.

Adeniyi exuded abusive stereotyping of the people of Benue by ignorantly and erroneously stating that “Benue is a state where women are routinely abused by their husbands”. This is indeed too grave to ignore. He went ahead to insinuate some abstract cultural value, linking Benue State to it, saying “under this prevailing cultural background and milieu, the actions of the governor of Benue State should not surprise us”. It is unfortunate that such a blanket and blind classification of Benue people is coming from someone who should be very scrupulous in his choice of words. But for whatever reasons, Adeniyi has chosen to wear the toga of a puritanical pride and condemn Benue men as if where he hails from such incidences do not occur.

Baobab for Women’s Human Rights is a non-profit, non-governmental organization working on women’s human and legal rights in religious, statutory and customary laws. Incidentally, Justice Abdul Mutalib Ambali, Sharia Court of Appeal, Kwara State, Ilorin (Adeniyi’s home state) is a member of the editorial committee of this publication. According to Baobab Legal Literacy Leaflet No.1 “Violence against women cuts across all cultures and traditions, across class, ethnic, and religious barriers. One thing that is universal is acts of violence against women! Muslim, Christian and Animist men have been known to abuse their wives and daughters or sons”.

In the “World Bank. Violence against Women and Girls.” (accessed on 22 July 2019), the research clearly says, “One characteristic of gender-based violence is that it knows no social or economic boundaries and affects women and girls of all socio-economic backgrounds: this issue needs to be addressed in both developing and developed countries.” So why should Adeniyi stereotype Benue and make her look evil?

There are very many research works and literature, which have established that violence against women is not peculiar to any group of people. It happens everywhere. And of course, there is also violence against men. We have cases of women killing their husbands in Lagos, Kwara and all across the states and beyond. Yet, Adeniyi chose to be blind to these only to take on Benue, labelling it as the epicentre of crime by men against women. This is in very bad taste.

Benue people, and indeed Governor Ortom have deep respect for her citizens; women, unmarried and married. This is why the governor in June 2019 assented to the Violence Against Persons Prohibition Act 2015 Law as domesticated by the state.

Apparently engaging in half-truth, Adeniyi stated that “under Section 55 (1) (d) of the Penal Code applicable in the northern part of the country to which Benue belongs, beating a wife for the ‘purpose of correction’ is legal”. He subtly hid from the reader the fact that the same Section 55 of the Penal Code says “nothing is an offence which does not amount to the infliction of grievous hurt upon any person and which is done by a husband for the purpose of correcting his wife, such husband or wife being subject to any native law or custom in which such correction is recognized as lawful”. Let Adeniyi and those who may share his line of thoughts know that Benue is not a state “where women are routinely abused by their husband’s” as he erroneously insinuated. This is a misconstrued thinking.

It is curious that the same Adeniyi who is accusing the governor of wasting four precious hours in settling a domestic quarrel between a husband and wife would still contradict himself by saying “the governor is telling the world that domestic violence is not a big deal in his state”. For the avoidance of doubt, the intendment of the intervention of the Governor was not a publicity stunt. It is an eloquent testimony that Governor Ortom is genuinely concerned with both the physical and emotional welfare of his people.

Adeniyi should know (if he is not aware) that even judges explore Alternative Dispute Resolution, ADR options. This is not just for couples seeking divorce but in other legal matters too. It is, therefore, not out of place for Governor Ortom to seek ways to bring peace in the family of the Angbos. It is also presumptive and a wrong notion to want to bar the Benue State Governor or any other well-meaning individual, who may be opportuned to save a situation such as that which the Angbos found themselves in under the pretext it will attract criminal prosecution.

Simply put, Governor Ortom didn’t breach any law. The woman made no formal complaint against her husband. This is why she elected to embrace him when the governor sought audience with the family. Let it be known that the purpose of the law is not to put asunder marriages but to build marriages and prevent against gender based violence and that is what the governor achieved here. I doubt if prosecuting Angbo would have achieved that. In any case, mediation is an ADR form recognised by law and nothing in the law disentitles the governor from being a chief mediator. A role he discharged and acquitted very well.

Adeniyi and the general public should be open-minded, objective and balanced in their public commentaries on issues such as this rather than the prejudiced inferences based on half-truths or lopsided information. Let it be known to all that because the governor helped reconcile the Angbos does not suggests he supports gender violence or it is in the character of Benue men to abuse women. He did this, knowing that like the state, the society is built from the home. And so must be helped to stand.

QUOTE FOR THE PAGE

Simply put, Governor Ortom didn’t breach any law. The woman made no formal complaint against her husband. This is why she elected to embrace him when the governor sought audience with the family. Let it be known that the purpose of the law is not to put asunder marriages but to build marriages and prevent against gender based violence and that is what the governor achieved here. I doubt if prosecuting Angbo would have achieved that.