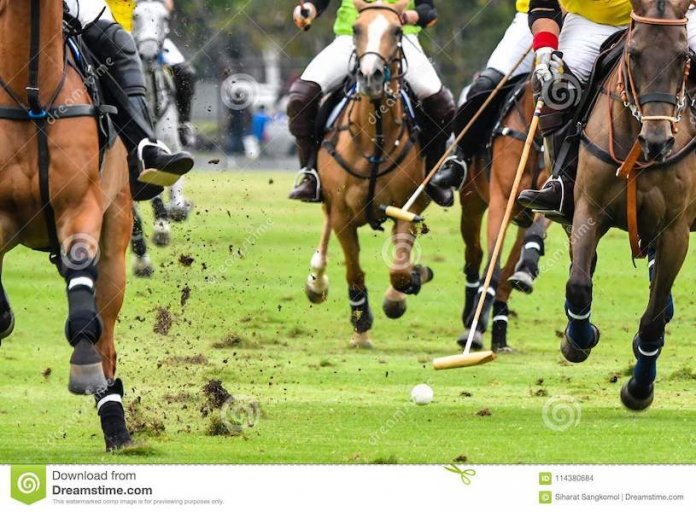 The patron and one of the players of the Kaduna El-Amin Polo Club, Mohammed Babangida has described winning Africa’s most prestigious polo trophy, the Georgian Cup at the 2020 edition of the Kaduna International Polo Tournament as special.

Babangida expressed his excitement while fielding questions from our correspondent on Tuesday on telephone.

“Crowning it up with the 15th Georgian Cup victory on our 25th anniversary makes this win even more special,” he further observed.

An elated Mohammed Babangida explained that it has been 25 years this year, when El-Amin was formed, but said that before El-Amin, he had tasted Georgian Cup victory with a different team.

“Playing our first ever tournament in Kaduna Polo Club in the second and third highest cup, and winning them both 25 years ago marked the path to success for the team,” he recalled.

“Interestingly, El-Amin has been together for 25 years now with the same players, myself, Ibrahim mohammed and Bello Buba.

“The team has appeared in the Georgian Cup 20 times and won 15 times.

It is the only team to have won all high-goal cups across the country; Lagos, Minna, Kaduna, Kano, Port Harcourt, Katsina, Abuja, etc.

Interestingly, three of the players played for the Nigerian team in Dubai Gold Cup 2008, Olympics qualifiers 2012 in Malaysia and the African Open Cup in South Africa 2018, amongst many other achievements.

As an individual, the El-Amin patron, Mohammed Babangida, has won the Georgian Cup for a record 16 times.

He won it 15 times with El-Amin and once with Kaduna Kakuri in the year 2000.

El-Amin team led by team patron, Mohammed Babangida and inspired by Argentine import, Raul put up a fantastic performance to win back the Georgian Cup, their 15th victory of the trophy made of Georgian silver in 1875.

The 2019 winners led by patron and Minister of Aviation, Sen. Hadi Sirika, who did not play in this edition, starred the Badamasi brothers, Abdulmalik and Idris as well as Argentine imports, Sylvester Donovan and Manuel Crespo put up a huge fight to retain their trophy.

The match started with El-Amin gaining a goal due to lower handicap, this they doubled through Raul within few minutes of the game, Raul tripled their goals in the second chukker but Manuel Crepo hit back with two goals to end the chukker 2-3.

The third chukker promised to be the turning point as El-Amin increased their lead to 2-4 but were pegged back and conceded two goals to have the game levelled up 4-4.

Rubicon then took the lead via Donovan but Raul equalised through a penalty. Donovan scored again to put his side ahead 6-5 before missing a chance to take the game further beyond their opponents.

The last two chukkers became decisive as Rubicon extended the lead to 7-5 but Raul reduced the tally and helped El-Amin levelled the game 7-7. El-Amin then showed their grit to score two goals in the last chukker even as Rubicon lost a 30-yard penalty to lose the game 7-9.

Kaduna El-Amin had earlier played a 5-5 draw with Malcomines on Saturday, while Abuja Rubicon piped the Malcomines side 6-5 on Thursday to win the Argentine Ambassador Cup sponsored by Dawule Baba owner of Deebee Farm.