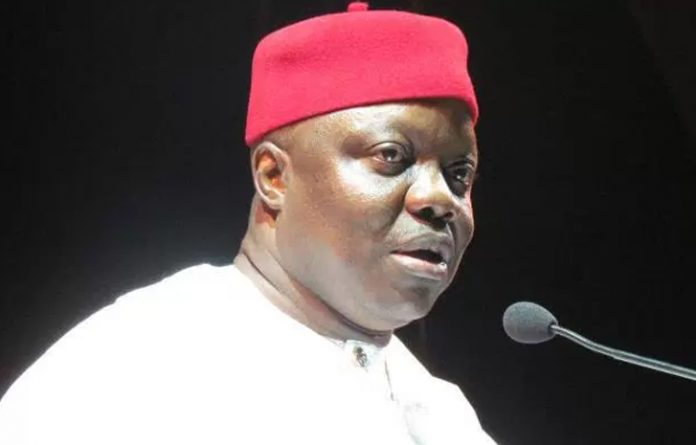 The immediate past Governor of Delta State, Dr. Emmanuel Uduaghan, has stated that Nigeria needs an administrative restructuring to set the country on the path of development.

Uduaghan maintained that restructuring the country might be difficult considering lack of consensus and divergent views on the matter.

He made this statement while featuring as a guest on a radio programme “The Discourse” on Classic FM in Lagos.

According to him, the notion that “restructuring” means different things to different people depending on their background has made it difficult to reach a common ground on the subject.

Uduaghan, who was the governor of Delta State between 2007 and 2015, posited that what Nigeria needs is an “administrative restructuring that will set the country on the path of development,” adding that “I like the way you put the question. What is restructuring to me? That is because restructuring means different things to different people and that is why we cannot as a country be talking about restructuring or achieve restructuring.

“Some people see restructuring on a geographical basis. Let us just build this country into several states and all that, let us merge some states you know, some parts of the country have taken over every position in government, all the appointments belong to one part of the country or we need to redistribute them.

The former governor, who recently returned to the Peoples Democratic Party (PDP) after over two years sojourn in the ruling All Progressives Congress (APC), explained that the administrative complexity that exists among the federal, state and the local governments hinder the country’s progress.

He attributed the slow paced development in the country to the responsibilities vested on the federal government through the ‘Exclusive List,’ that barred the state governments from performing some duties even right in their domains.

“Now with an improvement in Warri Port, more ships are coming there. Many traders from Onitsha import their goods through Lagos port and have to drive the goods through that Lagos-Benin road which was very bad at that time. Of course it takes two to three days to get their goods to Onitsha.

“We said if we work on that Ughelli-Asaba Road, dualize it and the goods come through Warri Port. With the goods from Warri Port within two or three hours it will be at Onitsha. But for us to be able to even start on the Ughelli-Asaba dualisation it took us two years to tackle the Ministry of Works at the federal level because it’s a federal road. They said as a state government you need permission from the federal government to do it.

“So for two years, we didn’t get that permission. It got to a point I said look is the road not in Delta? I must start it and that is how I started that road, let the federal government come and beat me for starting it. And that is why I started that road and I am happy that my successor is continuing with the road because when that road is properly dualized and with an improvement on the Warri Port the congestion happening in Lagos Port will be much reduced.

“So, mine is administrative. The country should be restructured in such a way that each state government is able to meet all its financial needs in running its own responsibility,” he explained.