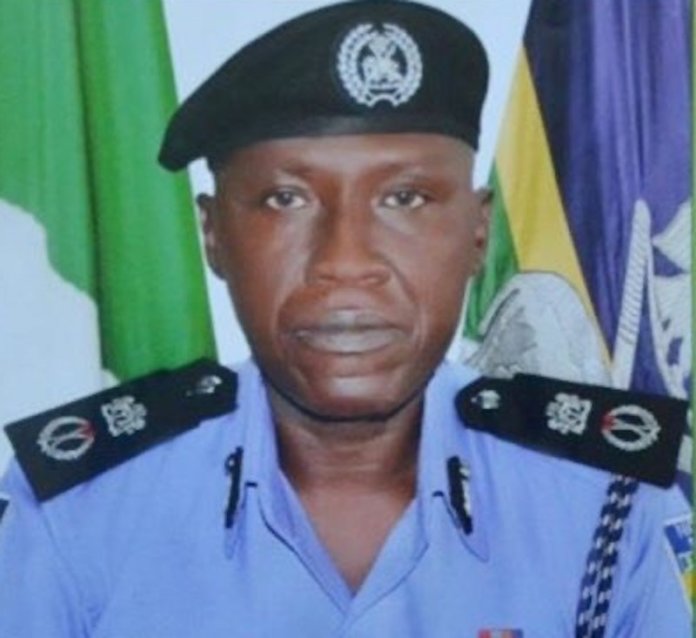 With the recent influx of kidnappers, robbers and hoodlums, who have terrorising the residents of the Federal Capital Territory, Olawale Ajimotokan and Kingsley Nwezeh report that insecurity in the territory has reached its peak

Residents of the FCT have been agonising over the reign of terror by armed robbers and kidnappers, which has raised the security concern in the nation’s capital to the highest level.

In recent times, criminal elements have been having free rein in some parts of the FCT, robbing residents of their money and valuable items. Some of the worst-hit communities are Kurudu and Kpegyi, a situation that has prompted some of the residents to alarm the police to come to their aid and sanitise the communities in the Abuja Municipal Area Council (AMAC) from the grip of hoodlums.

Houses and businesses on streets around the Block Industry, Christ the King Catholic Church (CKC) in Kurudu are at the mercy of the armed groups, who come in large number during each operation.

Ndubuisi Okebugwu, a journalist who lives in the affected areas in Kurudu, said the formation of vigilante groups by residents of various streets is yet to deter the daily attacks by the robbers, who sometimes start their operations as early as 8 p.m. when residents are still savouring their dinner, moving from one business premises to the other, armed with dangerous weapons, like knives, machetes and guns, which they use to rob people without being molested.

“Life has become unbearable for people around the block industry and the surrounding neighbourhood. On daily basis in the last few months, residents keep vigil around their homes to ward off the armed robbers who come in their tens.

“For two nights consecutively- last Thursday and Friday, they came in their numbers (over 50) around the block industry and CKC. Men living in some of the streets quickly mobilised and joined the security men to confront them. In the process, the robbers attacked and wounded some residents, and succeeded in robbing some houses,” the journalist said.

Beside the two above mentioned communities, there has also been increasing robbery operations in the outskirts of Kubwa, Dutse Alhaji, Karmo, and the area councils.

The untoward activities of the criminals have also drawn the FCT Police Command into confronting some of the robbers, who rob at gunpoint in different parts of the territory. Some of these criminals specialise in “one chance”, who disguise as genuine passengers aboard a commercial vehicle, but end up robbing other unwary passengers.

Detectives from the Gwagwa Division of the police command, had, during a recent, routine patrol arrested one Chima Ezenwa, 23; Micheal Obi-Ude, 27; and Daniel Godwin, 28, all male at Gwagwa, while attempting to rob their unsuspecting victim at gunpoint.

The suspects stated that they had monitored their victim closely overtime before attempting to dispossess him of his valuables. Exhibits recovered from them include one locally-made revolver and one round of live ammunition.

The command, acting on intelligence, dispatched police operatives from the Special Anti-Robbery Squad, who arrested one Augustine Wodi, 26; Emmanuel Baba, 22; and Samson Bamiyi, 20, all-male and members of a five-man gang along Gada Biu-Kwali axis during a robbery operation.

The suspects stated that they conspired with the driver of their victim to perpetrate the heinous act before they were apprehended. It said efforts were in place to arrest other members of the gang at large.

The command said the suspects would be arraigned in court upon the conclusion of the investigation.

Also during a recent stop and search operation, police detectives from Gwagwa Division arrested one Orinya James, 28, a member of a two-man one chance robbery gang at Ushafa-Gwagwa after robbing their unsuspecting victims of their valuables.

The suspect, who poses as a cab operator to carry out his nefarious act, tried to abandon his operational vehicle and its content before he was accosted by the eagled-eye operatives on duty. The command said it had intensified efforts to arrest the other suspect at large.

During a routine patrol, police detectives from Dutse-Alhaji Division arrested one Chinoso Godwin, 26, at Dutse-Alhaji while attempting to dispossess his victims and passengers of their possession in his operational vehicle.

The suspect, who posed as a taxi operator to rob his victims met his waterloo while attempting to escape at a police checkpoint. Exhibits recovered are one Gulf 3 vehicle with registration number ABC 659 AM. The spokesperson of the command, ASP Mariam Yusuf, said the suspects would be arraigned in court upon the conclusion of the investigation.

The prevailing situation may not be unconnected with the poor economic situation in the country. In the last four years, for instance, the downturn in the economy had led to 20.9 million people losing their jobs according to the National Bureau of Statistics (NBS), especially among the youth.

“The hardship is biting harder as costs of basic commodities including accommodation have skyrocketed. Inflation at over 11per cent has eaten so deeply into the disposable income of the people, leaving them with little or no savings”, it said.

Apart from robbery, some Abuja residents have also been having sleepless nights on account of the activities of hoodlums, who specialise in kidnapping their victims for ransom. Scores of people have been abducted by kidnappers in Pegi in Kuje and Tungan Maje by the hoodlums. Some were also killed during the daring raids.

Pegi has been the epicenter of the criminal raids with kidnappers randomly carrying out raids in the isolated community mainly along the dreaded earthen road known as bush path.

Recently they kidnapped a former Vice- Chairman of Kuje Area Council, Mohammed Baba, and two members of the council’s legislative arm and many support staff of the council, including the Transport Officer, Special Assistant, Media, Head of Department (HoD), and Food Services.

Baba and others were commuting on a bus to Kuje after going to congratulate the new Education Secretary of the council, Mr. Yunusa Zakari, when they ran into a trap laid by the gunmen, who abducted all the occupants before vanishing through the bush path.

The kidnap of the council vice-chairman and another incident resulted in one person to be lying in critical condition from gunshot injuries, while two other persons were kidnapped after many hours of shooting by gunmen in the troubled community prompted the Chairman of Pegi Community Development Association (PECDA), Taiwo Aderibigbe, to lead a protest to the Federal Capital Territory Administration (FCTA) to demand improved security in the troubled community.

Also, Sabon-Bwari, a border community in Niger State, which is about five kilometres from the Law School was attacked by kidnappers, who held the community captive for two hours, ransacking houses. After abducting five persons, they made a demand of N50 million as ransom from the families of the victims. Sabon-Bwari is predominantly an agrarian community.

However, in response to the spate of kidnappings and other criminal activities in the territory the Development Control Department of the FCTA has been carrying out the demolition of shanties and illegal settlements that provide cover for criminal elements in the FCT.

Demolition exercises have taken place in several parts of the city to uncover the unwholesome activities of the criminal elements and to restore the city masterplan.

The FCTA has attributed the spate of crimes in the nation’s capital to the sprouting of shantytowns and has vowed not to condone them in the territory.

The FCTA, Director of Security Services, Adamu Gwary, while speaking about the demolition at Down Jabi community, noted that those settlements had become a haven for criminals in the FCT. He said that the exercise had to be carried out in the interest of the general public.

“Shantytowns keep springing up in all corners. Henceforth, we shall not condone them in the FCT,” Gwary said.

The Director of FCTA Development Control, Malam Muktar Galadima, noted that the proliferation of commercial activities in the community was attracting men of the underworld and even making the environment dirty,” he said.

He also noted that the exercise at Kukwuaba-Wuye, where 2,400 shanties were removed the in Ruga settlement was to checkmate security challenges posed by the threat of Boko Haram as well as kidnapping, and bring orderliness and sanitation to the capital city.