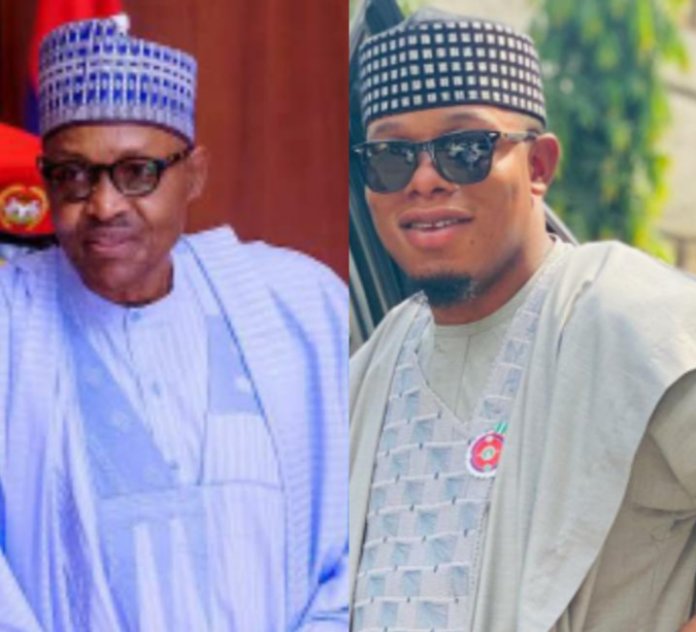 An Ambassador to the Economic Financial Crime Commission, EFCC – Obidke Chukwuebuka said President Buhari’s love for the people South East is unquantifiable more than any other President Nigeria ever had and He is a man of integrity with the tenacity to fight corruption without fear or favour.

On this occasion of your birthday, may you continue to be a catalyst for a corrupt-free nation, peaceful and progressive entity. May your wisdom continue to guide our dear nation towards economic sustainability and socio-cultural development. May the Almighty continue to bless and keep you safe for many more years. Cheers my mentor

In his word; “Since President Muhammadu Buhari became president in May 2015, Nigerians have witnessed a series of investigations into alleged corruption by past and present government officials, including high-profile cases involving the former minister of petroleum and a former national security adviser. Buhari’s anti-corruption campaign has not spared members of his own government: The secretary to the Government of the Federation and the director of the Nigeria Intelligence Agency were sacked and are being investigated on corruption charges.

He has taken several steps to embed anti-corruption safeguards into government frameworks and institutions. In 2016, his government announced a whistleblower policy which aimed at exposing corruption and fighting financial crimes

His efforts and determination to reduced corruption in Nigeria have earned him recognition from the African Union as an ”anti-corruption champion”.

Obidike also expressed the love of president Buhari on the people of southeast and was shocked on the people that say Buhari hates Southeastern.

“It baffles me when I hear people say that President Buhari hates Igbos. When you go to Buhari’s antecedents, you see his love for the Igbo – his Brigade Commander was an Igboman.

“When President Buhari ran for political office in 2003, who was his running mate? Dr Chuba Okadigbo. And in 2007? Chief Edwin Ume-Ezeoke. If he hated Igbos would he run with them? That shows you the respect and the regard he has for Igbos, it was political reality that compelled him to come south-west in 2011 and in 2015

“After the war, he did not kill prisoners of war. He brought back his classmates, J.C. Ojukwu and the other man from Ojoto in Anambra State.”

He has achieved alot for us. What President Buhari has achieved in southeast region, no President has ever done that. His achievements are glaring and unquantifiable to discerning Nigerians.

“For the 16 years that PDP ruled Nigeria, the South-East did not benefit anything in spite of the fact that they dominated almost all the key positions under Ex-President Goodluck Jonathan.

Let’s look at 2nd Niger Bridge captured in 2016 Budget. Let’s recall that the last President sometime in 2011 said that he would complete that second Niger bridge before 2015. He didn’t even go beyond the architectural drawing, but in 2016 budget, that project is there and work is almost 60% completed.

“We won’t forget various federal roads in southeast being constructed by this current administration. Reactivation of Onitsha seaport and rehabilitation of Enugu international airport by this the same Buhari they told us that hate us.

“I think there is a huge communication gap. We Igbos in APC has herculean task to correct the erroneous impression of our people about President Buhari.

Once again, Congratulations Mr President of the Federal Republic of Nigeria.” Obidike concluded.