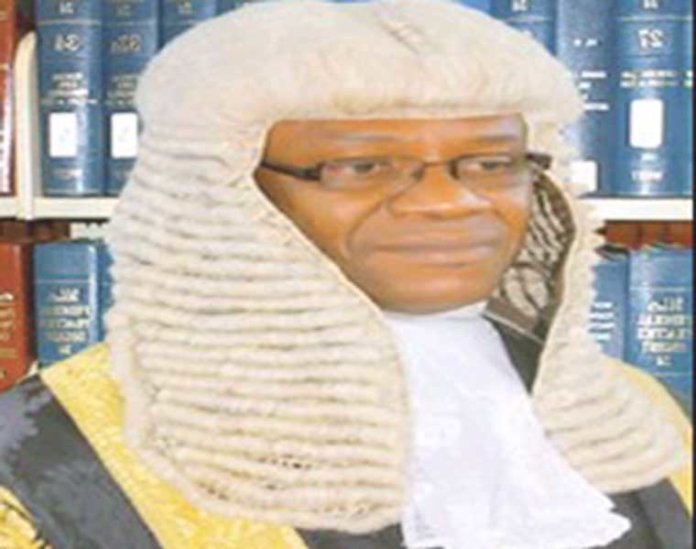 In the Supreme Court of Nigeria Holden at Abuja On Friday, the 5th day of June, 2020

The Respondents and the Nigerian National Petroleum Corporation (NNPC), were parties to a Joint Operating Agreement (JOA) in relation to Oil Mining Leases (OML) 18, 24, 25 and 29. The Appellant was not a party to the JOA, just as NNPC was not a party to the Agreement for Assignment (“the SPA”) of 45% Undivided Participating Interest in OML 25 owned jointly by the Respondents.

By Article 19.4 of the JOA, a transferring party (the Respondents) is required to give notice of its intention to assign its Participating Interests to a Third Party and give details of the name and address of the Third Party, including the terms and conditions of the proposed assignment, so that the other party can exercise its right of first option or interest. The notice gives the other party 30 days within which to exercise its right of option/pre-emption. Some terms of the agreement between the Appellant and the Respondents however, included waiver by the NNPC of its pre-emption right under the existing JOA; the consent of NNPC to the assignment of the Respondent’s 45% Undivided Participating Interest in OML 25; and the approval of the Minister of Petroleum Resources for the assignment under the JOA.

NNPC subsequently, exercised its right of pre-emption under the JOA by its letter of 8th August, 2014. Thus, the Appellant filed an action against the Respondents at the Federal High Court, whereat it challenged NNPC’s right of pre-emption on the ground that same lapsed on 4th August, 2014, and that the Respondents negligently and/or collusively in bad faith when it failed to object to NNPC’s letter which foreclosed the Appellant, as a Third Party interested in the Respondent’s 45% Participating Interest in OML 25. The Appellant alleged further that the Respondents failed in their contractual obligation, to procure the conditions precedent stipulated in the terms of agreement in the SPA. It therefore, sought inter alia, an declaration that the termination of the SPA by the Respondents by their letter of 20th January, 2015 was wrongful, null, void and of no effect whatsoever; and an Order of Specific Performance, compelling the Respondents to transfer their Participating Interest in OML 25 to it.

The Respondents raised a Preliminary Objection to the competence of the court, on the ground that the action relates to breach of contract, which the Federal High Court lacks jurisdiction to determine. In its decision, the trial court held that though the suit relates to a contractual relationship between parties, it is not a simple contract as the Federal High Court has original jurisdiction to determine dispute of this nature, which is connected or pertaining to mines, minerals, including oil field, oil mining, geological surveys and natural gas. The Respondents successfully appealed the decision of the trial court; hence, the appeal to the Supreme Court.

The sole issue considered by the Apex Court was:

Whether the Court of Appeal was right in holding that the Federal High Court does not have the jurisdiction to entertain the Appellant’s claims.

Counsel submitted on behalf of the Appellant, that the bedrock of the dispute was the Respondent’s 45% Participating Interest in the oil field covered by OML 25, as the basis of the action filed by the Appellant at the Federal High Court, was to determine whether, pursuant to the SPA, the Appellant was entitled to the Respondent’s 45% Participating Interest in OML 25. Counsel conceded that the transaction with the Respondents was contractual, but argued that the transaction was not a simple contract that can be entertained by a State High Court. He argued that by the provisions of Section 251(1)(i)(n) of the Constitution of the Federal Republic of Nigeria, 1999 (as amended) and Section 7(1)(n) and 7(3) of the Federal High Court Act, the lower court was bound in law to have reached the inevitable conclusion that the dispute between the parties had its roots in an oil field, which is within the jurisdiction of the Federal High Court – RABIU v THE STATE (1980) 8-11 SC 130 at 195. Counsel posited that the Federal High Court has exclusive jurisdiction to entertain the action, which challenged the executive and administrative action of the NNPC, a Federal Government Agency.

For the Respondent however, counsel submitted that the suit of the Appellant at the trial court relates basically to a simple contract, which is outside the jurisdiction of the Federal High Court – ONUORAH v K.R.P.C. & Anor. (2005) All FWLR (Pt. 256) 1356.

The issue in this case, is a compound of the tort of negligence and collusion actuating the breach of contract alleged against the Respondents. In both circumstances, the Federal High Court lacked the jurisdiction to adjudicate on the matter. The trumpeted adumbration by the Appellant on the phrases – “issues relating to”, “arising from”, or “ancillary to” have been addressed in the case of TRADE BANK PLC v BENILUX (NIG.) LTD (2003) 9 NWLR ( Pt. 825) 416. The Agreement for Assignment (the SPA) of 45% Participating Interest in OML 25 owned jointly by the Respondents, is not directly connected to or arise from the items listed in Section 251(1)(n) of the Constitution; the dispute is contractual, not constitutional. The SPA did not have a thing to do with the activity that would be carried out by the owners of the lease, in exploration for oil drilling or exploring crude. The suit was not about an oil field covered by OML 25, but about Appellant’s right to the participating interests of the Respondents in OML 25 and breach of the terms of the SPA.

It follows that, the decision of the lower court that the case was not one which the Federal High Court is imbued with jurisdiction to adjudicate on, is unassailable. The submission by the Appellant that decision in P.&C.H.S. CO. LTD v MIGFO (NIG.) LTD & ANOR. (2012) 18 NWLR (Pt. 1333) 555, was decided per incuriam Section 7(3) of the Federal High Court Act, 2004 is unfounded.

Hamid Abdulkareem, Esq. with I.U. Robert, Esq. for the Respondent.

“There is no aspect of breach of contract, be it a simple or complex contract, that the Constitution, in Section 251(1) thereof, confers jurisdiction on the Federal High Court to adjudicate on”