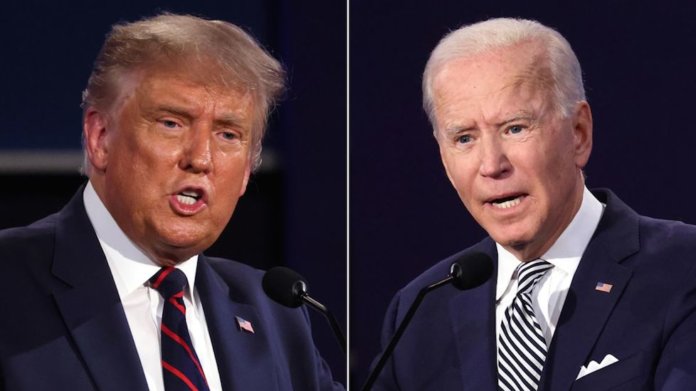 Electors are set to meet Monday to officially cast their votes in the presidential race, signaling the coming end of a nearly two-year process that has become mired in controversy.

The 538 electors will formally vote to make Joe Biden the nation’s president-elect, with Biden projected to garner 306 votes compared to 232 for President Trump.

The quadrennial meeting is typically a sleepy affair, but it’s been thrust into the national spotlight as Trump rails against the race’s results and he and Republicans launch an array of lawsuits to subvert the elections that have been shot down in courtroom after courtroom. Trump has also asked state lawmakers to swap out Biden electors with those who support him, but that effort has flamed out too.

Here’s what will actually happen when the electors meet.

What the electors do when they meet

Federal law sets the Monday after the second Wednesday in December in presidential election years as the date when electors meet.

The Electoral College delegations will meet in their respective states and the District of Columbia at places that have been designated by their respective state legislatures. There they will vote by paper ballot along the lines of the popular vote winner in their state and then each elector will cast two ballots, one for president and one for vice president. Those ballots are then tallied, after which the vote is certified in Certificates of the Vote.

Those certificates must be delivered by the fourth Wednesday in December, which this year is Dec. 23. They will ultimately be brought before Congress on Jan. 6, when Congress declares the election results.

Who the electors are

Each state has as many electors as the number of lawmakers in their entire congressional delegations, equaling the total number of the state’s House delegation plus its two senators.

The people chosen are often done so for perceived loyalty to their respective parties and usually are party leaders, state and local elected officials and party activists. Electors cannot be members of Congress or hold any other federal office.

When ballots are cast, a voter is actually voting for the presidential electors who were chosen by the party of their preferred presidential candidate.

Is it possible for electors to deviate from the state’s results?

Yes, electors can deviate from their respective state’s results and vote for someone besides the presidential candidate who won their state. Those who choose to do so are called “faithless electors.”

In 2016, seven electors from the Democratic Party and one elector from the GOP publicly declared to vote for someone other than the pledged nominee at the Electoral College vote.

However, widespread defections are highly unlikely, and the prospect of there being enough faithless electors to change the outcome of the race is virtually impossible. Several states have laws that impose fines or prison sentences for electors who fail to vote by the state-specified rules.

Can Trump do anything to stop this?

The president can try to stop the results from the Monday meeting from taking effect or even change the electors who meet in the first place, but his efforts thus far have been fruitless and are extremely unlikely to pan out.

Trump has already asked lawmakers in a number of battleground states like Michigan and Pennsylvania to swap out Democratic electors for those who support him, though his pressure campaign has so far been unanimously rebuffed.

The president has also pressed Congress to refuse to certify the results during their January session, and while a handful of House members and at least one senator have expressed openness to the idea, the plan still faces a steep uphill climb to have any chance of handing Trump a second term.