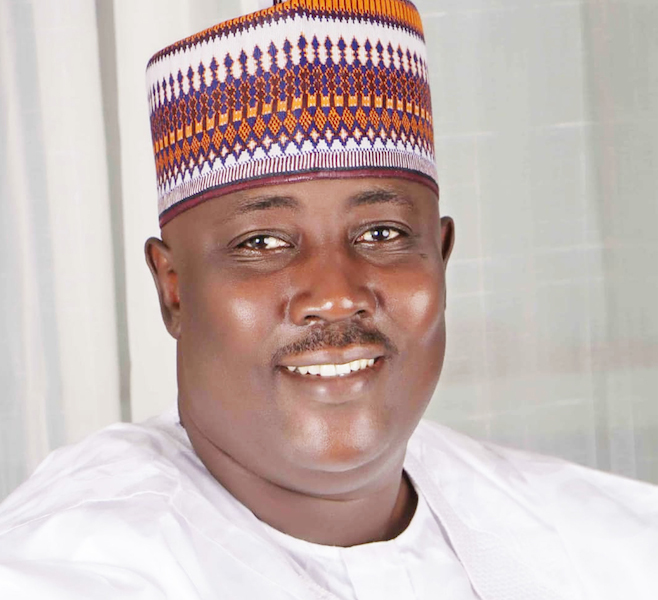 Ayuba Wande Usman, a lawyer, is the Chairman of the Nasarawa State Independent Electoral Commission. In this interview with Igbawase Ukumba, he spoke on the challenges of credible elections. Excerpts:

People of Nasarawa State are looking forward to your commission conducting the local government elections next year. Is that possible?

Yes, we have been planning to have an election. And if you are aware since around June, the former chairman of this commission, who by the grace of God is now ambassador-designate, announced to the public that Nasarawa State Independent Electoral Commission was planning to hold the next local government election in February, because the tenure of the present elected local government council officials will expire by May 2021. The commission is still preparing to hold that election as announced by our former chairman.

So, how ready are you in terms of finances?

We had some allocations to this commission in the last budget, and we are still awaiting the release of this fund from the state government, because some segments of the preparation of the local government election is going to take place this year. We have also proposed some amount in the 2021 budget. But full force, we’ll be coming out in 2021.

What are those factors that may hinder you from conducting the elections?

Legally, there are only two factors that can make us either call off an election or postpone an election. The first one is insecurity and the second one is lack of fund. Just like I said, we are still awaiting releases from the Governor. The fact is that the COVID-19 pandemic and also the EndSARS protests have affected the Nigeria economy in a way, and Nasarawa State is not in isolation.

It is one of the reasons why we have not gotten our releases. But we are hopeful before the end of this year, we will get those releases and we will continue for our preparation for our election. But in-house, we are prepared.

Do you have new innovations to introduce into the commission in order to make the forthcoming election more credible and satisfactory to all participating political parties?

Like I addressed newsmen shortly after I was sworn in, I said we as a commission, we are embarking on confidence-building, because we understand that the major political parties didn’t participate in the 2018 election and we will not want a repeat of such in the 2021 election. Basically, we have to build confidence, because democracy is about free choice, and this free choice is about having election that will be generally perceived to be free, fair and credible.

I want to assure you that for us at NASIEC, we are not going to do anything short of that. In the processes lined up for this election, we will have serious stakeholder engagement. And the major stakeholders firstly are the political parties, secondly, the journalists, who will help to create awareness, thirdly the electorate and also the security agencies and non-governmental organisations.

We will be working very closely with all these groups to ensure that we plan an election that is acceptable to everybody, because when everybody has contributed in planning for this election, he will have some level of confidence in the system. We are not going to do anything short of that.

Fortunately for us, we had by-election on the 14th November 2020 in the Gangare Tudu electoral ward, which was occasioned by the demise of the councilor of that electoral ward, Hon. Adamu Sale. I think for all those, who observed or covered that election, the election was credible. We allowed all political parties, who are willing to do that to fill in candidates too. We allowed them to conduct their primaries, which were observed by officials of NASIEC. We did not stop anybody from participating in that election. And on the election day, we fully mobilised our people.

Our officials were all on ground at the polling unit. The election started exactly by 8am and we observed the COVID-19 protocols. I must commend the security agencies and the political parties that participated, because they all showed level of maturity and also believe in the system. That is the standard we have set and that is the standard we are going to maintain in all subsequent elections we are going to conduct.

Are you assuring the people that in the forthcoming election, the PDP and APGA will participate, because they are the major opposition political parties in the state?

That is for them to decide. But for us as an electoral umpire, we will do our best to satisfy them that the procedures will be free, fair and credible and also very transparent.

There are agitations across the country that state electoral bodies should be scrapped and allowed the Independent National Electoral Commission (INEC) to conduct local government elections. What is your view on this?

My view is that even the Independent National Electoral Commission, prior to 2007 election, when the late President Umaru Musa Yardua was also being accused and looked at in this bad light. It was the late president, who confirmed that the election he won was not a very good election. He put up the Justice Uwais Electoral Committee, which came up with a lot of proposal and recommendations. And part of these recommendations was implemented. Several laws were amended for INEC to be what it is today.

But, luckily for us in Nasarawa State, so far so good, we have not had any issue regarding interference with our independence. We are independent and all that we have asked for, we have been given and we are conducting our affairs without interference whatsoever from any quota.

There are allegations that while conducting local government election and an opposition political party wins, governor of the ruling political party in that state directs chairman of the state electoral body not to announce the opposition candidate as winner. What would you do if you find yourself in such a situation?

Let me tell you something. I have sworn an oath and there is one basic thing on the day I was sworn in I said with me as head of affairs in NASIEC. I am only going to announce results as they come from the field. As a lawyer, you know I will never do anything that will be upturned by tribunal or by any court. And I will never do anything that someone will come and ask me questions and I will not be able to answer. So, as results come from various polling units is how it is going to be announced.

Since your assumption of office as head of state electoral body, how has it been?

It has been fine. The former chairman left a very good legacy, which we are building on. We are all planning and doing things together and we have a lot of things in the pipeline. Since the creation of this commission in the year 2,000, we have never had a rule of procedures that governs our operations in this commission. Since our former chairman got the approval of His Excellency for us to prepare the means of procedures, we have started.

I met his Excellency and he has given me the go-ahead to submit the rules of the procedures to him, because it is going to help us have a watertight institution to hold you responsible if you fail to do your duties. And this election we are preparing to hold and conduct was initiated by the former chairman and we are continuing. For us as an institution, we are fine. It is very rosy. And definitely we are working very hard. It has been hectic. And we are working very hard.

Lastly, what is your call to opposition parties that are very skeptical about the commission’s ability to conduct a free and fair election?

They should believe in the system. We are going to be transparent. We are going to involve them in planning of the election. They are going to see through the process. They should avail themselves whenever we invite them. And our doors are open to tell us what their fears are with a view for us to addressing those fears within the armpit of the law.