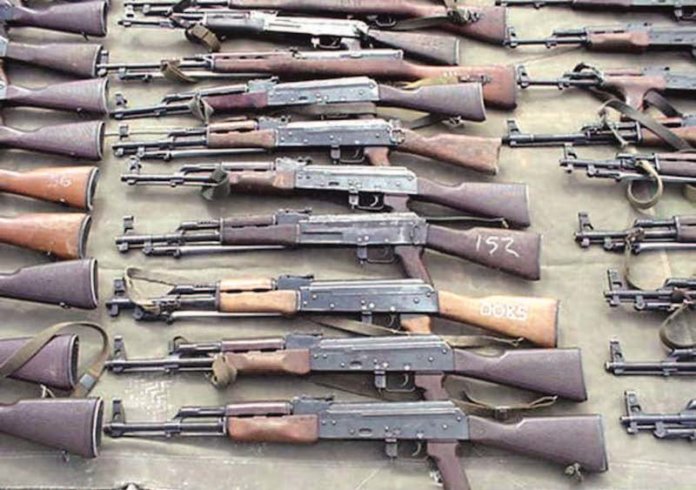 The closure of Nigeria’s land borders for more than a year has not in any way diminished the country’s security challenge. But the borders cannot forever remain closed, especially by an administration that has adopted a selective approach to who uses them. The issue of illicit arms flow, however, needs to be addressed as a national security imperative. Incidentally, the President reportedly assured the ruling All Progressives Congress (APC) governors last week that “Now that the message has sunk in with our neighbours, we are looking into reopening the borders as soon as possible.”

We understand the pressure that is making the federal government to rethink the issue of the border closure. But we should also not gloss over the fact that just last year, the president had lamented that the West African sub-region is not only a victim of illicit financial flows but also of human trafficking, arms and drugs, and with dire consequences on the wellbeing of the people and on national security. These, he added, continue to fuel terrorism and the proliferation of Small Arms and Light Weapons (SALWs). His views were corroborated by deputy head, Policy and Analysis of Munich Security Conference, Mr Julian Voje, who said that illicit financial flows posed a double threat to global community. According to Voje, an estimated 1.7 trillion to 4.2 trillion dollars were laundered in 2018 alone, much of it across borders.

The challenges posed by illicit flows, particularly through Nigeria’s borders, are enormous. Nigeria has hundreds of porous borders where illegal movement and smuggling of people and goods are done on a daily basis. Besides huge losses to the economy, the borders have also aided human and drug trafficking, while fuelling terrorism and communal violence in the country.

The level of insecurity and conflicts across the nation perhaps highlights the prevalence of weapons in the hands of non-state actors. Nigeria is awash with illegal small arms and light weapons many of which were trafficked through the unmanned borders. A recent research showed that out of the 857 million small arms and light weapons in the world, 500 million are illegal with 100 million found in sub-Saharan Africa. About 7.5 per cent of that is in Nigeria. The UN Regional Centre for Peace and Disarmament and the Presidential Committee on SALWS also found not too long ago that 350 million of the 500 million such weapons in West Africa are in Nigeria.

While we are not oblivious to the existence of the Immigration and Customs Services at many of our border posts, these agencies have proved incompetent or compromised in the discharge of their duties. We had in the past advocated the need to establish a special border patrol unit that should be well-equipped with modern high-tech surveillance gear. Now that there are considerations for the borders to be reopened, we hope that President Buhari will work with the security agencies on how to safeguard lives and property in the country.