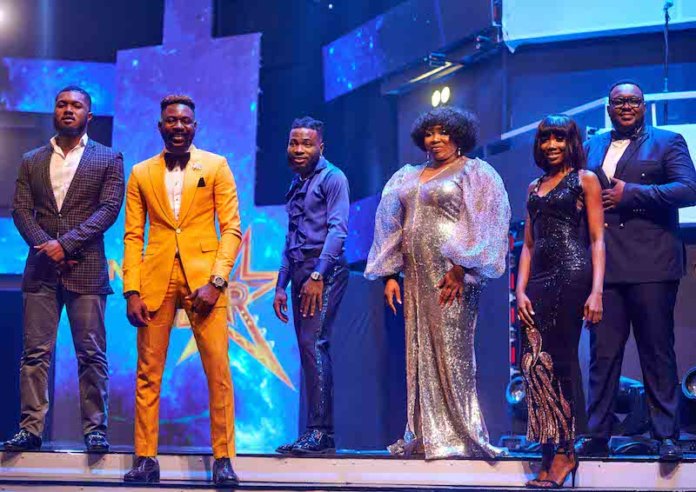 On Sunday, MTN Y’ello Star will crown a winner for its debut season. Last weekend saw the last six contestants emerge for a spot in the finals. It also marked the first appearance of the guest judge, Malik Yusef.

Earlier in the week, all the finalists, including the earlier relegated talents had a chat with the Regional Director, Creative Economy Programme for Sub-Saharan Africa at British Council, Ojoma Ochia who spoke to them about intellectual property and grant opportunities to support their music careers and help them spread their work beyond their home country. They were also joined by the likes of renowned filmmaker Sesan, record label executive Paul Okeugo of Chocolate City, renowned OAP, Gbemi of Beat 99.9 FM, and ace fashion designer Mai Atafo, who spoke to them about general branding.

Last Sunday night’s performances featured more soulful renditions. Freeborn sang ‘I Will Always Love You’ by Whitney Houston, Caesar performed Whitney Houston and Mariah Carey’s ‘When You Believe’ while Gideon delivered Lady Gaga’s ‘Always Remember Us This Way’ with a bit of his style.

The fates of the finalists are now in the hands of voters. But who will it be? Fayfay Diamonds, Caesar, Gideon, Freeborn, Dotti, or Storm? The winner will receive N5 million in cash, a fully furnished house with an in-house studio, a scholarship to attend a summer program at the Berklee College of Music, amongst other benefits.

Chief Digital Officer, MTN Nigeria, Srinivas Rao described the partnership as reinforcing the company’s ‘Good Together’ mantra, which advocates collaboration as a way to foster growth in different sectors of the economy.