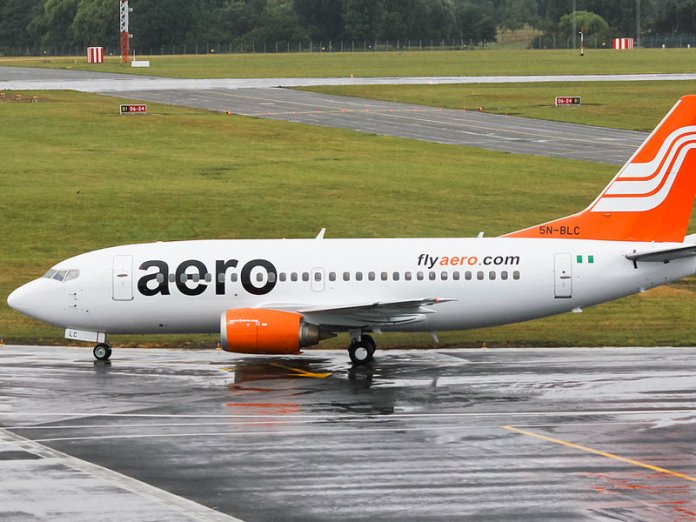 The almost 70 per cent rise in domestic airfares have attributed it to the weakening exchange rate, paucity of operating equipment, high cost of aircraft maintenance and increase in the price of aviation fuel.

There are indications that fares would increase further as the yuletide draws nearer.

The Chief Executive Officer of Aero Contractors, Captain Ado Sanusi, told THISDAY, that henceforth, tickets would be very expensive and there might not be enough aircraft seats because there is not enough operating aircraft to meet passengers’ demand.

Sanusi said the increase in fares was also a reflection of the dollar scarcity, noting that this was happening at a time airlines were yet to recover from the negative impact of the coronavirus pandemic.

“The exchange rate of the dollar has a big impact in the aviation industry because everything we do have dollar component because spares are acquired with foreign exchange, we pay for insurance in dollars because local insurance companies do not have the capacity to insure aircraft fully, so it is expected that tickets will be very expensive.

“As we move on there will come a time when there will be no aircraft seats because fewer aircraft will be flying. So currently there is high demand but low capacity; obviously the basic law of supply and demand will apply. “The price of tickets will also increase because of the high foreign exchange, as dollar is now being exchanged for N500, so we expect a disproportionate increase in the price of tickets.

“Also insurance premium will continue to rise in Nigeria because after the global rise occasioned by the two Boeing MAX crashes in Ethiopia and Indonesia, the lockdown brought down the cost but it will continue to increase in Nigeria because the local market is not strong enough so we have to go outside the country to insure and we pay in dollars.

“We sell our tickets in naira and we buy dollars to pay for insurance. We have a big elephant in the room and that is the exchange rate issue; the earlier it is solved the better for the economy of this country,” Sanusi said.

The Chief Operating Officer of Ibom Air, George Uriesi explained to THISDAY that airlines may not have gone beyond their price structure in their ticket sales but because of the high demand of tickets they are sold at the higher prices.

The fare structure is graduated in such manner that the high prices come up when the lower prices are exhausted and this is automatically determined by demand.

“I am not aware that there is price increase; maybe, not for Ibom Air. I don’t know what other airlines are doing but at Ibom Air the highest fare for economy class is N50, 000 and business class is N70, 000 and we have not increased fares on any of the routes. It is demand that increases the fares and we have sold all our seats from now till January because there is high load factor.
“Maybe other airlines have increased the price structure to maximise the benefits of the high season. You know that there were no flights for a long time while airlines were maintaining their aircraft and servicing their leases; so this season is an opportunity to take advantage of because after January 15, 2021, we go into another low season till March. But now people cannot find seats in flights,’ he said.

Uriesi, who was former Managing Director of the Federal Airports Authority of Nigeria (FAAN) also noted the depreciation of the naira exchange rate, saying when place side by side with dollar value six months ago it would become obvious that airlines are not making profits because ticket sold at N50, 000 pre-COVID-19 is more than the value of $100 but today is just equal to $100 dollars; so the airlines are really losing.

Travel expert and organiser of Akwaaba African Travel Market, Ikechi Uko told THISDAY that the high cost of air fares could be attributed to the slow recovery of the aviation industry after the Coronavirus pandemic lookdown, the recession and the high exchange rate.
“People had expected that the aviation industry would have recovered between August and now but this did not happen; instead of recovery the country was hit by recession and also the devaluation of the naira.

“It is now hectic because airlines have to recover their running cost. Unlike hotels where if guests did not come you wait for them to come but airlines must operate their schedule whether there is a full load or there is low turnout of passengers; so they incur losses, which must be recovered,” Uko said.