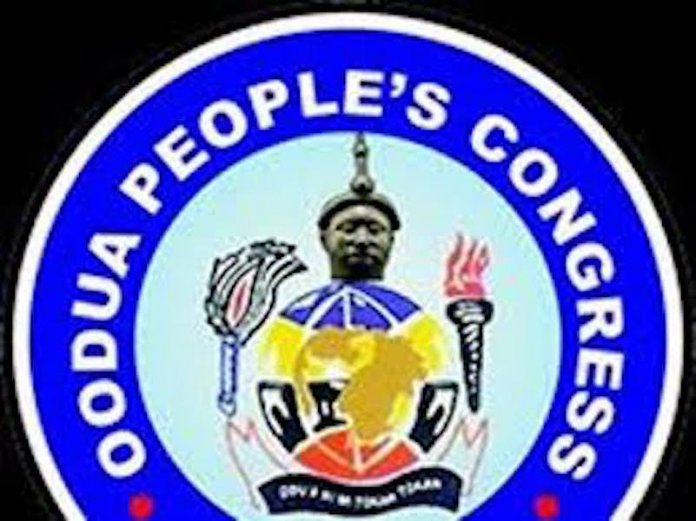 The Oodua Peoples Congress, OPC, weekend has accused the South West governors of failing to keep to guidelines on the formation of the regional security network (codenamed: Amotekun) especially in the area of recruitment.

It submitted that the security outfit has fallen below the expectations of people in the geopolitical zone in curtailing crimes in the zone.

Ondo State Coordinator of OPC, Mr Pius Ogunsanya, in a statement in Akure advised the governors to return to the resolutions adopted at Lagos and Ibadan summits on the establishment of the security network.

According to him, recent killings and kidnappings in the region, especially Akure were avoidable if necessary steps were taken.

He condemned the recent killing of a first-class traditional ruler and Olufon of Ifon, Ondo State, late Oba Israel Adeusi by yet to be known herdsmen at Elegbeka, along Owo-Benin highway.

Ogunsanya stressed that the Ipele/Ifon/Imoru axis of the expressway has come under the heavy attacks of the deadly herdsmen and bandits in recent times.

“As a way to put a final stop to such deadly attacks, kidnapping and killings along the highways across the region, South West Governors should go back to the resolutions reached at both the Ibadan and Lagos security summits.

“They should implement the recommendations as originally approved by all the stakeholders, including the Aare Onakankafo of Yoruba, Gani Adams who headed the local militia groups such as Hunters’ Associations, Agbekoya and Vigilante Group of Nigeria (VGN) to the summits.”

Ogunsanya noted that the current formation of Amotekun as launched by some state governors, could not effectively tackle the menace of herdsmen attacks, kidnapping, killings, and other criminal activities inside the forests and hinterlands across the region.

“The Amotekun you see parading the streets in their branded vehicles are not fashioned along with the original recommendations of the stakeholders at the security summits that brought to life the security outfit, I can authoritatively say it.

“Take the case of Ondo state as an example; just a few numbers of OPC, VGN and hunters’ members made the list at the formal recruitment and launch of the outfit a few months ago.

“We didn’t know how they shared the slots among the politicians to make up the corps.

“This has really caused big lapses and deficiencies in the operations of the Amotekun corps as we can now see.”

He, however, applauded the role of Gani Adams by not dragging the issue of Amotekun with the governors, as he gave them free hands to operate the corps.