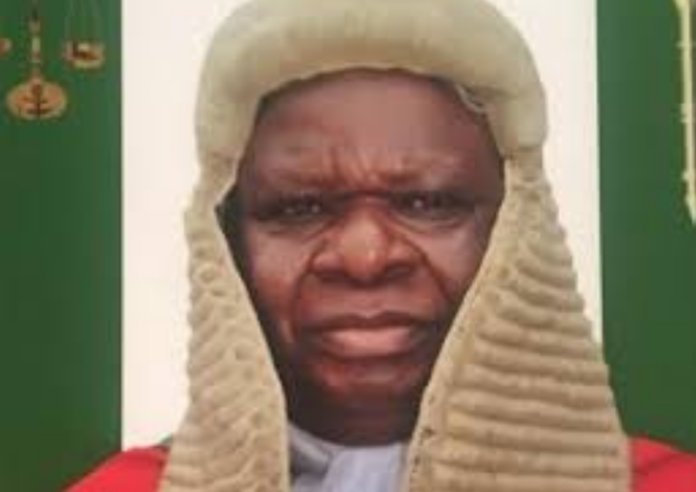 The acting Chief Judge of Kogi State, Justice Henry Olusiyi, has vowed to deal with all the perpetrators of irregularities found in the nominal roll and wage bill of the state High Court and Judicial Service Commission (JSC) respectively in the just concluded special staff verification exercise.

Justice Olusiyi, who made this known while receiving the report of the Special Committee for Staff Verification Exercise last Friday, said there must be a thorough house cleansing to put an end to irregularities revealed by the committee.

The acting Chief Judge pointed out that the management is determined to pick up the gauntlet to beam searchlight on those behind the acts, lamenting that those who are not working are receiving payment alert, and that names of dead staff and retirees were found in payroll receiving salaries.

“Sitting and listening to the presentation of the Chairman, a legal practitioner Ibrahim Alhassan, I have no doubt in my mind that the committee has done a very thorough job.

“From what has happened, it shows that a lot has gone wrong, and by God’s grace, we are going to pick up the gauntlet as it was, and we are going do thorough house cleansing. It cannot be a business as usual. The judiciary as third arm of government must be a role model and organisation that dictates a pace for due process. Any organisation or society that has no compliance for due process would go into extinction and would soon lose relevance. There must be strict adherence to due process and orderliness in the judiciary,” he stressed.

The Justice, however, commended the chairman and members of the committee for the commitment, doggedness and administrative up-to-date nature, which they have brought to bear in the assignment.

Earlier in his remarks, the Chairman of Special Verification Committee, Ibrahim Alhassan, who disclosed this while submitting the report and recommendations to the acting Chief Judge of the state at premises of High Court of Justice, noted that some the records from the administrative department contain a lot of irregularities, and made the exercise more tedious than expected.