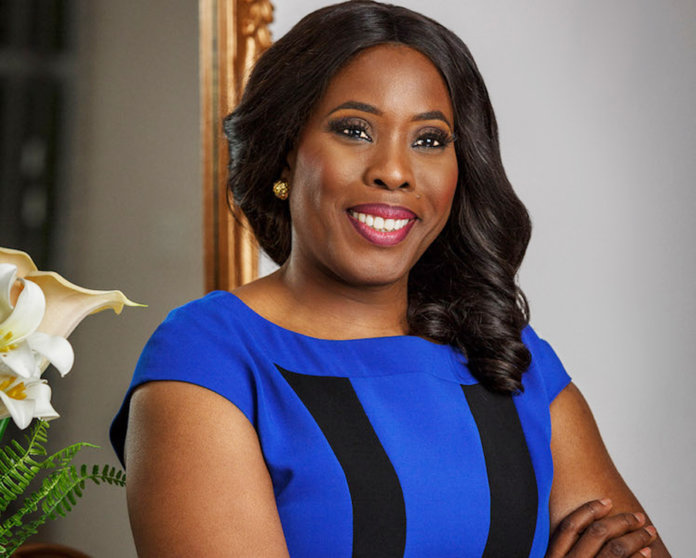 It is simply impossible to envisage modern-day life without cement. Cement is a vital construction component used in housing and infrastructural development and as a key element to crucial growth of any economy. The high demand for cement in Nigeria is directly associated with economic growth and corresponding demand for rapid infrastructural development; which underlines the tremendous growth in the cement production industry. The cement industry accordingly plays a major role in improving living standards all over the country creating direct and indirect employment and providing multiple cascading economic benefits to associated industries across the entire value chain. In spite of being an extractive profitable industry, the cement industry faces many challenges due to environmental concerns and sustainability issues.

However, Lafarge Africa, a member of LafargeHolcim is reinventing how the world builds to make it greener, smarter and healthier for all. With our circular business model – Geocycle, we are leading the recycling of waste as a source of energy and solving the challenge of waste, for instance we signed an agreement with the Food and Beverages Recycling Alliance (FBRA).

The cement industry is energy-intensive and a significant contributor to climate change indices. It is known globally that emissions to air and energy use constitute major environmental, health, and safety issues. However, corresponding efforts and innovation have been deployed to mitigate all impacts to the barest minimum. For instance, LafargeHolcim recently at the United Nations Climate week 2020 became the first global building materials company to sign the Business Ambition for 1.50 C pledge with Science Based Target initiative (SBTi) collaborating towards a net-zero pathway.

LafargeHolcim has operated in over 80 countries including Nigeria for over 125 years, providing a range of concrete and cement products to build the country taking cognizance of the impact of the industry on humanity’s natural heritage. Hence, as a company, we are committed to minimizing the impact our operations have on the environment.

It is of note globally, that we also lead research in the use of alternative energy and the progressive substitution of carbon-emitting clinker with cleaner minerals. We have also significantly reduced the risk of polluting water, often sharing and/or investing in providing safe water for the communities in which we operate.

As a global multinational company, we are resolutely bound by the commitments we have made on the environment everywhere we operate. This commitment has informed our biodiversity investment in a number of projects for instance the Ilé Dotun Project developed in conjunction with Ogun State, The EU (European Union) and NSIA (Nigerian Sovereign Investment Authority). The project objective focuses on achieving land degradation neutrality (SDG 2015-2030 under the UN Convention to combat Desertification) by restoring 108,000 hectares of degraded land belonging to forest and games reserves of Imẹko and Aworo in Ogun state. Trees are carbon emission absorbers hence leveraging biodiversity to enable healthy ecosystems fundamental to life on our planet.

The Agric Ecology project being implemented since 2018 by the National Agricultural Extension and Research Services (ABU, Zaria) aims to improve productivity and livelihoods, enhance resilience and living standards of the target communities through the deployment and adoption of socio-economic and technical innovations on sustainable agriculture and natural resources management.

The Agric Ecology project since commencement has impacted positively on food security and market competitiveness of the participating communities, empowered over 5000 resource-poor farmers, enhanced job and self-employment opportunities for youths and women, and augmented the sustainable natural resource management efforts of the communities.

Similarly, a five-year project has commenced to improve the management of the Maiganga Coal Mine water via distribution and discharge through a constructed wetland system developed in line with the LafargeHolcim Biodiversity Management programme in the vicinity of Maiganga, Kargo-Burodi, Kayelbaga, Tudun-kuka, Kalkulum, Lakwalak ,Kubwan-tangale, Kubwan-fulani, Kargo-maishanu, Piyau, Komta, Alatai, Kuibah and Kulapandi communities in Akko and Billiri Local Government Areas of Gombe State. This novel project, the first of its kind in Nigeria, is being implemented with the approval of the Federal Ministry of Environment and the enthusiastic support of the Emir of Pindinga, our host community to specifically and critically improve on the acid mine drainage and entrench a biodiversity hotspot in an arid area.

Wetlands are expanses of land- mangroves, saltwater estuaries, paddies, freshwater rivers, peatlands, lakes, marshes, etc., either completely covered or partially submerged in water for most of the year.

They support a wide range of aquatic and terrestrial animals as well as plants and crops.

Wetlands also play a critical role in storing and cleaning water, saving cities billions of dollars in building and running water treatment plants. Constructed wetlands, such as Lafarge’s Maiganga Wetland Project, are now widely used for water treatment. The system and the entire process relies on natural dynamics to achieve water purification. Constructed wetlands are becoming very important given that 35% of the world’s natural wetlands have disappeared since 1970 taking with them many forms of plant and animal species.

The construction works in Maiganga Wetland system are completed and the floristic aspects planting of trees 60% done (afforestation of the surrounding and population of the wetland with prescribed plants). The project has planted over 70,000 plants on six hectares of land. Pump installations have been tested and are running optimally. Apart from water quality enhancement, in the long term, this project will boast of biodiversity enrichment as well as improvement of microclimatic conditions of the local area. At Lafarge Africa, our partners in government, and the communities around Maiganga are immensely proud of the contribution the wetland will make to achieving the global target of the LafargeHolcim group to reduce our carbon footprint by 2030.

The Magainga wetland will also deliver concrete economic benefits to over 2,000 residents of Maiganga and immediate surroundings. The irrigation system that is being constructed will enable all year round farming against the practice of farming only during the farming season. AshakaCem will furthermore support the Maiganga farmers with the methodology and skills to optimize the new cultural practice of all-year farming. Ashaka Cement, a Lafarge company, is in a contractual engagement with the National Agricultural Extension and Research Agency (ABU, Zaria) to work with the farmers on farming techniques that maximize yields. Over 1000 livestock will also have improved access to water.

The Maiganga Wetlands and biodiversity area will also grow economic crops such as mangoes, cashew, etc thereby contributing to the overall rehabilitated areas of the Maiganga coal mine site. The entire project will sustain the peace within the general area. The abundance of treated water for communities’ use all year will eliminate sometimes aggressive competition for limited sources of water.

Lafarge Africa is also deploying regenerative agriculture, this essentially means we are leveraging conservation and rehabilitation to food and farming systems. In Gombe state 500 hectares of land is contributing to sustainable food production. We are deploying greenhouse farming and supporting local farmers with skills inclusive of contemporary farming techniques.

At Lafarge Africa (member of LafargeHolcim), we want to lead in sustainability and set new standards. We want to transform the way our industry works and emphatically encourage the whole construction sector to play its part in addressing our planet’s biggest issues by BUILDING SUSTAINABLY FOR TOMORROW.