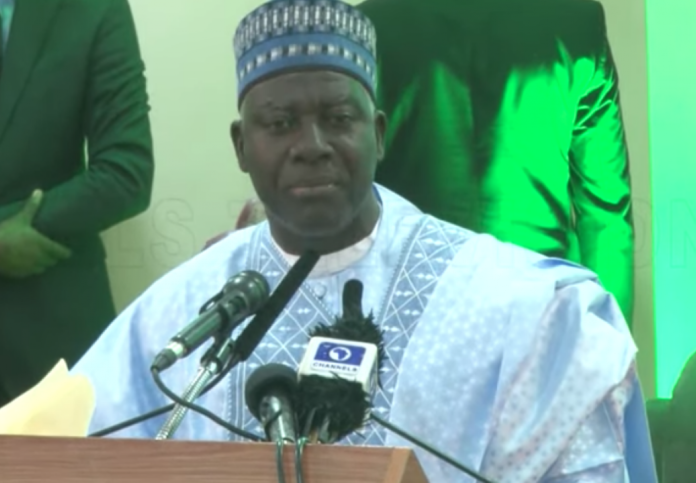 A Canadian company, Citizen Lab, has said the Defence Intelligence Agency (DIA), allegedly, procured a spy system from Circles, a surveillance firm believed to exploit weaknesses in the global mobile phone system to snoop on calls, texts and the locations of phones around the globe.

The report also said some state chief executives in the country procured the spy equipment to monitor political opponents.
This is coming as Director-General of the Department of State Security (DSS), Mr. Yusuf Bichi, warned “unpatriotic elements” against actions that threatened national security. Bichi said the secret service agency would ensure that the unity and corporate existence of the country remained inviolable.

Circles, whose products work without hacking the phone itself, says it sells only to nation-states.
According to leaked documents, Circles customers can purchase a system that can be connected to their local telecommunications companies’ infrastructure, or use a separate system called the “Circles Cloud,” which interconnects with telecommunications companies around the world.

Citizen Lab listed 25 governments that were likely to be Circles customers, including Nigeria (Defence Intelligence Agency).
It stated, “We also identified 17 specific government branches that appear to be Circles customers, based on WHOIS (a registrar and seller of domain names) passive DNS, and historical scanning data from Check Point firewall IPs or their neighbours.

The group cited two state chief executives from the South-south that procured the same equipment.
Meanwhile, the Director-General of DSS expressed the readiness of the agency to prosecute its core mandate of detecting and preventing crimes against the state and government. Bichi called on individuals and groups to join hands with the DSS and other law enforcement agencies to sustain peace and order in the country.
The DSS boss spoke during the graduation ceremony for participants of the Executive Intelligence Management Course (EIMC 13), at the National Institute for Security Studies (NISS), Abuja.

A total of 50 participants drawn from the security and intelligence sector, para-military and other agencies graduated from the 10-month course, which commenced at the NISS on February 10 this year.
Among the graduands, who were awarded Fellow, Security Institute (fsi), were two participants from Ghana and the Gambia.
In his address, Bichi enjoined the graduands to bring the knowledge acquired during the period of their study to bear on their various places of work, in a bid to enhance security and public safety.

He reminded those criticising security agencies over the state of insecurity across the country that a few years ago, it was difficult to enter places of worship to pray, or relaxation centres, without apprehension of what might likely happen.
“We must not let selfish people with greedy interest destroy our collective heritage,” he said.

The DSS director-general, warned, “We must not allow unpatriotic elements to bring our country down. So, let us unite individually and collectively to address our challenges, and build a better nation for ourselves, our children, and their generation.

“We all have one contribution to make in ensuring that Nigeria becomes safe, peaceful and developed. The criticisms about the security agencies. People don’t appreciate from where we were, and where we are now.”
He assured, “Gone were the days that, when you enter a mosque or church and find a polythene bag, you are scared. In fact, you will never be comfortable praying with that bag around.

“That is now history, and it is through the combined efforts of the security agencies and other stakeholders that we were able to achieve that.”

Bichi also stated, “You go to a place of relaxation, and you are scared of explosives here and there. That, now, is history. Those calling for dismantling of this country are deliberately not being mindful of what is on their dining table.

Speaking also, a former Director-General of the agency, Mr. Afakirya Gadzama, expressed his optimism that the military and security agencies in the country had the capacity to deal with the security challenges besetting the nation. But Gadzama called on the authorities to ensure adequate equipment for the security sector, through improved funding.
Highlights of the occasion included presentation of graduands to the Director-General for conferment of the “fsi” award, award of certificates, as well as induction.