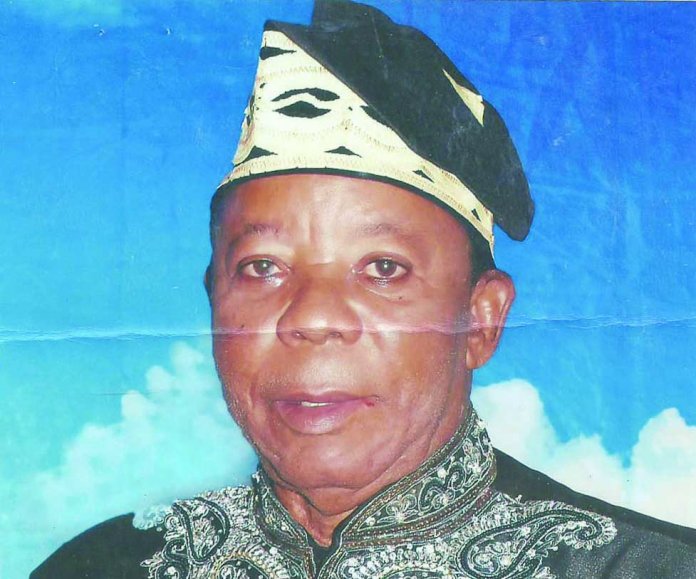 Chief Felix Iloehiagu Umeilogbu Nwokeji (a.k.a senior citizen of Amichi) who quietly slept away on Thursday November 12 2020, aged 90 was, by popular acclamation, an easy-going and amiable self-made man. If ever a person looked like an accomplished man, a man who had squandered the advantage of intelligence and the friendship of successful people, it was Felix. Something interesting happened between me and Felix this year. I had met him in early this year. He told me he had turned 90 and would be inviting me for the celebration scheduled for March 2020. I was perplexed on hearing that he had turned 90. Why? Because he did not look it at all. He wore a young and slim physique. He looked every inch a fair-complexioned handsome man although he had slightly breached his face and dyed his hair. He looked strong and agile. In fact, he could pass for a man of 50 or 60.

Asked what had kept him so young over the last 90 years, he smiled and whispered something to my ear which I cannot readily remember now. Anyway I accepted to honour his invitation and to attend his 90th birthday celebration which had been scheduled to hold in March 2020 but had to be postponed owing to the ravaging coronavirus pandemic. After this encounter I completely forgot about Felix and his 90th celebration. But in October 2020 I received a WhatsApp message from Felix reminding me about the celebration and that it had been rescheduled to hold on 6th December 2020. How is it said again? Man proposes but God disposes. Felix had worked hard to put together a befitting 90th birthday celebration on 6th December, in order to thank God for, as he put it, “his multiple mercies” for him. He had invited so many friends and acquaintances, townsmen, business partners for the big celebration. But unfortunately death snatched him away even before 6th December.

Like most Igbo businessmen in Lagos, Felix rose to stardom from a very humble beginning. He came to Lagos in 1962 to establish a small-scale business but due to lack of funds he couldn’t sustain the business. In order to continue eking out a living, Felix decided to take up a paid employment in Lagos. In the course of doing that he developed a certain appetite for a formal education. Consequently he enrolled to study medical DRS in a medical school. Upon graduation after a two-year study, Felix was admitted to do his housemanship at Kiki Hospital. Thereafter he worked for the Lagos General Hospital. At the Lagos General Hospital, he worked directly under Dr. Dozie Ikedife and Dr. Emmanuel Iwenofu respectively. Having exceedingly excelled in his job, Felix was poached by St. Nicholas Hospital, Lagos, where he worked for a few years before resigning to establish his own Pharmacy shop at Abule-Ijesha, Yaba, Lagos. No sooner had Felix established his own Pharmacy shop than the Nigerian Civil War broke out forcing Felix to flee and abandon the Pharmacy shop he had labored to establish.

After the Civil War in 1970, Felix went to his bank and luckily for him the money in his bank account was still there. Consequently he withdrew the money and used it to set up another Pharmacy shop this time at No. 1 Owedele Street, Surulere, Lagos. But unfortunately, pharmacy retail business at that time was not a thriving business. Therefore Felix quit the pharmacy business and switched over to the textile business. He had his shops at both Martins Street, Lagos and Nnamdi Azikiwe Street, Lagos. A few years down the line, Felix left the textile business and ventured into the electrical business, which again, he later abandoned and moved over to the Vehicle spare parts business at Isale Eko, Idumota, Lagos. In 1998 Felix finally retired from all businesses after his children had successfully succeeded him in the management of the businesses

I may be wrong, but I think Felix belonged to the old school of thought which teaches that success in life results from diligence and unmatched zeal and commitment in the fulfillment of one’s daily duty. With the death of Felix, another chapter has been closed in the generation of Nigerians who believe that handwork and sheer determination really pave the way to success. Felix’s meteorological rise to stardom in his different entrepreneurial callings could be attributed to his knack for handiwork and resilience in the face of obstacles.

I think Felix will be most remembered for his great contribution to the promotion of community development especially the Amichi Community. Oftentimes we delude ourselves into thinking that what matters in life is fame, power or a sparkling professional life of material success forgetting that communally-binding ideals are key to real human advancement. Recognizing that sustainable development finds its true meaning and fulfillment in sustainable values, Felix spent the greater part of his retirement in co-founding and supporting many values-based community developments.

In an age in which untrammeled individualism and selfishness and inordinate ambition to acquire material wealth and enjoy bodily pleasure, it is irresistible not be edified by the dogged commitments of Felix in teaming up with others in promoting community development.

“The work of dying well, is, in largest part, the work of living well”, writes Richard John Neuhaus in his book: As I lay Dying. Felix, in my view, has lived well and has died well too. His exemplary life in the promotion of community development has shown that public life can be used to serve society.