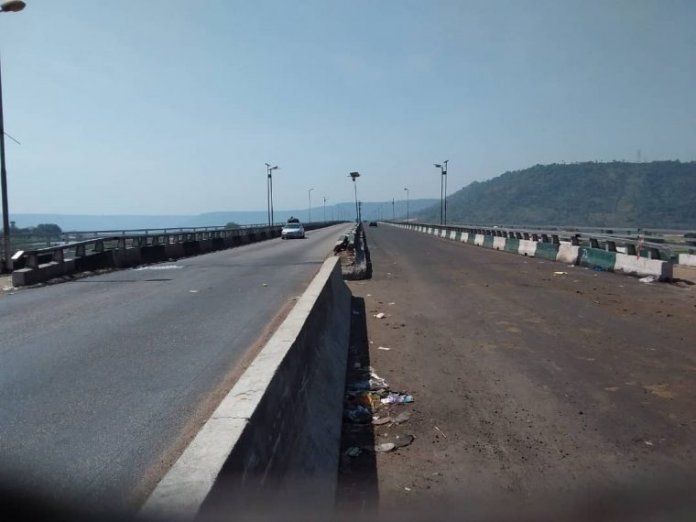 The Federal Ministry of Works and Housing has reopened the closed section of the Murtala Muhammad Bridge, Jamata, on Abuja-Lokoja Highway to ease traffic movement during the Christmas and New Year festivities.

The Federal Controller of Works in Kogi State, Mr. Kajogbola Jimoh, disclosed this while fielding questions from journalists on Wednesday in Lokoja.

Kajogbola explained that though the rehabilitation work on the dual carriage bridge was yet to be completed, a substantial part of it on Lokoja-bound portion had been done and could be reopened to traffic to address heavy vehicular movement during the festivities.

He said that what remained for the Lokoja bound bridge to be completed is to change the damaged expansion joints, which have to be ordered from abroad.

“Presently, all other works are completed and we have asked him to cover the edges of the old expansion joints so that when the new ones arrive, he will simply remove the old ones and replace them with new ones.

“If the closed section is not opened, Nigerians will suffer during this festive period and that is why we are insisting that they should open it for now till when the contractor is able to get the new expansion joints,” he said.

Kajogbola said he collaborated with Federal Road Safety Corps’ (FRSC) corridors commander, sector commander and other officials to remove the barricades in the presence of the contractor’s representative and redirect the traffic.

He pointed out that “this is just temporary reopening, the work is for two years and the contractor has not spent up to a year.

“So, it’s just to let Nigerians know that the federal government cares for them and that we are working and to tell them what stage we are on the project.”

The bridge which is currently under rehabilitation/ maintenance work, being handled by Hallekem Ltd., had only one functional two-lane carriageway in use before this reopening.

The controller appealed to motorists to be patient, resist temptation to drive against traffic and to keep their vehicles in good condition to avoid break down.