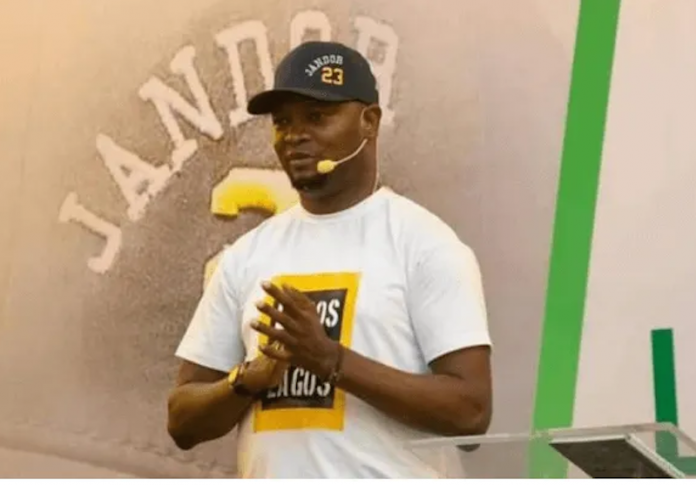 The All Progressives Congress (APC) in Lagos State and the arrowhead of the Lagos4Lagos Political Movement, Abdul-Azeez Adediran, have disagreed over the latter’s claim that agents of the state government and the leadership of the party in the state were frustrating the programmes of his group.

Adediran had recently accused the state government and the party of working round-the-clock to frustrate the efforts of his group to promote inclusiveness in the ruling party.

In particular, the politician made reference to how he was tactically barred from presenting a book in honour of the outgoing Vice-Chancellor of Lagos State University, Prof. Olanrewaju Fagbohun.

He also revealed how the decision of the National Association of Nigeria Students (NANS) Lagos chapter, to make him a guest speaker at this year’s edition of the International Students Day was scuttled and how government prevailed on the authority of the Police College, Ikeja to deny him of a venue already approved for an event put together to engage his followers on his birthday.

He said: “It is rather ridiculous that a supposed democratic government is trying to suppress freedom of association and free speech. In the last few days, I have been shut out at three different events, where I was supposed to play a major role.

“One, the National Association of Nigeria Students (NANS) Lagos chapter had invited me as a guest speaker at this year’s edition of the International Students Day but immediately the picture of their visit to my office surfaced on their various social media platforms, the story changed. The government didn’t only terminate its commitment to be a major sponsor of the event; the organisers were compelled to distance themselves from us.

” In another development, I was billed to be a co-presenter at a book unveiling, in honour of the outgoing Vice-Chancellor of Lagos State University, Prof. Olanrewaju Fagbohun. I had accepted the invitation and the stage was set but 24 hours to the event, the government again wielded its big stick. The organisers were quick to communicate with us that the power that be had asked them not to have anything to do with me.

“The last and the most painful one was the approval we got to use Ikeja Police College facility to host members in commemoration of my birthday. After we have paid and got approval, it was revoked again with the same excuse ‘order from above’,” he stated.

Reacting to the allegations in a telephone conversation with THISDAY, the Publicity Secretary of the APC in Lagos State, Oluseye Oladejo, said Adediran was only playing to the gallery by dragging Lagos State or the party into unnecessary controversy at a time stakeholders are warming up for state and National Assembly bye-elections slated for this week Saturday.

“Adediran is campaigning for 2023 election, while our great party in Lagos is working towards winning bye-elections into Lagos State House of Assembly and the National Assembly, billed to take place this week Saturday. You can see we are not on the same page. For now, 2023 election is not our priority but how to strengthen the party and bring development to Lagos State,” Oladejo said.

The APC spokesperson also reiterated his earlier position that the Lagos4Lagos promoter was only seeking attention, arguing that neither the state government nor APC has power to control some of the organisations the politician made reference to.

He also pointed out that inasmuch as the party encourages members to be ambitious; the state APC has temporarily disbanded caucuses and internal groups within the party to avoid self-inflicted crisis.

“It is sad that the group is creating unnecessary news out of this because all the organisations he mentioned are strong institutions that are independently controlled. Besides, one would have expected the group to approach a private event centre for the purpose if the authority of the Police College denies them.

“As far as I’m concerned, Lagos State and the party have no control over the organisations and so much occupied with developmental issues that they cannot have time to dissipate energy on one obscure group,” Oladejo stated.