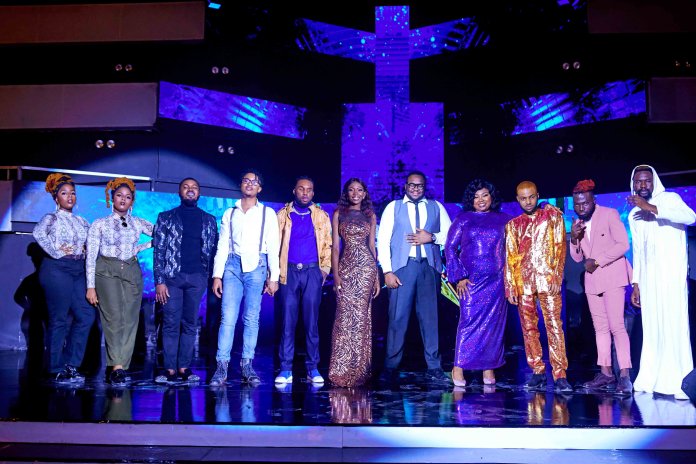 For the first time, the identical twins Oiza and Meyi who became an Instagram sensation during the lockdown period are up for possible eviction on the ongoing singing reality show Y’ello Star. The twins emerged contestants with low scores last Sunday, alongside G-Isaac, Storm, David Garland.

It will be the second time G-Isaac is up for possible eviction after surviving last weekend. Rael, Dave Wills, Melody and Uzezi became the first evictees of the show as they garnered the least votes. While their dreams of winning the show have been truncated, the evicted contestants were offered an opportunity to complete their certification program with both the Henley Business School and the Berklee College of Music.

Saturday and Sunday episodes saw a fierce competition to retain the number one spot from the contestants. Freeborn stole the night away on Saturday with his gorgeous performance of 2Baba duet with Waje, ‘Frenemies’, fetching him the highest score of the night, 9.5.

Freeborn maintained his winning streak on Sunday, earning 19 points after his performance of ‘It Must Have Been Love’ by Roxette. He shared the same spot with Gideon who performed ‘Your Smile’ by Tjan.

Oiza, Meyi, G-Isaac, Storm and David Garland’s fates will be known on this weekend’s gala show. At least, one person will be saved by public voting. Voting ends every Wednesday night by midnight.