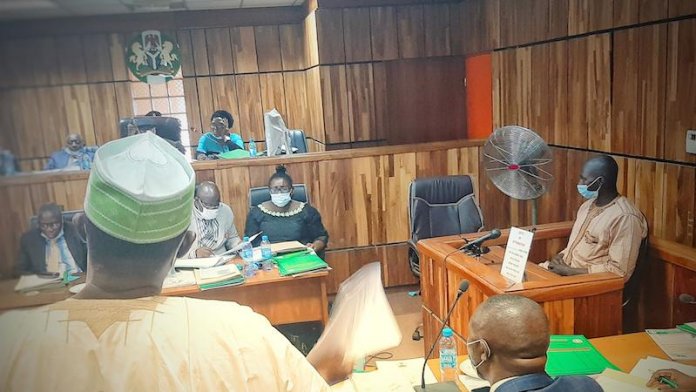 The Independent Investigative Panel on alleged Human Rights Violations by the defunct Special Anti-Robbery Squad (SARS) and other units of the Nigerian Police Force, recorded a landmark success following its recovery on behalf of a complainant, Mr. Gabriel Ofoma, of his landed property document.

Ofoma, had approached the panel praying it to order the police to return the Certificate of Occupancy of his land alleged confiscation by officers of the CP Monitoring Unit of the Nigerian Police, FCT Command.

After the official hand over of the said document to the real owner, chairman of the panel, Justice Suleiman Galadima said, “there is an end to every litigation, and the matter has been put to an end and no more”.

The former Justice of Supreme Court of Nigeria commended the police for producing the land title document belonging to the complainant.

Justice Suleiman stated that it is important to encourage a peaceful settlement in all matters, expressing hope that the police will keep it up. “On this note the matter is concluded and closed”, the eminent Jurist stated.

Meanwhile, the complainant said he has nothing further against the police, as he is not joining issues with the police.

According to Mr. Ofoma, his prayers before the panel was for the land title document be produced and handed over to him, which the panel succeeded in doing.

He noted that the controversy and dispute over the document is over since his prayers before the panel have been answered.

Counsel to the police, DCP James Idachaba in his submission told the panel that the police were in the panel to assist the panel and complainants, and that they have been doing that and will continue to do the same, adding that police is not the owner of the title document.

He said the police is not in contention or disputing the fact of the matter, saying the person being prosecuted for theft of the document was no more, hence the IPO, Inspector Iliya in charge of the case was on ground with the said document and it has been returned to the owner.