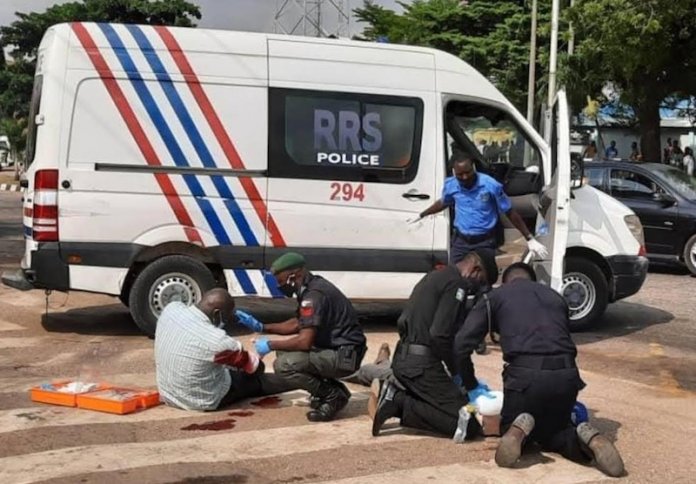 The Executive Secretary, Lagos State Security Trust Fund (LSSTF), Dr. Abdurrazaq Balogun has appealed to Lagosians to continue to support the members of the Nigeria Police in order for the officers to discharge their duties effectively.

Balogun stated this last week at the simulation of bleeding control and cardio – pulmonary resuscitation (CPR) on accident victims by the officers of Rapid Response squad (RRS) held on Governor Road, Alausa, Ikeja.

He maintained that “these are the kind of trainings that distinguish RRS officers from their counterparts in the Lagos Police Command. It is important for all us to realise that the police are meant to serve us. Let us on our part support them in whichever way or manner they may require of us”.

He added that policing is about giving service to members of the public and saving life is part of police duties.
“They have been told the importance of responding swiftly to emergencies and we are confident that they would do better when next they respond to emergencies.

We have gotten to a stage in the country where we have realised that the police are working for the public and for the police to know that we can’t work alone, there must be constant cooperation between the police and members of the public”.