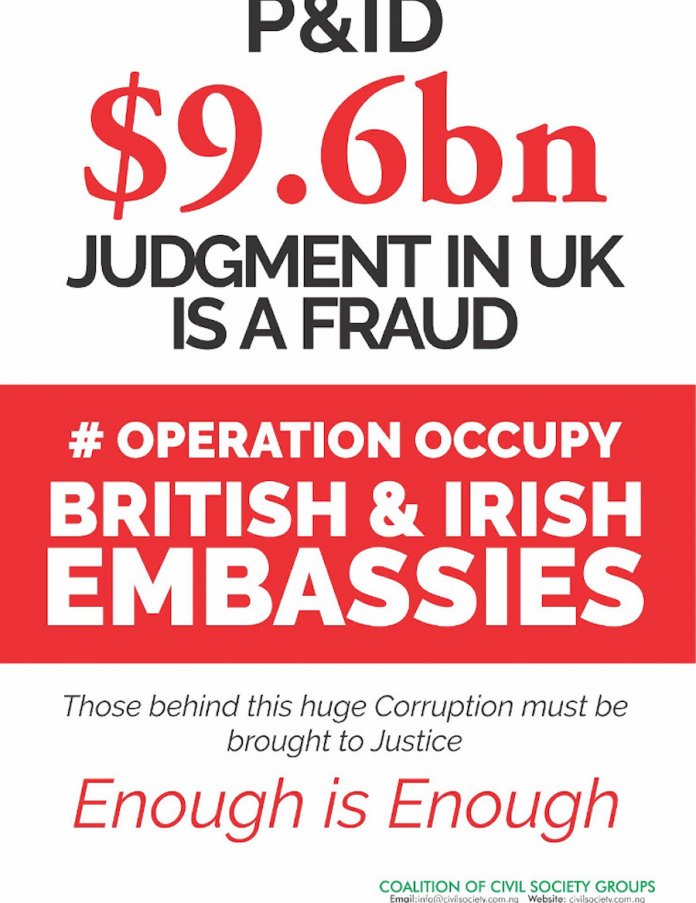 One of the founders of Process and Industrial Developments (P&ID), an Irish-owned company in a $10 billion legal battle with Nigeria in the British courts, Mr. Brendan Cahill, has been caught up in an alleged illegal arms deal that led to a jail sentence for a business associate.

UK-based online newspaper, the Independent, reported that Gary Hyde, a weapons dealer, was sentenced to seven years’ imprisonment over his role in the deal.

Cahill, who co-founded P&ID alongside fellow Irishman, Mr. Michael Quinn, was reported to be acting for the Nigerian purchaser in the transaction, but was not accused of any unlawful action in the transaction and faced no charges.

The paper reported that Hyde arranged the sales via offshore companies without a UK arms export licence. The court case, which happened in 2012, heard it was likely he did not apply for one as he thought he wouldn’t receive it.

Hyde claimed he conducted the business away from the UK., although the news medium reported that phone records showed he had been in the UK during critical parts of the contract.

The Independent also reported this month that Priti Patel, home secretary in the UK government, had supported P&ID on three occasions regarding its case with Nigeria before she was appointed home secretary.

Patel first supported P&ID in a November 2018 article for the UK newspaper City A.M, writing that Nigeria “must honour its obligations to companies like P&ID”.

According to the Independent, in May last year she also wrote an introduction to a pamphlet by Shanker Singham, a UK government adviser, which backed P&ID against Nigeria.

Later that month, she co-wrote an article in the Daily Telegraph with Singham about post-Brexit aid, commenting on “the erosion of Nigeria’s commitment to the rule of law”, citing the P&ID case.

In 2010, P&ID agreed to build a gas-processing plant in Nigeria but the agreement later collapsed, with P&ID initially winning a $6.6 billion (€5.5bn) arbitration award.

It has been accruing interest since 2013, however, although Nigeria contends the deal was corrupt, P&ID denies any wrongdoing.

P&ID, the medium said, did not respond to a request for comment, but the need medium reported that it had previously said: “To be absolutely clear, P&ID had no involvement in any such transaction.”

The company’s business activity was the gas plan and “it would be wildly inaccurate to make any connection between Mr. Hyde’s activities and P&ID,” it said.

In September the latest episode in the saga over the deal that went sour was delivered by Ross Cranston, sitting as a judge of the High Court in London.

His 44-page judgment found a “strong prima facie case of fraud” in the high-stakes gas deal.

He found Nigeria should be given an “extension of time” to prevent the seizure of $10bn of international assets by P&ID.