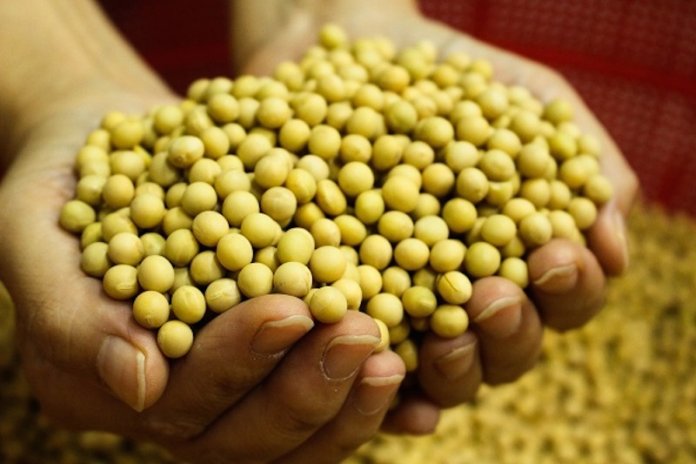 Collins Akpan writes that the poultry industry is endangered

As federal government plans to employ 774,000 artisans and unskilled workers across the 774 Local Government Areas of Nigeria for three months, about five million (5,000,000) poultry jobs are already on the line, if reports in the media are anything to go by. In the last seven months, 2,000,000 poultry jobs have reportedly been lost due to acute scarcity of maize and soya beans, resulting in prohibitive cost of animal feeds.

Confirmed media reports indicate that the price of soya beans, which is a constituent of poultry feeds, has increased by 87 per cent. In comparison with the same period in 2019, the price of maize has risen by 82 per cent. Poultry feeds have increased by nearly 100 per cent. There are also unconscionable capitalist grain merchants and saboteurs who are alleged to be hoarding the small available products and intent on giving the Buhari administration a bad name.

Agriculture contributes 21 percent to Nigeria’s Gross Domestic Product. Poultry industry is said to be worth N10 trillion, sharing 25 percent of the contribution of agriculture to the economy. Poultry employs over 20 million Nigerians directly and indirectly through its wide value chain, from field to fork.

Earlier in July, the media was awash with the report that the Central Bank of Nigeria had through a memo directed all authorized maize dealers “to discontinue the processing of Form M for the importation of maize/corn with immediate effect,” as part of the effort “to increase local production, stimulate a rapid economic recovery, safeguard rural livelihoods and increase job, which were lost as a result of the ongoing Covid-19 pandemic.”

But the decision, according to industry players, led to excessive rise in the price of maize, which reportedly led to thousands of small and medium-sized poultry farmers with millions of their direct and indirect employees out of business. Due to outcry, the CBN relaxed the policy once by allowing importation of 262,000 tons of maize in addition to the 5,000 tons released by the federal government on the orders of President Buhari. The single window by the apex bank was described as a drop in the ocean.

A report quoted Mrs Blessing Alawode, chairman, Poultry Association of Nigeria, Ogun State chapter, as calling for immediate ban on the export of processed soya beans and intervention to end the acute shortage of maize with its exorbitant price, occasioned by poor harvest and insecurity in parts of the country, where the product is largely produced.

With the current astronomical prices of soya beans and maize, more poultry farmers with thousands of their workers across the country may soon be out of business as majority of Nigerians cannot afford the inevitable but exorbitant cost of poultry products.

“For the avoidance of any doubt, the Ogun State chapter of Poultry Association of Nigeria stands by President Buhari and is on the same page with the CBN on the need for self-sufficiency in food production in Nigeria. We want the federal government to assist the local maize growers with high-yielding seeds and fertilizer in order to increase their quantum of harvest per hectare, so that in the next seven to 10 years, the huge gap between demand and supply of maize and soya beans can be filled. But the citizens have to survive and have food to eat before we reach the desired destination. Our appeal to CBN stems from the prohibitive costs of maize and soya beans. Poultry feeds have increased by nearly 100 per cent. The price of soya beans has increased by 90 per cent, while maize in comparison with the same period in 2019 has increased by 80 per cent. Poultry farms cannot survive the current situation. Therefore, importation of maize and soya beans, in the short term, is the most pragmatic way to obviate further rising prices of the products and ameliorate the hardships of the citizens. We appeal to the government to ban the export of processed soya beans and soya bean meal, and check the profiteering activities of grain merchants,” concluded the statement.

Following the CBN announcement of ban on maize import in July, the Programme Director of the Lagos Business School Agribusiness Programme, Dr Ikechukwu Kelikume, described the directive by the CBN was “ill-timed”, with potential harmful consequences for the poultry sector. It seems the birds have come home to roost. The predictions of experts have come to pass.

“The situation spells doom for poultry farmers across the country, who are beginning to cut down on production because of the high cost of feed and imported medication for the birds. A negative spill-over effect of the high cost of feed is the scarcity of eggs and a consequent rise in its price across the country. The implications of the current challenges in the maize value chain are that the gains of employing more people in the agricultural sector will be rolled back in the coming months,” he said.

Kelikume further explained, “As it stands, there is no alternative for the poultry farmers, as the poultry sector will face a catastrophic shortage of feeds, a critical input in their business. This situation will render tens of thousands of them unemployed and undo all the gains made by this sector in the past five years. Thousands of poultry businesses will shut down in the face of high operating costs, leaving business owners and their employees without a means of livelihood. As a matter of necessity, the CBN’s decision to discontinue the processing of Form M for the importation of maize/corn must be revisited. It is expedient at this time for the Central Bank to allow importers of maize to import it through the CBN Foreign exchange window, to close the gap in maize shortage while preparing for a phased discontinuation of maize importation in the country.”

The supply of dry maize in the market is at its lowest in recent years. The price of soya beans continues to sky rocket. Government is not in a position to subsidize the price of maize and soya beans. The CBN governor should support the welfarist policy of the Buhari administration by crashing the exorbitant prices of maize and soya beans through controlled importation of the products or granting of waivers. And that should be done now.

The country is now in a recession. The jobs of maize and soya beans growers are not in any way threatened because they cannot even meet the huge local demand for the products. Yet the exorbitant prices of these products have put on the line the jobs of millions of direct and indirect poultry workers.