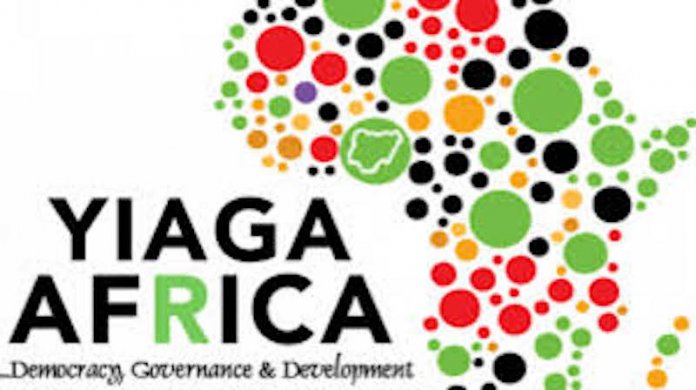 The last three national elections of 2011, 2015 and 2019 cost the nation some whooping N444.5 billion despite witnessing about 35 per cent low turnout, Yiaga Africa, a non-profit civil group has said.

To this end, the group, which urged the National Assembly to ensure a reduction in the cost of election management, claimed that the Independent National Electoral Commission (INEC) wasted several billions on large number of unused ballots at the nation’s expense.

Speaking ahead of the proposed public hearing on the electoral act reforms, convener of the Not Too Young Run and Executive Director of Yiaga Africa, Samson Itodo, enjoined the National Assembly to make history by ensuring that an all-new electoral act was passed before the 2023 general election.

All of this was contained in a report he presented to the House of Representatives last Wednesday.
Yiaga Africa, a non-profit organization, is a civic hub of change makers committed to the promotion of democratic governance, human rights and civic engagement.

In the report exclusively obtained by THISDAY, Itodo noted that the cost of conducting election in Nigeria was on the high side, compared to the low voter turnout witnessed from the 2011 to the 2019 elections, reiterating that a whooping N444.5 billion had been spent on the elections despite their low turnout.

In Nigeria, he contended that the law compels the electoral commission to use the voter register as a basis for election planning as against the figures for collected Permanent Voters Card (PVC).

He, therefore, urged the federal lawmakers to take into consideration the need to reduce the cost of conducting elections as well as planning, adding that printing of ballot papers should be based on only those that collected PVC and not based on the entire voters’ register.

The six scheduled elections were the Presidential, National Assembly (Senate and House of Representatives), Governorship, State House of Assembly and the FCT area council elections.

“These scarce resources plowed to produce the unused ballot papers would have been allocated to health, education, or jobs given Nigeria’s place as the world’s poverty capital.

“Efficient allocation of scarce resources should be a priority agenda for reformers of our electoral process. This should encompass a clear strategy for reversing the deeply entrenched culture of waste in public finance management.

“A cost-benefit analysis of public expenditure on elections is an essential component of the electoral reform agenda. This analysis is highly recommended given the country’s economic recession due to bad economic choices, disruptions in public finance, and negative externalities,” he submitted.

Itodo explained that political scientists would argue that the high costs of elections were an investment in democracy, therefore, countries should earmark adequate resources for election conduct, adding that this seemed like a plausible argument, especially for nations still evolving with a democratic culture.

“But what happens to equity and efficiency? What is the benefit of expending scarce resources on elections that fail to maximize utility or promote happiness for the greatest number in society, or elections that yield just outcomes?”, he asked.

He also argued that other proposals should include new timelines for campaigns and candidate nomination, review of election results declared under duress, diaspora voting, and improved oversight on political parties, amongst others, adding that Civil society groups have already proposed amendments to the electoral legal framework.

“No doubt, the current proposed amendments can foster popular sovereignty. Still, it is uncertain whether the ruling political class will pass these laws, given the potential of reforms to limit future chances of electoral victory.

“The apparent assumption is that most politicians will be reluctant to legislate themselves out of office. Therefore, they employ diverse tactics to dictate the pace and influence the outcome of reform efforts, leaving society to manage the tensions between individual and collective interests,” he stated.

Itodo reckoned that a just society is one that places the maximisation of happiness as a key basis for decision-making as moral decision-making should be premised on maximising the total happiness of members of society and advancing the common good, not just the interests of a few.

“As legislators consider decisions on electoral reforms within the ramifications of options available to them, they should be guided to choose options that serve the common good. In other words, in the spirit of democracy, they should pass electoral amendments that promote the common good of the Nigerian majority, in essence, the people and not the political class.

“If an electoral amendment reflects the aggregate of the greater good, it indicates its responsiveness to the will and aspirations of the people. Suffices to say, the greater the number of citizens who participate in designing a new electoral legal framework, the greater our chances of producing just outcomes and advancing the common good.”

He stressed that citizens bear the burden to hold the ruling political elite to higher standards, stressing further that, “Electoral policies should place a premium on moral principles, ethics, and maximisation of happiness. The 9th National Assembly will be judged by the extent to which the proposed electoral amendments promote happiness for the greater number and not just the political elites.

editor - January 20, 2022 1:23 am
23
By Olusegun Adeniyi In the buildup to the last general election, before President Muhammadu Buhari publicly announced that he would seek a second term, a...