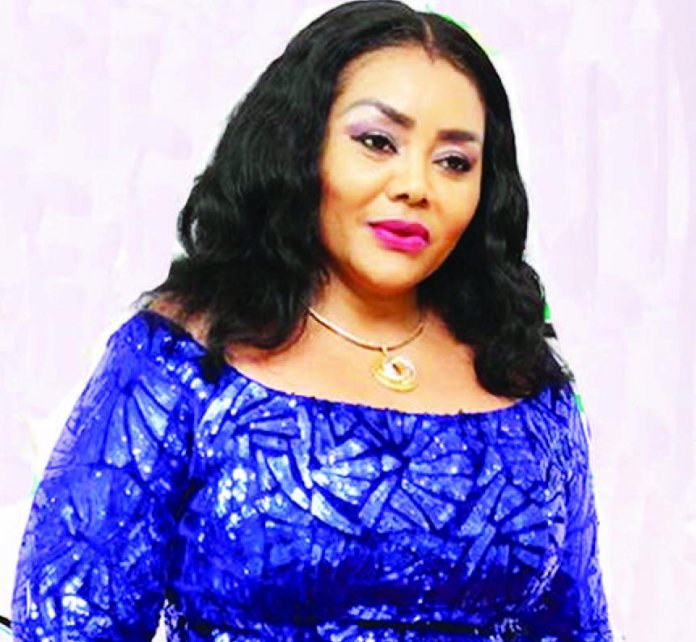 The Remake of “Nneka The Pretty Serpent” is ready and set for cinemas this Christmas, writes Ferdinand Ekechukwu

The first teaser for the remake of “Nneka The Pretty Serpent”, scheduled to open in cinemas on December 18, 2020, has been unveiled by Play Network Studios, producers of the movie. The teaser has kept observers wondering what to expect from the new version of Zeb Ejiro’s original blockbuster movie of the early 90s.

The teaser debuted on the social media, via official Instagram handle of Charles Okpaleke, the studio’s honcho, with pictures of Ndidi Obi, the lead star of the original film, prominent. A first look at the dramatic teaser, a 41-second footage, which opens darkly with the return of the veteran actress, Obi is enthralling, with glimpses of what’s to come in the 2020 remake but raises a couple of questions. Chiefly, how much of the original plot was tampered with? Is there going to be a young-faced Nneka since it’s a remake? What is the role of Ndidi Obi’s in this remake? The original story focused on a mystical character that embarks on a mission to destroy unfaithful marriages. How will the upcoming remake play around with the story and have it appeal to its millennial audience?

“Expect to see scenes and faces from the original story but ideas not explored before. The story will take a global approach with a background story that answers some questions that the original story barely explores,” said the scriptwriter, Baruch Apata. Although it has been 28 years since the release of the original, Nneka The Pretty Serpent remains a reference point for Nollywood of the old. The entirety of the story/cast will interest Nollywood lovers who are already fascinated by news of this remake.

“We’ve been waiting to announce this! Nneka is back, and this time she’s going for the jugular,” Okpaleke announced in January. As the name suggests, the movie told the story of Nneka, a mermaid in human form, whose mission on earth was to go after philandering men. Since releasing “Living in Bondage: Breaking Free,” and carting multiple awards with it, Play Network Studios, owned by Okpaleke, has acquired the rights to Nollywood classics – “Glamour Girls”, “Osuofia In London”, retitled “Osuofia Goes to Miami” and “Rattle Snake,” which it recently released with the title, Rattle Snake: The Ahanna Story.

The latest remake, Nneka The Pretty Serpent, added to the impressive list. It was first released in 1992, after which a second production was done in 1993. Following the success of the first two parts of the movie, a third part titled, The Return of Nneka was released a few years after. It didn’t quite make as much impact as the first two parts because it faced serious contention from other movies like Rattle Snake, Taboo and Evil Passion and more so, the industry was booming.

The movie was produced by Okechukwu Ogunjiofor and directed by Zeb Ejiro in 1992 and became a commercial hit in a time of the home video boom. The film’s storyline was simple, straightforward and this was a plus because it earned it a large following. Nneka’s supernatural powers were all she needed to hypnotize any man she fancied and turned into her zombie. She also had to contend with a number of obstacles and in turn didn’t hesitate to destroy anything that stood between her and her desires. The movie’s star-studded cast includes veterans like Ndidi Obi, Kanayo O. Kanayo, Okechukwu Ogunjiofor, Rita Nzelu, Ngozi Ezeonu, and Eucharia Anunobi.

A good number of the actors were considered top notch back then. They still are. Bringing the upcoming remake to life as director is Tosin Igho, alongside Ramsey Nouah. Chirp of the old block Tosin Igho, if you can still remember him as an artiste, is a man of many talents: director, producer, and cinematographer. Chris Odeh is the producer of this remake, and he’s joined by Ramsey Nouah and Charles Okpaleke as co-producers.