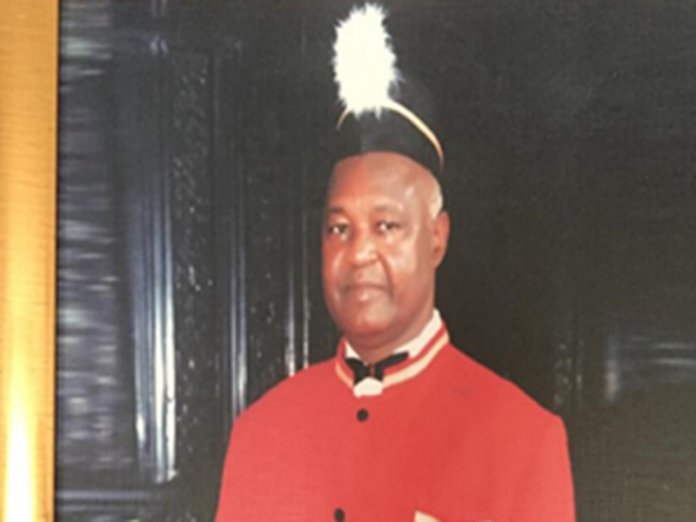 On 21st October, 2020, a great man of honor and exemplary Christian life, the first African Chief Executive Officer of the Motor Assembly giant, Anambra Motor Manufacturing Company Limited (ANAMMCO), Sir Nathan Okekeocha (Sir Nath) Afunwa Elota Nna, passed on, after a brief illness. He was aged 75 years. By his death, the Enugwu-Ukwu Community in Anambra State, the Luxury Bus sales business and the Christian community in Nigeria lost a pillar, an icon and a most successful entrepreneur.

Born on the 19th of March, 1945 in Umuahia, Abia state, Nathan was the first son of his mother’s five children. They lost their father very early in their lives. In December 1953, young Nathan moved to his village Uruekwo, Enugwu-Ukwu to live with his uncle Mr. Ezekiel Mbele – the man he believed God used to set him on the right path in life. Mr. Ezekiel Mbele was a devout Christian and disciplinarian.
As a young boy, Nathan was known to be headstrong and often got into fights with people older than him.

Ezekiel Mbele not only disciplined him but also gave him reasons why his actions were wrong which deeply challenged him. He always impressed on us the great impact uncle Ezekiel made on him, which resulted in his focus on the values of integrity, credibility and truthfulness as great hallmarks of a good and successful Christian. In December 1957, he moved back to Umuahia to live with his widowed mother.
Nathan attended primary school in both Enugwu-Ukwu and Umuahia. He was an Old Boy of the prestigious Merchants of Light School, Oba where he was also positively influenced by the Founder and Principal, Mr. Enoch Oli. He excelled in his studies and sports, becoming a very good hockey and table tennis player. He had many benefactors while in school including his Godfather and father’s bosom friend, Chief Augustine Ifeacho, Mr. Osita Mbatu, Chief Herbert Abana, among others.

He later travelled to the United States of America for further studies in 1974. It was there he decided to immortalize his father by changing his surname from Ibenegbu to Okekeocha, his father’s middle/native name. He spent three years to obtain a B.A degree in Marketing from the Huston – Tillotson College, Austin, Texas in 1977, thanks to summer school classes graduating top of his class. In 1978, he obtained an MBA in Marketing from the University of Texas, San Antonio. He worked very hard at different places in order to finance his studies.

Nathan returned to Nigeria in 1980 for his NYSC programme which was in Kano. On completion of the programme, he lectured briefly at the School of Management Studies, Kano. In November 1981, he was employed as a Franchising Specialist in Mercedes Benz Anambra Motor Manufacturing Company (MB ANAMMCO) Ltd. Enugu, where he worked in both the Sales and Spare Parts departments. He later rose to the position of Assistant General Manager (AGM) Sales. In 2000, he was transferred to Lagos to be solely responsible for the Luxury bus import sales/operations which were the thrust of MB ANAMMCO’S business survival strategy. He did so well in this position that he earned the admiration and trust of his boss and luxury bus owners. Sir Nathan Okekeocha eventually rose to become the first Nigerian Acting Managing Director, a position he held until his retirement after 29 years of meritorious service. He later assisted the Federal Government of Nigeria in the privatization of the company (ANAMMCO).

Upon retirement from ANAMMCO, Sir Nathan Okekeocha being an icon in the Nigerian Automotive industry went on to start two companies with his friends; AMABRAF – a franchise with IRIZAR, a Spanish based manufacturer of luxury buses and coaches, and COPAM Nigeria Limited – an authorized distributor of Scania AB, a Swedish based manufacturer of commercial vehicles.

Sir Okekeocha was a member of the Biafran army during the Nigerian Civil war and served in the Signals Battalion. He also once served as a Special Marshal of the Federal Road Safety Commission.
Sir Okekeocha got married to Lady Amaka Okekeocha (nee Onwualu) in 1982. The marriage was blessed with four children: Chuka Okekeocha, Amaka and Chukwuma Atuanya, Ogochukwu Okekeocha and, Emeka and Bukola Okekeocha and two grandchildren – Chiebunigom and Chukwuma Atuanya.
Afunwa Elota Nna was a very loving and dependable husband to his lovely wife Amaka, a doting father to his children, a very playful and one in a million granddad to his grandchildren. He always attended every grandparents’ day at his grandchildren’s school. He was also an affectionate brother, a caring uncle and dependable friend.

Sir Okekeocha was a committed Christian who served God in different areas. He gave his life to Jesus Christ in 1994. In his Christian journey and in acknowledgement of his commitment to the Lord’s work, he was appointed the Archdeacon’s Warden and licensed alongside his beloved wife, Readers of the Enugu Diocese. Sir Nathan and his wife, Lady Amaka, were also knighted as Knight and Lady of St. Paul in 2007.
In his quest to further deepen his relationship with God, Sir Nathan attended the Lagos Anglican Bible College and was awarded a diploma in Biblical Studies in 2015. At the Bible College, he was made the class captain, a title he continued to bear until he went home to be with the Lord. He never relented in teaching others the Word of God, hence he became one of the Bible Study teachers in his church, All Souls’ Church, Lekki.

Sir Nathan was a devoted member of the All Souls’ Church and loved by many. Going by the tributes that have continued to pour in since his transition, he was known to have always “tapped” people in church to ask after their wellbeing, and encouraged them to attend church programmes. Through this caring attitude and humility he was able to touch many lives. He made incredible sacrifices for others. Sir Nathan loved the Lord, trusted God absolutely, delighted in studying His Word, and believed in the efficacy of prayer. He believed in speaking the truth at all times no matter whose ox was gored. He impacted so many lives and left footprints on the sands of his time.

Glorious Transition
A few months ago, Sir Nathan Okekeocha fell ill but his faith in God never wavered. Very early on Wednesday, 21st October, 2020, two days to their 38th wedding anniversary, he requested to see and speak with his children. His family did not know he was preparing for his transition to heaven. A video conference call with his children was made which eventually turned into a family fellowship filled with songs of praise, prayers and profession of love. While this was going on, at about 2am, the Spirit prompted a call to be put through to Rt. Rev. Samuel Chukuka (Rtd.), the same man who led him to Christ many years ago. God used him again to prepare Sir Nathan for his journey to be with the Lord. Sir Nathan had the rare privilege to confess his sins, forgive those who wronged him and rededicate his life to Christ, before he eventually transited to glory in his sleep some hours later.

As we celebrate the life and times of our precious husband, father, granddad, brother, uncle and friend, we give God the glory for the fulfilled and impactful life he lived. We celebrate him because he fought the good fight of faith, he finished the race set before him by his Maker, and he kept the faith without wavering. He now awaits the victor’s crown of righteousness laid up for him which the Lord, the righteous Judge will give him on that great Day (2 Tim. 4:7-8).

We thank God for the beautiful memories we will cherish in our hearts forever. Indeed “the memory of the just is blessed.” “To live in the hearts of those we love is never to die.”
Afunwa Elota Nna, you died a Saint and precious in the sight of the Lord is the death of His saints. We really miss you. We are not going to mourn like those without hope because we are assured that if we live and die in Christ we will meet you on the resurrection morning. Death is not the end but a gateway to eternity which has two destinations: Heaven and hell.

We thank God that Sir Nathan Okekeocha transited to spending eternity in Heaven with His Maker! A Service of Songs will be held in his honour December 4, 2020 at All Souls’ Anglican Church, Lekki Phase 1, Lagos at 5pm and in his Enugwu-Ukwu residence on Tuesday, 8th December 2020 at same time. Funeral Service will be conducted for him on Wednesday, 9th December 2020 at St. Andrew’s Anglican Church, Uruekwo, Enugwu-Ukwu, Anambra State at 10am after which his remains would be laid to rest in his residence.
Pix: Nathan Okekeocha.jpg

Quote: As a young boy, Nathan was known to be headstrong and often got into fights with people older than him. Ezekiel Mbele not only disciplined him but also gave him reasons why his actions were wrong which deeply challenged him. He always impressed on us the great impact uncle Ezekiel made on him, which resulted in his focus on the values of integrity, credibility and truthfulness as great hallmarks of a good and successful Christian. In December 1957, he moved back to Umuahia to live with his widowed mother.