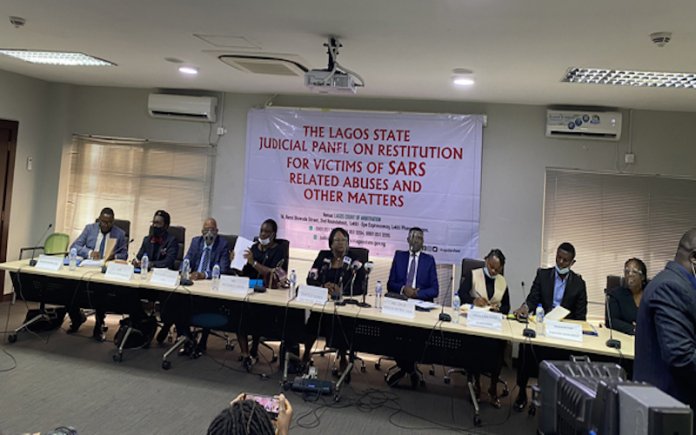 A group of concerned Lagosians, has called on Lagos State government and Lagos residents in general, to focus on embarking on citizen –driven reforms in the state, that will prevent future anarchy and increase the trust of the citizens in their government.

An “Open Letter to Lagos State Government Executive, Legislature and Judiciary”, signed by various members of the group, stated that it was time to pause and to reflect on the structural shortcomings in the way the city has been governed.

These shortcomings, the group noted, have quenched its citizens’ resolve and determination to strive for the best as individuals and as communities.

The backlash against public buildings (police stations, local governments, courts), during the recent EndSARS protest, the group noted, is a sign of the growing disaffection between these symbols of state power and ordinary citizens.

The group noted further that future backlash can be avoided if Lagos State government embarks on a careful, citizens’ driven rebuilding agenda and if the Lagos Rebuild Trust Fund ensures that the rebuilding reflects the principles of neighbourhood inclusion and diversity and avoids a monotonous approach to the use of public buildings.

Another way in which future backlash can be avoided, the group noted, is when the rebuilding process is driven by trusted and committed community members and not by party members and private sector contractors.

The stated further that Lagos would avoid future rancor when every citizen has the chance to access any executive or administrative position in the Lagos State government apparatus based on merit, dedication and professional qualification; but independent of age, origin, wealth or party affiliation and when government – citizens’ relationship are in future driven by preventive and corrective strategies which will prevail over punitive measures.

“Lagos is a city driven by its biggest resource – the people with their enterprise, creativity, determination and their intelligence to negotiate urban space in the most efficient ways”, it stated.

“Their self-organisational strategies are refined by a government, which learns from the local processes and systems, integrates them into her institutions and policies; and supports her citizens by constantly improving service delivery for their well-being and peaceful co-existence.

“The complex interactions in the city are managed in such a way that everybody’s needs and rights are respected at any given time and everybody can live without fear or oppression”, it noted.

It stated further that the rebuilding period has to be used as an opportunity to focus on holistic and long term transformation of governance, institutional set-up, service delivery methodologies, approaches to engagements among the stakeholders and the processes of implementing the larger vision of Lagos.