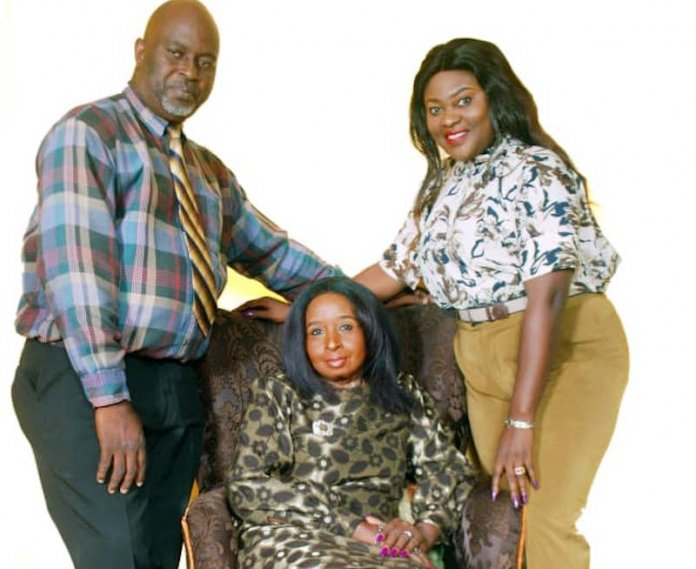 Nigeria’s producers association seems poised for major strides as a new Executive sets up an ambitious plan of action.

The Producer is the live blood of Nigeria’s movie industry, a creative bloc that New York Times Southern Africa Bureau Chief, Noritmisu Onishi, christened Nollywood. In this motion picture industry, the Producer provides the financial capital required for the production of movies, from concept to concrete. This creative business mind hires the Director who would then take care of the creative demands of the movie project including putting together the cast and crew. But he will do this fully aware that the Producer has the final say. The Producer could indeed decide the fate of an actor or a crew member if he or she doubts their competence or ability to fit into that particular movie for which he may have his own ideas or vision.

Indeed, the Producer is the spirit of Nollywood’s creative work place because he pays every soul that takes part in a movie production. And that is why the Association of Movie Producers, AMP, stands on a different pedestal, a high plane of respect in Nollywood. Although Nigeria’s dwindling economy has fractured the glowing dreams of many a Producer , they are still churning out movies every week from the fringes of cities and the inner recesses of towns and hamlets, demonstrating in practical terms, the genii of the Nigerian creative.

This then explains why the movie industry froze in utter dismay and palpable shock on Saturday, August 29, 2020. This was the day that this respectable primal body of Producers held its general elections. A lame protest over electoral procedure by some of the contestants had culminated in a parallel election in Lagos leading to the emergence of a factional executive despite the Association’s well organised and well attended election in Asaba, Delta state that produced what was largely seen by members as the authentic executive. To worsen the climate of confusion, the AMP Board of Trustees, BOT, purportedly annulled the entire elections. The crisis hit a boiling point. The voices, sounds and media reports coming out of AMP at this time became a jangling discord of professionals. AMP indeed seemed to be begging for a messiah to transform these jangles into the old, mature, harmonious symphony of distinguished professional colleagues. Threats of legal actions loomed like the sword of Damocles. An atmosphere of gloom seemed to foretell the beginning of the end for a most cherished Association.

But just that was the turning point.

The Association, known for its robust leadership over the years and the rare ability to tenaciously tackle its challenges without allowing it to fester, stood up firmly to arrest the gale of chaos as its major stakeholders gathered at a table of conscience on Wednesday, September 16, 2020, to engage in a bruising dialogue of truth and reconciliation. The dialectics over the conflict did not stretch. Resolutions were made with precision. The Association was poised to turn the corner pronto and open a new chapter for its creative minds. And this, they did. Rather than two incongruous parallel Congresses that many were expecting to see or peruse gleefully on the pages of traditional and social media , AMP in a rare confluence of hope and reaffirmation of their unflinching unity, on Thursday, September 17, 2020, came together to hold one Congress . Yes, only one conference. And the bonafide President , a blue stocking lady, a British trained lawyer with a rare poise that accentuates the majesty of silence, Peace Anyiam-Osigwe, MFR, an upscale producer elected and declared winner by the Association of Movie Producers Electoral Commission, AMPEC, at Asaba, stood tall as all AMP members, the factional executive and Board of Trustees, BOT, led by Zeb Ejiro, OON, re-affirmed her status as the bona-fide National President of the Association of Movie Producers, Nigeria.

AMP had opened a new chapter, united and ready to lead Nollywood again as a vista of a new came aglow on the horizon.

The new President, Anyiam-Osigwe, wasted no time to show she was a leader ready to deliver on her promises. With the Association totally united behind her with fervent spirit and a steely determination to help her achieve her goals, the cultivated creative and inspirational Founder of the Africa Movie Academy Awards, AMAA, set out to work.

First, the President set up committees to engage with the local and global publics, the organized private sector, the political class and the diplomatic Corps towards partnerships with her Association. The committees are also to look into the critical question of the welfare of members and to seek creative and financial opportunities to get members buoyant and bouncy once again as they begin new productions. The image of the Association is also of serious concern to Anyiam-Osigwe and her executive. Considering some of the controversial issues of the last few years that affected the once immaculate image of her Association, Madam President as she is addressed, is braced up to begin an enthralling new story for this assembly of innovative experts as she takes bold steps to rework the image of her Association. This explains why the President and her new team of leaders created the Rebranding Committee to give AMP a new look both in its physical structure and image before other Nollywood guilds who look up to AMP and indeed before Nigerians and the global audience. Other committees in this quest to reconstruct the destiny of AMP include Public Liaison, Welfare, and Constitution Review Committees.

The President stressed the urgent need for these committees to swing into action. She specifically enjoined the Constitution Review Committee to come up with an articulate and befitting Constitution, a well enunciated body of principles and precedents that will be without ambiguities for easy governance of the Association. “I look forward to a Constitution that will define and spell out roles, one that will be unambiguous about processes and terms of conflict resolution”, she stated.

To set the tonal goal of the new leadership of AMP in terms of image and work culture that will drive excellence, the Executive through its Rebranding Committee has embarked on documentary series cut to illuminate the backgrounds of its executive and the history of their association. It will serve as a precursor of what to expect from this executive that seemed equipped with palpable granite will to succeed.

The series, the President revealed, will be unveiled at a world press conference even as teasers dropped on social media have been received with accolades and variously described as breathtaking and incisive. Some say it is richly informative and hailed the racy tempo and aesthetics all coming in fleeting seconds while others add that it is thrilling in concept and treatment and professionally ingenious in execution.

In the inspirational words of the President, Anyiam-Osigwe , ” we have a clear vision about what we want to do. We are setting an ambitious agenda for ourselves. It will challenge our creative instincts, our endurance and collective spirit as leaders. I personally do not doubt that it will be a difficult journey to success, but I am used to making tough choices. And this one wouldn’t be different. Ultimately, we will win “.

The new executive is also poised to bring uncompromising professionalism to bear on all AMP productions. For this reason they are making solid plans for training and retraining of its members both locally and internationally. The President, who has built vast partnerships with her festival, AMAA, over the years, is willing to exploit these creative amity for the benefit of her Association. At the end of their planned training odyssey, the President says, “AMP movies will be differentiated easily from other productions. This is because we will set up a Quality Control Sub-committee that will assess every production from our stable and once it meets our defined standards, a special AMP Seal of approval shall be placed on it. This will automatically differentiate and set AMP movies apart before the buying public, the media, corporate organisations and other institutions interested in motion picture business or studies. “

For many observers and industry watchers, AMP’s Madam President and her new crew of visionary and ambitious leaders seem to be navigating a new path and constructing a brand new hope for this factory of creative workers called AMP. No question, these Producers are eagerly waiting to witness this much anticipated new dawn in creative enterprise.