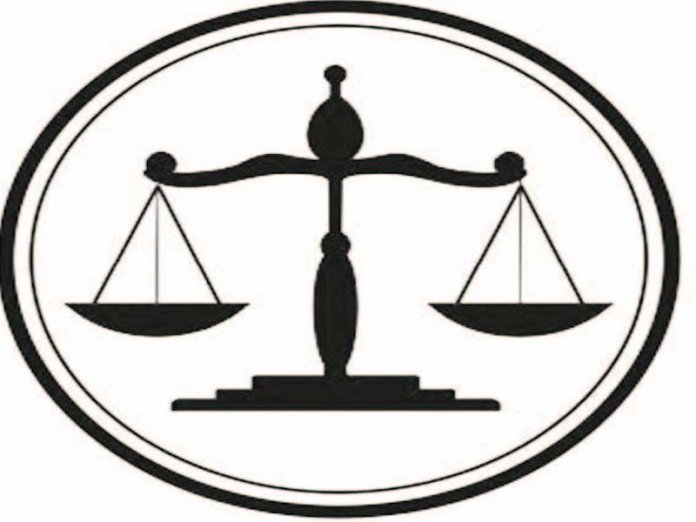 Judicial Remuneration
A couple of years ago when I attended the Beginning of Legal Year Event Judicial s in Lagos, I noticed a retired High Court Judge whom I am acquainted with, at the event. His outfit looked old and faded, his shoes, worn out; and I immediately felt a lot of pity for him. After serving the Judiciary faithfully for so many years, why was he looking so wretched? Last week, I confessed to you all that I have become a ‘cry baby’ over Nigeria’s matters – so, revealing once again, that I was moved to tears as I watched the retired Judge in his ‘Eleran suit’ (Meat Seller’s suit), should be no surprise.

I have always maintained that Baron de Montesquieu’s doctrine of Separation of Powers where the three arms of government – the Executive, Legislature and Judiciary are co-equal and act as checks and balances against each other (Sections 4, 5 and 6 of the Constitution), does not exist in Nigeria, at least, not as its originator designed it to be. On the contrary, I have shared my humble opinion a few times, that in Nigeria, the Executive comes first in hierarchy, then the Legislature, and then the Judiciary, a distant third! Some believe that my assertion is arguable, because these days, since Politicians are now professional litigants, with all aspirants and candidates going to court to determine who will run for election or who has won the election, the Courts/Judiciary have become more powerful than the electorate, because at the end of the day, the Judiciary gets to decide who occupies positions in these cases, making it just as powerful as the other organs of Government, if not more.

And one of the most popular examples that has been cited in recent times as support for this assertion, is the Supreme Court case of Senator Hope Uzodinma & Anor v Rt. Honourable Emeka Ihedioha & 2 Ors SC. 1462/2019 – Judgement delivered on 14th January, 2020, where by virtue of the Apex Court’s decision, the Appellant who was declared by INEC to have come fourth in the Imo State Gubernatorial election, was declared to be the winner of the election, and thereafter, became the Governor of the State to the chagrin of many.

Be that as it may, in terms of remuneration and status, the Judiciary continues to take the third position, year in, year out. That our Judges/Justices who have not received a salary increase since 2007/2008, are possibly the hardest working in the world under the harshest conditions, is a fact. That being a Legislator in Nigeria is almost like being in a holiday camp, compared to being a judicial officer in Nigeria. Yet, the budget of the National Assembly exceeds that of the Judiciary, while members of the National Assembly are obviously better paid.

Have you been to the Federal High Court, Lagos? The court rooms are like match boxes! – tiny, so much so that the Judges, Lawyers, court clerks, and litigants are practically sitting on top of one another, especially on Monday (call over day). While Legislators can afford the luxury of implementing social-distancing protocols in their ‘comfy’, spacious air conditioned chambers, court rooms at the Federal High Court, Lagos are the perfect venue to contract the Covid-19, because of size, overcrowding, and lack of adequate ventilation.
I have another friend who is a Judge outside Lagos; their own courts get flooded every rainy season, and they usually have to evacuate their court rooms. One day, I telephoned him, and as usual, our conversation was lengthy. He then kindly offered to send me N10,000 credit, to top up my phone. I was so amused. If I tell you the reason for my amusement, you will know which State I’m talking about! Suffice it to say, I told him not to bother, because I knew that the N10,000 was a sacrifice for him, and in reality, I should probably be the one topping up his phone!

Surely, the call to be a judicial officer, cannot be a call to suffering and poverty?! Yet another Judge I know was telling me that it is a struggle for her to maintain her one child, and she didn’t know how her brother Judges who had several children, were coping with the expenses. Sad.

Reforms for the Judiciary: Teasers
The issue of reforms for the Judiciary is a serious one, which we shall focus on extensively in the near future, and hopefully, proffer solutions. I would like my learned colleagues, to consider this very important issue, and make your contributions.
In the meantime, here are some teasers – Judges/Justices should definitely receive a salary increase now – FACT; since they are not allowed to engage in any other business during their period of service, and are more or less past employment age when they retire, should Government not provide good accommodation for them on their retirement and a decent pension package? So far, it looks like only Lagos and Rivers State are taking steps in this regard, and augmenting their Judge’s salaries and packages with allowances, vehicles, houses for retirement and the like.

Should newly appointed Judges receive the same salaries as those who have been on the Bench for 10 or 20 years? Or should the salaries be graduated, depending on the number of years (like the UK)? Should jurisdictions like Lagos, Port Harcourt and Abuja which have busier dockets than other States, be on the same salary structure as those with less work to do? Should salaries of judicial officers not be reviewed every few years? Should more Judges/Justices be appointed in the busier jurisdictions, and even appellate courts where their dockets are full of political appeals which are time bound, therefore, resulting in other matters suffering serious delays and adjournments, sometimes to more than a year ahead before they can be heard? Should the retirement age of all judicial officers be the same? How do we return the system of appointment of Judges, to one based on merit? How do we make the Judiciary truly independent? And, how do we restore the glory of the Judiciary, to make it truly the co-equal third arm of Government, that it is created to be?