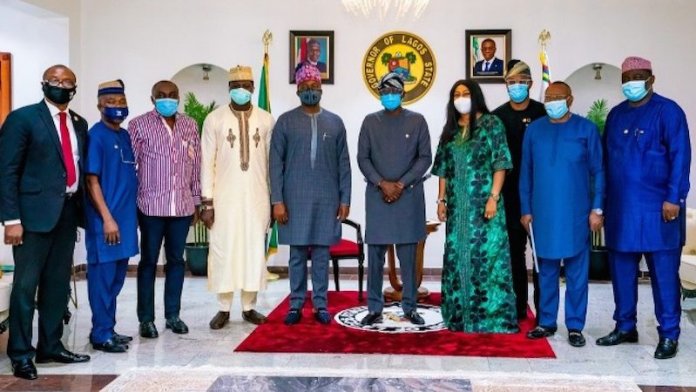 Some petroleum products marketers and tank farm owners in Lagos yesterday raised the alarm over the threat by the state government to shut down their operations, describing it as a clear threat to petroleum products supply and distribution across the country.

They also described as outrageous and unacceptable, the demand by the state government for each operator to pay roughly N300 million.

The tank farm owners under the umbrella of the Ijegun-Egba Tankfarm Owners and Operators’ Association (ITOOA), also faulted the allegation by the state government that its members were operating illegally, destroying infrastructural facilities within their operational areas and not paying taxes.

ITOOA is engaged in the operation of petroleum storage tank farms and facilities at Ijegun – Egba, Satellite Town, Lagos, along the Ojo Creek Channel.

In a statement issued yesterday by the association’s Secretary, Mr. Eshiet Eshiet, the marketers stated that they were committed to conducting their businesses in line with best practices and in strict adherence to safety rules and regulations.

The association argued that contrary to the state government’s statement, all its members were duly licensed and authorised by the Department of Petroleum Resources (DPR) to operate petroleum storage facilities at Ijegun and have all requisite permits, and licenses from all appropriate agencies of government to operate.

It added that its member companies have their facilities mostly on the shoreline of the Ojo Creek Channel, with a considerable distance to community houses and were granted title by the land registry, federal ministry of lands and housing to use same for industrial or commercial purposes.

“It will be counterproductive to shut down or close the tank farms at Ijegun or at any place. Any shutdown or closure of tank farms will result in national economic crisis, energy insecurity, massive unemployment, banking and financial crisis.

“The shock in the banking sector will adversely affect other business and commercial activities. These might be difficult for the nation to bear.

“With the threat to shut down or close tank farms, we wish to state that our national economy and energy supply, marketing and distribution of petroleum products across the country will be adversely affected.

“It will include a resultant unprecedented negative impact on energy security, scarcity of petroleum products and long queues with attendant impacts on business, movements and safety will resurface in response to the cut in supply chain,” the association said.

The marketers emphasised that the cluster they currently occupy was a wetland, of which rigorous sand filling and shoreline protection were undertaken at great cost and thereafter pilling in line with best practices to sustain the structures thereon.

They stated that members had submitted documentations for regularisation, but that each company was arbitrarily charged approximately N300 million, which they said was not acceptable.

“With the present global economic outlook, this is outrageous and a big strain on our members,” the association said.

It maintained that tank farm owners at Ijegun have individually and collectively, as an association, expended over N2 billion in tackling some pressing infrastructural deficits and challenges within their corridor of operations.

These, the group stated included the rehabilitation of the entire stretch of Marwa road and reconstruction of Pioneer Road to Sappers Engineering Co Ltd (Nigerian Army Engineers) at the cost of over N500 million.

“The tank farm operations have contributed immensely to national economy through taxes, levies and charges to the federal and state governments, as well as the local governments where the storage facilities are located,” the association argued.