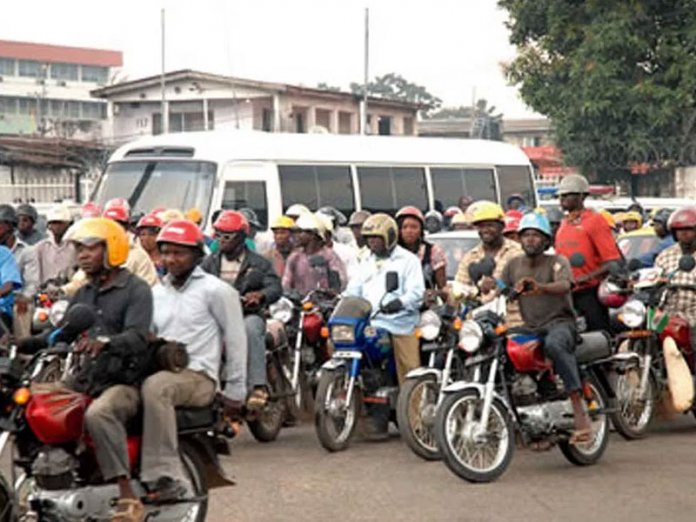 The Lagos State Government yesterday read the riot act to motorcyclists and tricycle operators in the state, insisting that restriction on Okada riders from plying bridges, major highways in the state was still in force.

The government also tasked all law enforcement agencies in the state “to immediately and continuously embark on enforcement on all restricted routes”.

Lagos State Commissioner for Transportation, Mr. Frederic Oladeinde, gave the order at a press conference held at Alausa in Ikeja.

According to a statement by Mr. Gboyega Akosile, Chief Press Secretary to Governor Babajide Sanwo-Olu, the transport commissioner said the game was over for traffic offenders, especially the menace and impunity of commercial motorcycles and tricycles’ operators in the state.

The statement titled, ‘LASG reads riot act to motorcyclists, tricycle operators’, partly read, “Following the flagrant violation of the traffic laws and other anomalies on the roads, Lagos State Government on Thursday read the riot act to motorcycle and tricycle operators, noting that the restriction on them from plying 10 major highways, 40 bridges and roads within six local governments and nine Local Council Development Areas in the state is still in force.

“The state government also expressed government’s displeasure at the disobedience to the Transport Sector Reform Law (TSRL) 2018 which restricts the operations of commercial motorcycles riders known as Okada and driving against
traffic, known as one way driving.”

The statement quoted Oladeinde as saying, “In spite of all the efforts of Mr. Governor to reform our transport sector, it is therefore disheartening to note a lot of our people are still going against the extant law of the state on transport operation and safe driving on our roads and in our communities. The State Government prioritises the safety and security of the people. As a government, we cannot continue to watch this lawlessness develop into an uncontrollable situation.

“I say the game is over because in the last few months, we have witnessed a lot of security and safety challenges apparently as a result of the activities of unscrupulous ‘Okada riders.’ These operators do not only violate the provisions of the Transport Sector Reform Law of Lagos State, 2018 with respect to restriction of
areas of operations, but perpetrate crime using their motorcycles.”

“With the upsurge in the number of commercial motorcycle operators, we shall intensify our enforcement strategy. This we intend to carry out along with the various transport union leaders. We will set up a joint enforcement team to ensure that our roads are sanitised from the menace of okada riders.